A Tradition of Excellence with Help 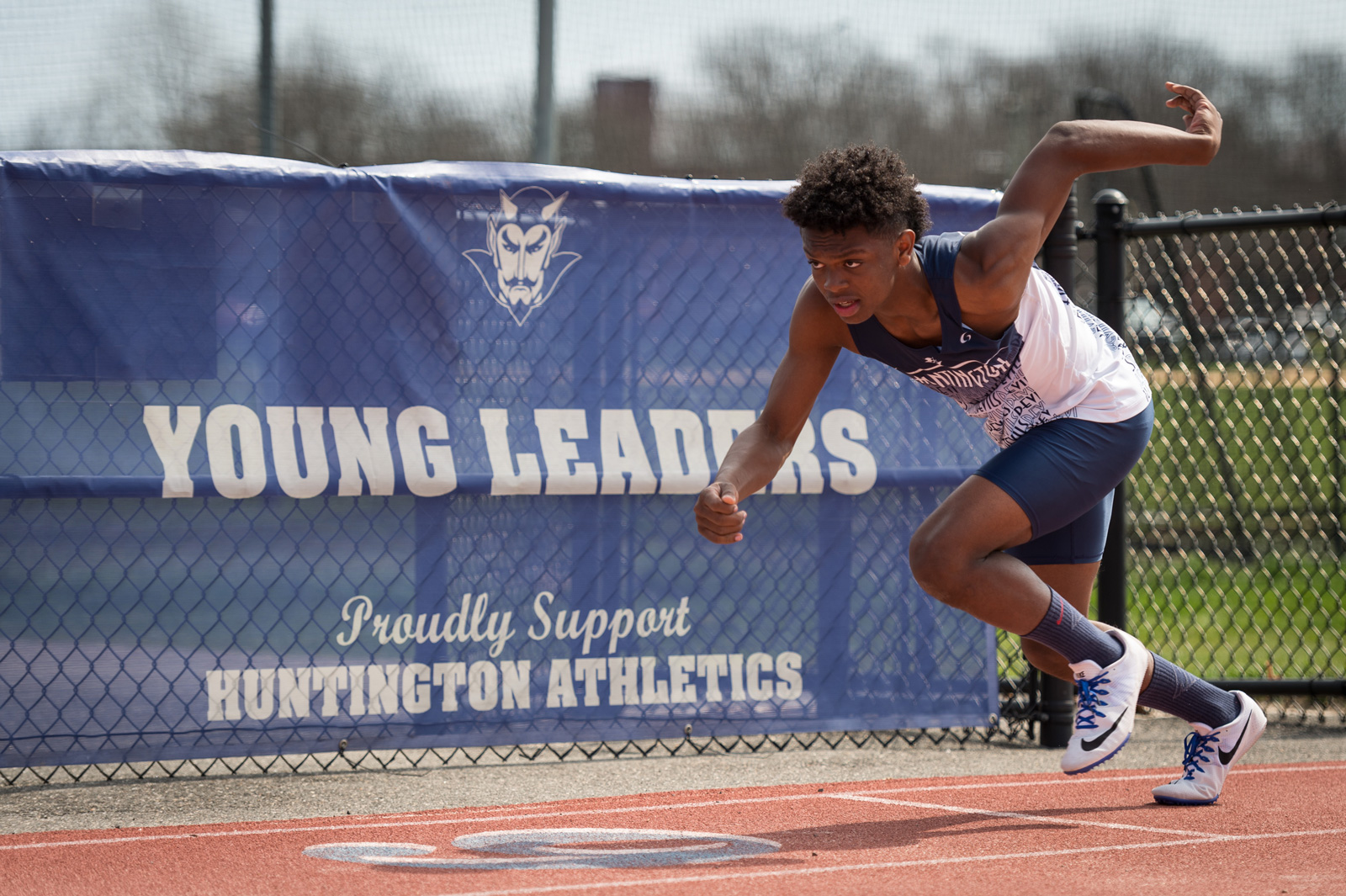 The Blue Devil sports program is expecting another great year filled with record book performances and league, county and state honors for Huntington’s teams and athletes. Want to be a part of it all? 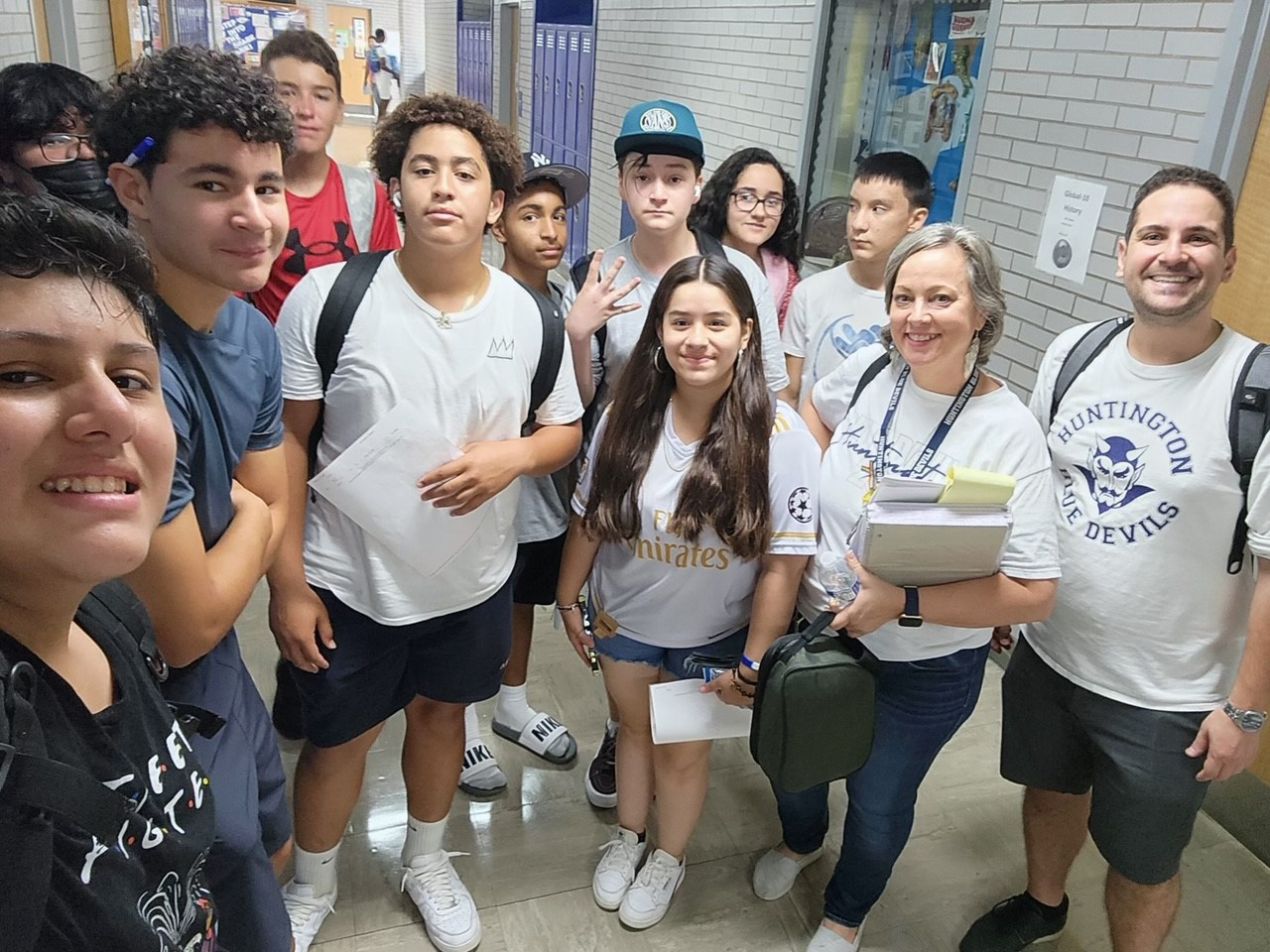 About The Huntington PTA Council 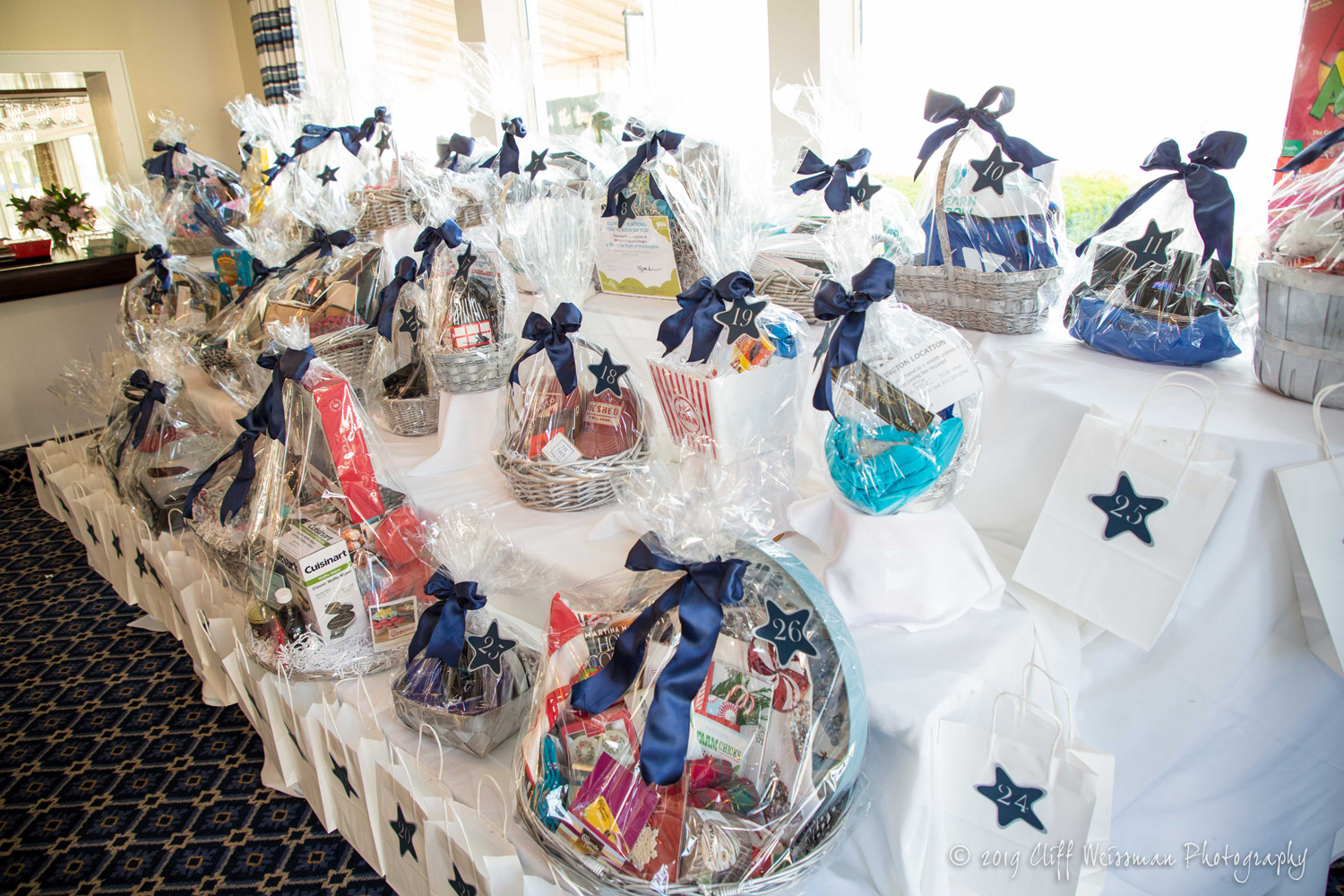 The Huntington School District has one of the longest and proudest traditions of any district in the country. For nearly 100 years, the Parent Teacher Association, or PTA as it is widely known, has been an active partner with the educational professionals responsible for educating the tens of thousands of students who have moved through district classrooms.

The forerunner of Huntington’s PTA was formed in 1923 at what was then known as Lowndes Avenue School in Huntington Station. After the building was doubled in size over parts of 1926/27, the school was renamed in honor of former President Theodore Roosevelt. The dedication ceremony drew dignitaries from across the town and was even attended by Mr. Roosevelt’s widow, Edith and his fifth child, Archibald.

“The nucleus of the first PTA of Lowndes Avenue School/Roosevelt School, consisting of about six parents, met together in Room 115 to discuss ways and means of providing free milk to a large number of undernourished children whose parents were economically unable to supply their children with the necessary amount of milk for good health,” wrote Roosevelt Principal Agnes B. Bailey in 1958. “This was about 1923.”

The parent’s milk campaign was the start of something special in Huntington. “At this time we were buying milk in quart bottles (retail price) and serving it in paper cups,” wrote Mrs. Bailey. “The front of our auditorium was the area used for this purpose.”

The group’s first organized fundraiser was a roast beef dinner prepared and served on the second floor of the old four-room School Street School. It was located across the street from the current Jack Abrams School parking lot (the one with the basketball courts on the south side of the building).

After a period of rapid enrollment growth, Lincoln School was erected on E. 9th Street in Huntington Station adjacent to St. Hugh of Lincoln Roman Catholic Church in 1923/24. (Woodbury Avenue Grammar School was built at the same time.)

By 1925 the parents of Lincoln’s students had affiliated with parents from Lowndes Avenue School to organize the district’s first PTA. “The first two years this organization included parents and teachers from both Huntington Station schools,” according to Mrs. Bailey.

By 1927 “the parents in Roosevelt School felt they could do more for our children working as a separate unit, so they withdrew and formed their own PTA,” wrote Mrs. Bailey, who served the district as a principal for 36 years, longer than anyone else.

“Our PTA over many years has contributed much to the welfare of our children,” wrote Mrs. Bailey. “I recall programs of free milk when needed, graham crackers with milk for all children, [and] the purchase of a radio. During the war, a program was set up to supplement family budgets; in some cases eyeglasses, tonsillectomies, and many other necessary and worthy causes.” 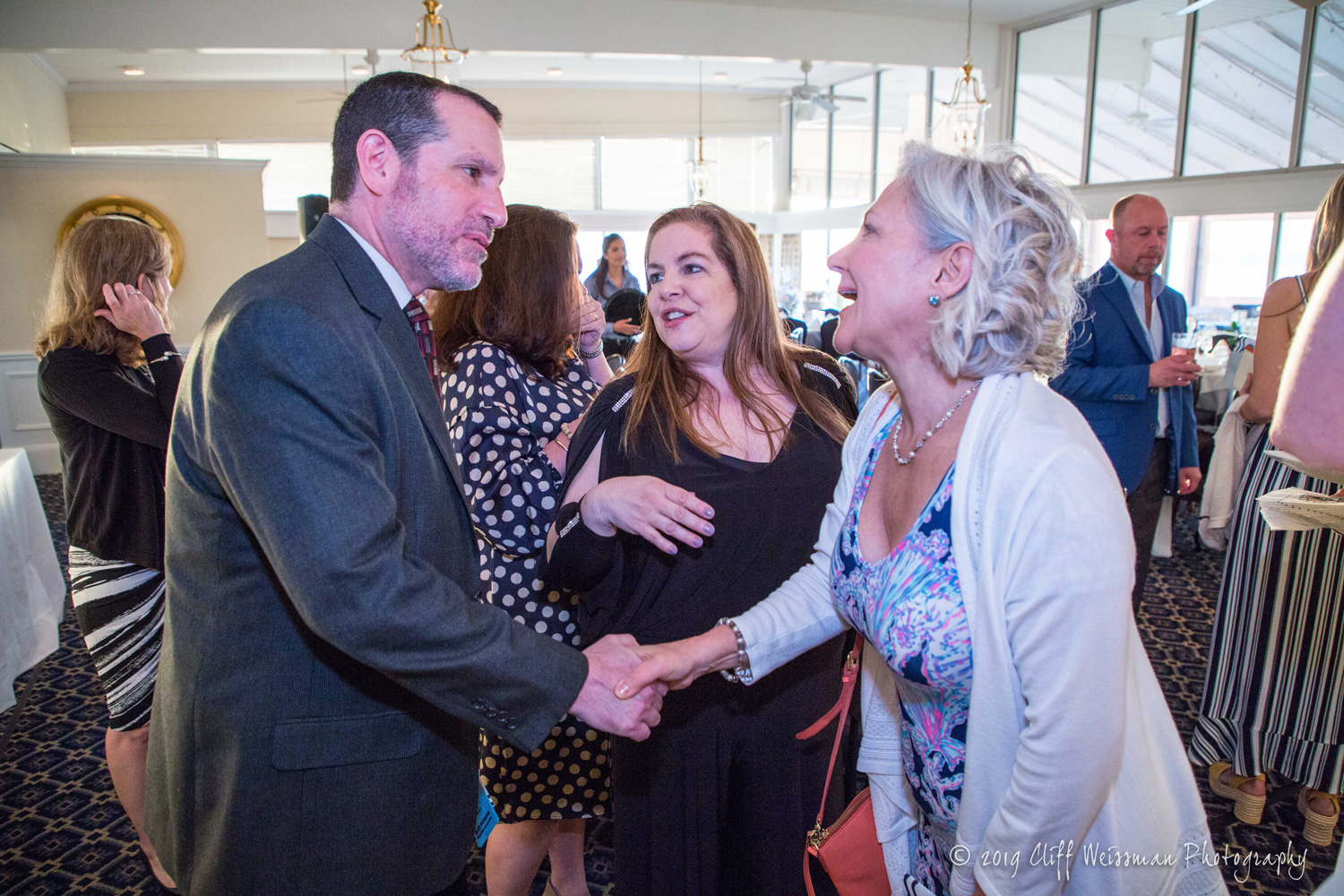 Mrs. Bailey was in a unique position to see the genesis and growth of Huntington’s PTA. Her career in Huntington began on September 7, 1921 as a fourth grade teacher at Lowndes Avenue School. The next year she moved to the eighth grade level. In 1924, only her third year in the district, she was elevated to principal of the school.

Regarded throughout the community as a no-nonsense principal, Mrs. Bailey had a stern appearance that discouraged anyone from challenging her. She was said to have run her school with an iron hand. Prior to the opening of Robert K. Toaz Junior High School in 1939, Lowndes Avenue/Roosevelt School accommodated students from kindergarten through eighth grade.

After 36 years as principal, and 38 years in the district, the 65-year old Mrs. Bailey decided it was time to call it quits. She sent a letter to Superintendent J. Taylor Finley on March 23, 1959, announcing her intention to resign for the purpose of retirement, effective at the close of the school year in June.

“The parents of our PTA have always been cooperative with one primary objective in view – that of the welfare of children,” wrote Ms. Bailey.

Over the past 90 years, the PTA in Huntington has spearheaded countless initiatives in every building and on every grade level. It has been responsible for raising hundreds of thousands of dollars, if not millions, to promote and enhance the educational experience of young people of all ages.

The memory of Mrs. Bailey has virtually disappeared from the community’s consciousness, although at least one current high school teacher aide still recalls the legendary principal. It was Mrs. Bailey and a group of dedicated parents that gave birth to Huntington’s PTA, an organization that continues to make the district and its schools a better place.

On behalf of our nine Huntington PTA units, I want to thank you for your interest and participation. We are a district-wide group of parent and teacher volunteers aspiring to be a voice for all the families in our district, a resource for administrators and staff, and powerful advocates for every child in the Huntington district.

This year is unlike any other. Our fundraising, events, and meetings look different during the Covid-19 pandemic. Despite our presence in our schools being virtual (for now), We are still committed to providing opportunities and resources to our School Community. We need your help, ideas, and energy now more than ever. Please consider both joining your child’s PTA unit(s) and joining our meetings. All PTA meetings are posted on the interactive district calendar.

National PTA’s mission is to make every child’s potential a reality by engaging and empowering families and communities to advocate for all children. We are the oldest and the largest child advocacy association in America, comprised of over 24,000 local PTAs and over four million members. “Every child. One voice.”

Your membership makes a measurable difference. Last year our Huntington students were the recipients of thousands of dollars and hundreds of hours donated by our community to PTA. Among the many services we provided were family engagement events, Arts in Education programs for our schools, school beautification projects, child anxiety and stress informational programs, a senior scholarship, a “get to know the high school through its students’ eyes” program, thank you lunches for our amazing staff, and input into the district’s budget process.

We look forward to another great year and hope you will join us. You can reach us at HuntingtonPTACouncil@gmail.com. 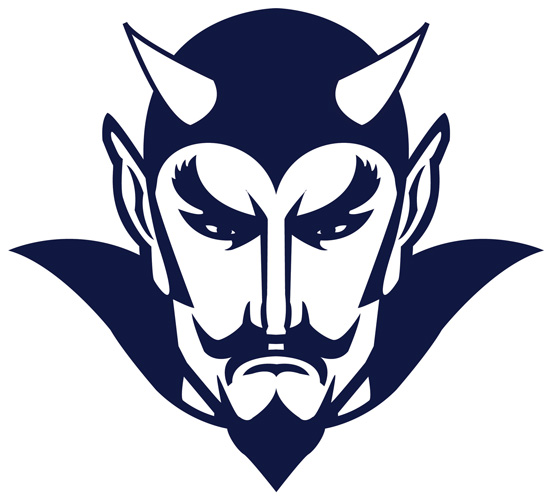