The Blue Devils host Bay Shore on Thursday at 4 p.m. It’s Huntington’s season opener. After graduating most of its starting lineup, the Blue Devils will be fielding many new faces. 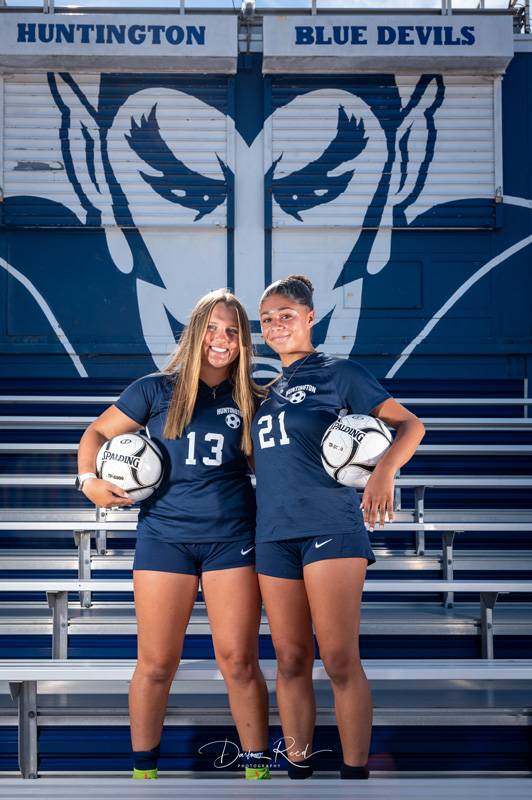 Head coach John Walsh and assistant coach Vincent Tannazzo are generally pleased with how the opening weeks of the season have unfolded with both feeling players have been putting in plenty of effort. Most practices have been at Manor Park on the town’s new turf field there. Huntington hosted powerful Connetquot for a scrimmage last week.

Reese Rinaldi is the Blue Devils’ goalie following the graduation of Makaylah Frazier. Finley Middle School eighth grader Ava McDonald has made a splash on the varsity and could start.

With so many new players on the varsity, no one knows exactly what to expect. Only 10 players are returning from last year’s team and two of those are currently sidelined with injuries.

But don’t sell these Blue Devils short. Bilkey and Forte play at 110 percent at all times and both are vocal leaders. There are many experienced soccer players in the lineup.

“A lot of the girls are pumped up and super excited,” Bilkey said. “We’re pushing ourselves and preparing for a good season. I’m ready to see everyone in full action!”

Huntington travels to Walt Whitman on Saturday for a 2 p.m. game. The Blue Devils host Lindenhurst next Wednesday (September 14) at 4 p.m. Huntington plays at Commack on Saturday, September 17 at 10 a.m.

“Our practices have been looking really good and now it’s just about putting all of the pieces together,” Forte said. “We are working really well together and I’m excited to see what we can do on the field.”