The summer vacation is officially over. Students, faculty and staff are returning to classrooms on Tuesday morning with renewed enthusiasm as the Huntington School District swings back into action with high hopes for its best year ever.

A few years after the town was settled a group of community members came together to hire Jonas Holdsworth as the first school teacher in Huntington. He commenced class on February 11, 1657 in a private home. Huntington UFSD traces its origins to that day, 365 years ago. 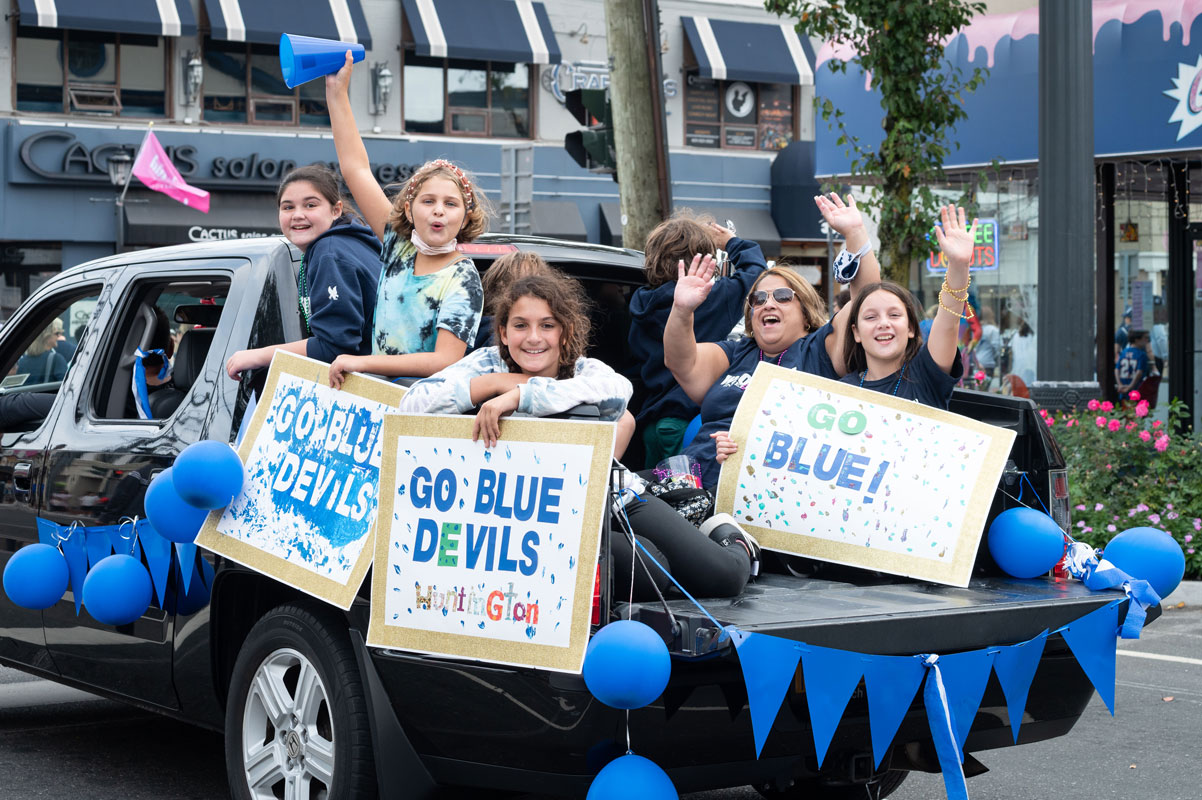 Few communities in the country can match such a long association with public education. Teachers came and went, but classes continued without interruption. The first public schoolhouse was erected in 1660.

All these years later, Huntington UFSD is stronger than ever and just as vital to the community and its young people as ever.

“There is newfound pep in everyone’s step as we open for the 2022/23 school year … one that has been missing for the past few years in the pandemic’s wake,” Superintendent James W. Polansky said. “Students, staff and families have brought their energy and enthusiasm to a new level, which likely results from a combination of regaining a sense of normalcy, the positive changes to our school facilities and programs, and the general excitement always attached to a new school year. I can’t wait for it myself!”

Huntington UFSD’s eight buildings have never looked better after a summer filled with renovation projects, including the installation of air conditioning in classrooms across the district.

Huntington High School is opening its doors on Tuesday to nearly 1,500 students spread across grades 9-12. Today’s high school faculty members and students are continuing a very long tradition that few can match in the state.

“We are so excited for the start of the new school year here at Huntington High School,” Principal Brenden Cusack said. “Our faculty and staff have been preparing for this day throughout the summer as have our custodial and buildings and grounds staff. The high school building looks beautiful as we have been treated to a number of upgrades including a brand new lobby and main hallway, which look spectacular, as well as a state-of-the-art video broadcasting studio, which is sure to be a new student favorite!”

Since 48 leading citizens came together in 1793 and pledged the funds needed to erect a school building devoted to providing the young people of the community with a classical high school education, Huntington has been on the cutting edge of classroom instruction and has been sending its graduates to the top colleges in the country and into every imaginable career field.

The Huntington Academy was a two-story structure with a belfry. It was built on a hill across the street from the Old First Church. The site is now occupied by Town Hall.

The New York State Legislature passed a law on April 13, 1857 authorizing creation of the Union School District of Huntington. It is said to have been the first district organized in the state for providing public education beyond eighth grade.

Huntington Academy was demolished in April 1858 and the Union School was erected over that same summer. It offered the young people of the community an educational program through twelfth grade. The building opened in November 1858 with Algernon S. Higgins as its first principal. He also taught most subjects. Enrollment totaled 220. The first class numbering six seniors was graduated in 1862.

“We are filled with optimism as we move into the new school year and our focus is to finally return to many of the activities and events that make Huntington High School special,” Mr. Cusack said. “The energy here among the staff is palpable and our incoming freshmen seem excited as well. We hosted, by far, the largest group of freshman students and parents in recent memory at our freshman orientation and our newly expanded freshman seminar was attended by over 80 of our new students, who are truly ready to hit the ground running.”

With the near unanimous support of the Board of Education, the Union School began offering free education in 1864. The Union School formally changed its name to Huntington High School in 1897.

Today’s Huntington High School is well known throughout the state for providing a very well-rounded education. Mr. Cusack has repeatedly expressed his pride in serving as principal of the school.

“Looking ahead, we are anticipating an amazing turnout for our Homecoming activities beginning on October 20 with our bonfire, which is truly a spectacle to behold,” Mr. Cusack said. “I am so fortunate to continue to serve our kids and community in my eighth year as principal of our amazing school.”