Six Huntington High School football players won post-season awards after turning in fine seasons for the Blue Devils. They will be feted at an upcoming county awards dinner. 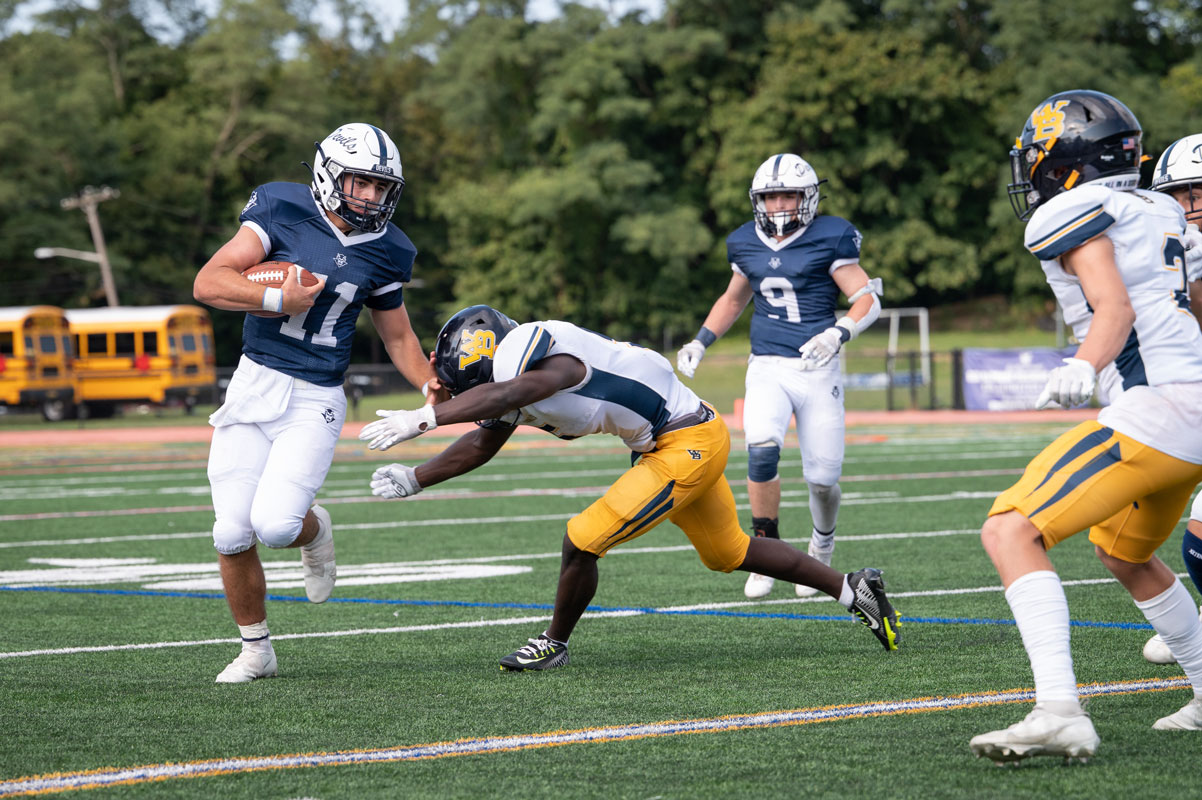 This marked Huntington High School’s 99th season of varsity football. The first team took the field for a game in October 1924. The program traces its founding even earlier to 1895, but the teams in that era were not school based and weren’t comprised exclusively of high school players. They were town teams with rosters filled with players of a variety of ages.

Huntington quarterback/defensive back Zach Howell was named the regular season Division MVP in both 2005 and 2006.