After helping lead the Huntington field hockey team to a school record 14 wins, Laurel Bonn and Carlee Schultz were tapped to play in the Suffolk Senior All-Star game where they shined.

One of the top ten offensive players in the county, Bonn scored 14 goals and added six assists while playing for the Blue Devils this fall. Schultz was Huntington’s magnificent and fearless goalie, recording eight shutouts and stopping 97 shots. 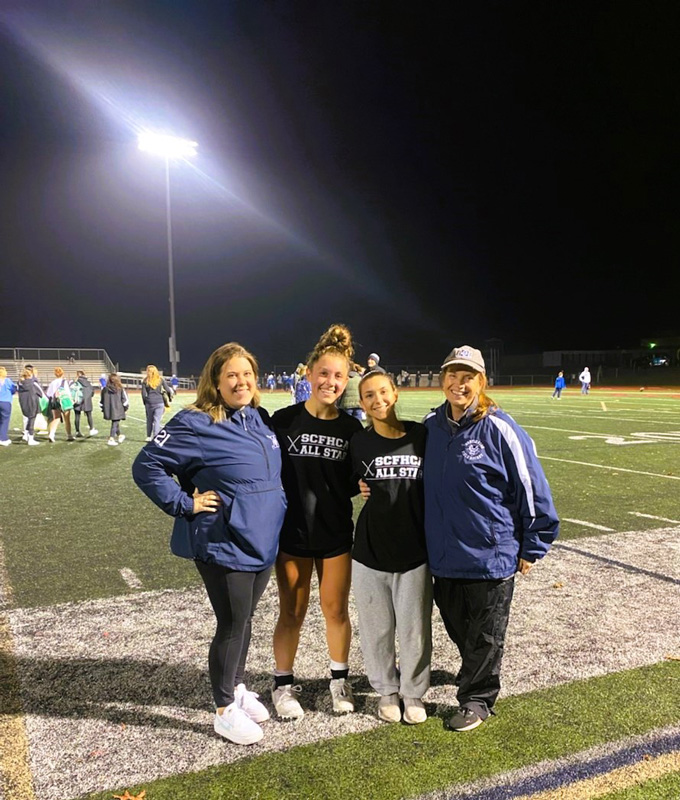 The Senior All-Star game played out under the lights at Miller Place High School. Bonn scored a pair of goals and Schultz played well in goal, making several saves.

“It was an honor to be selected to play at the senior All-Star game,” Bonn said. “It was a very fun and intense environment where everyone was playing their hearts out. It was kind of ironic playing with these other seniors and being coached by different teams’ coaches, who were my opponents only a few weeks ago. I was beyond excited to get back out on the field and I’m proud of my performance. No matter what I do, I don’t think I’ll ever be able to put down my field hockey stick.”

Bonn scored the first of her two goals on a penalty stroke in the opening minutes of the game. The Blue Devil star later put her team ahead after stealing the ball in front of the opponent’s cage and executing a reverse shot.

Huntington coaches Kathy Wright and Allison Conlon along with the player’s parents and friends were among those in the crowd.