Huntington High School is filled with creative kids. The teenagers taking Advanced Photography with art teacher Pamela Piffard are among the most gifted.

To create the images they took a photo of the background along with several images of their model moving around in the space. “It was important that the camera on a tripod never moved from one exposure to the next,” Mrs. Piffard said. “The students then imported the images into Photoshop where they layered them on top of each other and used layer masking to combine the images into one.”

Adobe states that “layer masking is a non-destructive way to hide parts of an image or layer without erasing them. They’re great for making image composites, modifying background colors, removing or cutting out objects, and targeting your edits so they affect only certain areas, rather than the entire layer.”

“It’s a fun and fairly simple technique that has a great end result,” Mrs. Piffard said. “My students did a great job with this assignment.”

A Huntington UFSD faculty member since 1998, Mrs. Piffard studied at the Fashion Institute of Technology, earning an associate’s degree in photography in 1996 and then obtained a B.A. in photography and a state teaching certificate at Parsons School of Design/New School University in 1998. She received a master’s in graphic design at Long Island University – C.W. Post College in 2003.

The faculty member’s love affair with photography started early in life. “I first took a class in middle school,” she said. “I wanted to do it because my sister had liked it. Immediately I knew it was a passion. By the time I was 14, I had my own darkroom and I spent every spare moment printing.”

By the time Mrs. Piffard was 15, she was already shooting local bands and the following year as a 16-year old she was working for Under the Volcano fanzine and had done three albums.

What’s her advice to aspiring photographers? “To get started just shoot a lot and keep doing it,” Mrs. Piffard said. “Network as much as you can and show your work to anyone who will look at it.”

She’s a popular teacher, and many students spend their free periods in the photography room. Teenagers find her easy to talk to and sincerely interested in what they have to say. Lots of graduates stay in touch with Mrs. Piffard from all points across the country and the world, years after leaving Huntington High School. 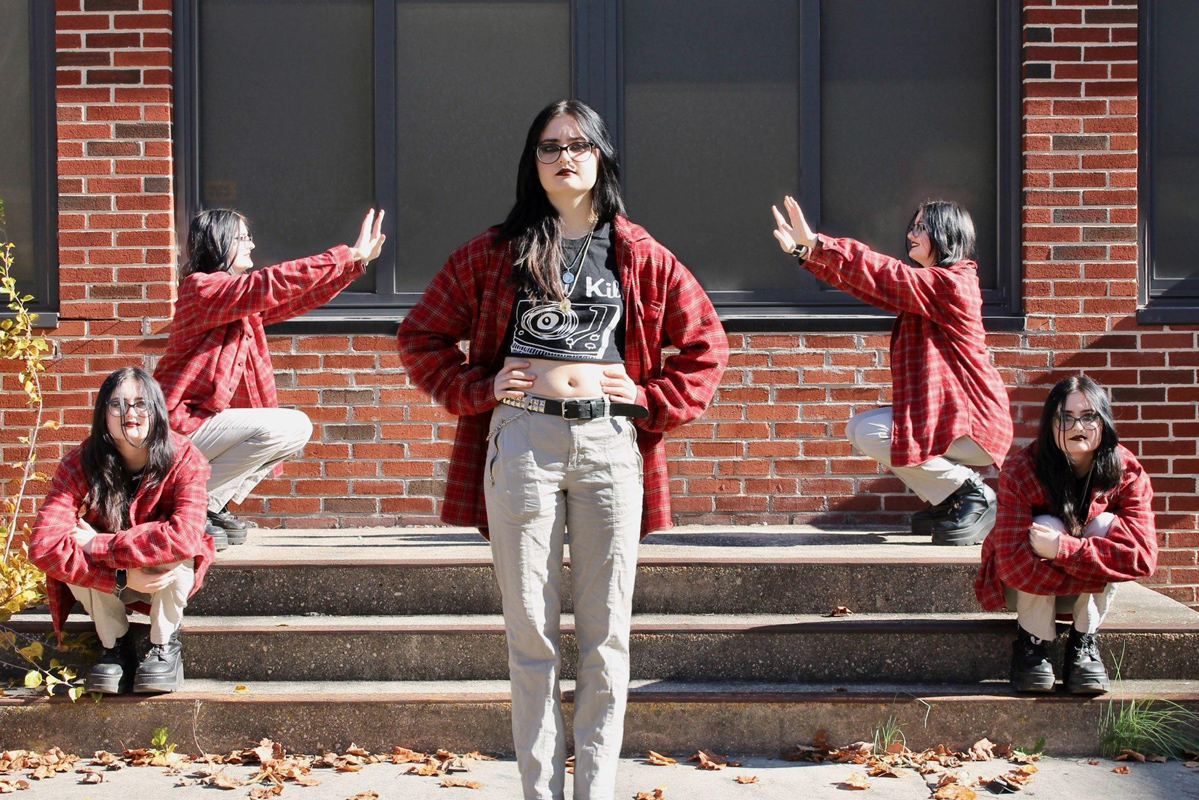 Here's an excellent example of layering masking in photography. 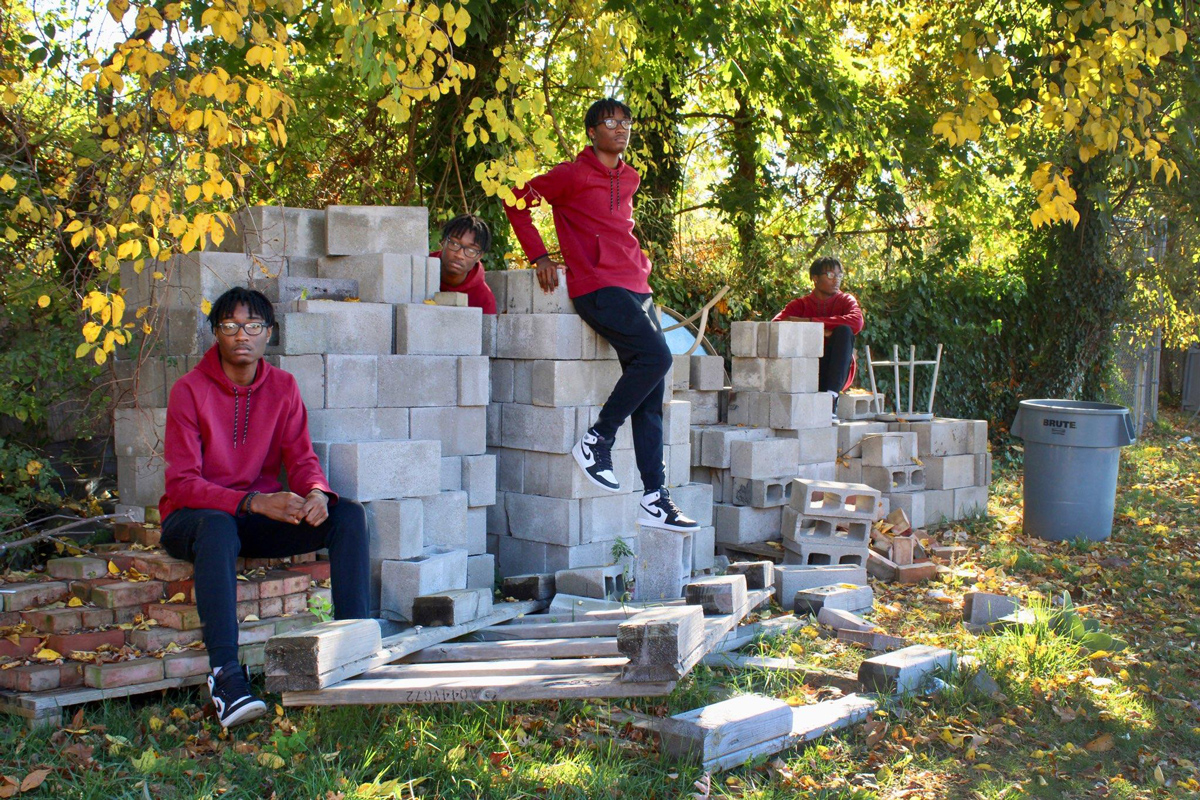 Marvel at this multiple image photograph. 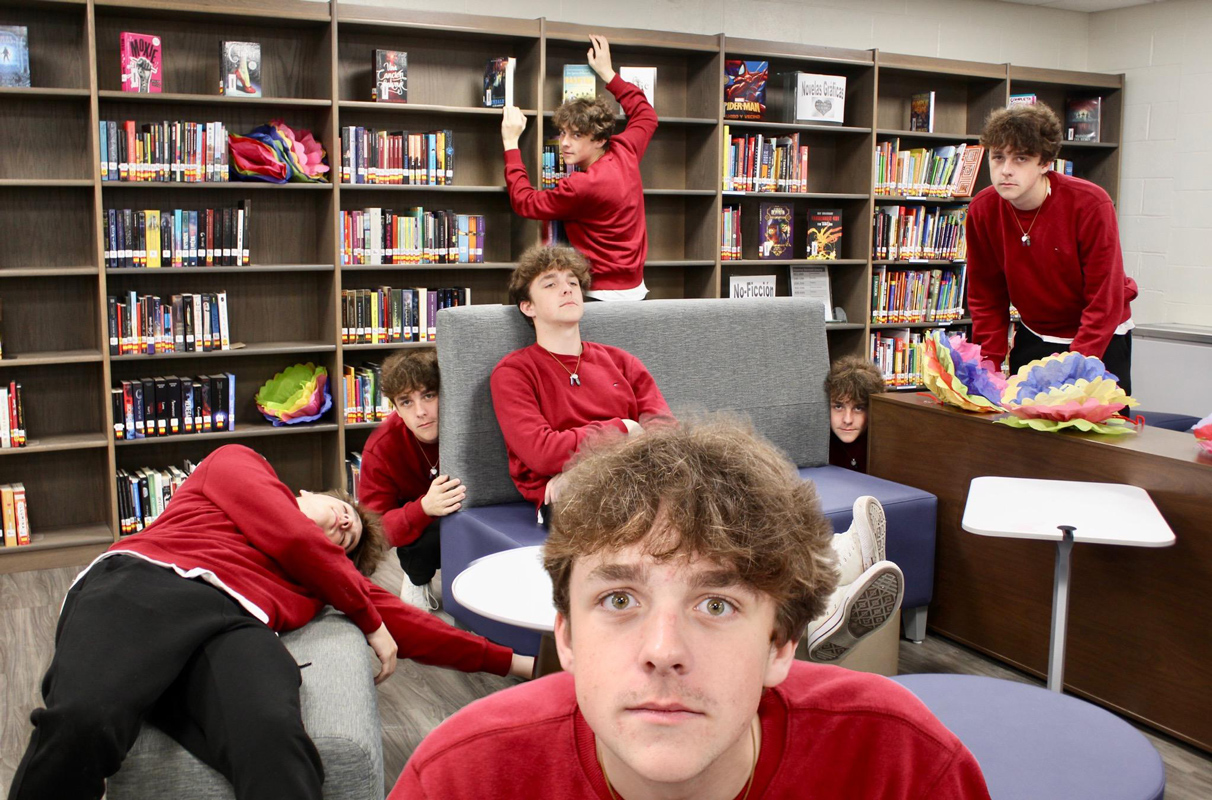 Take a close look at the seven people in this photo.

Here's an excellent example of layering masking in photography.

Marvel at this multiple image photograph.

Take a close look at the seven people in this photo.