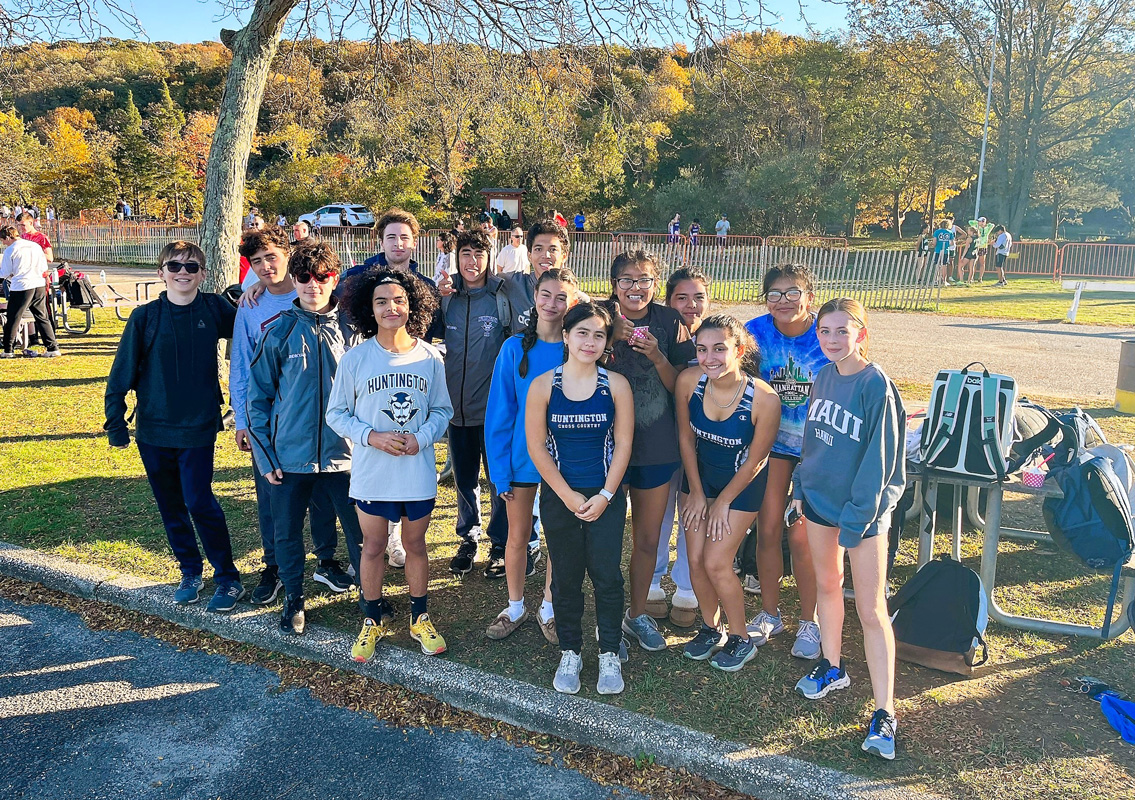 Armstrong covered the 5K course in a time of 17:19 to place sixth overall in the championship race, which gave him a berth in the state qualifier a week later. While the Blue Devil boys were in the midst of their final warmups for the team race, Section XI officials cancelled the remainder of the competition, including the girls races due to poor course conditions, including heat and humidity.

When the action resumed later in the week, the Huntington boys turned in one of their best performances of the fall with Rotunno clocking 19:02 for his best Sunken Meadow time. Seitz ran a personal best 20:09 with Ethan Goleski (19:42), Perez Castillo (21:31), John Joyce (22:26) and Michael Mendikyan (23:24) following across the finish line.

Huntington needed its fastest five runners to average 19:30 to advance to the state qualifier, but fell just three seconds short with an average of 19:33.

“These guys left it all on the course,” Blue Devil head coach John Romano said. “I’m proud of the work they put in over the past few weeks to get to this position. A few weeks ago I would have never thought we’d be this close to qualifying. I know we came up a little short, but I’m extremely proud of these guys. To mentally and physically prepare for a race and for it to be cancelled and then to come out a few days later, throws off your entire routine. They fought through it and put their best effort.”

The Blue Devil girls wrapped up their season with personal best times and many happy farewells. Kiley Barch and Jessica Kuom turned in personal bests as the top two runners on the team. Barch’s time of 23:46 sets her apart as Huntington’s No. 1 runner with Kuom’s time of 24:04 puts her in the No. 2 slot.

Talia Addeo also shined. In her last cross country race as a Blue Devil, the senior helped her team finish in the top ten in a field of 22 high school squads. The teenager has been a sensational teammate and never failed to give her best effort in practice and on meet days.

Huntington’s seniors were recognized by their teammates and coaches with posters filled with photos commemorating their respective careers. Romano and girls’ coach Mark Jackson spoke about the seniors, paying tribute to each of them for all they have done for the Blue Devils.