The Blue Devils faced serious challenges in an inordinately tough league, but the players did their best and represented Huntington well. The 24 player squad was coached by John Walsh and Vincent Tannazzo. Forte and Bilkey were the team captains. 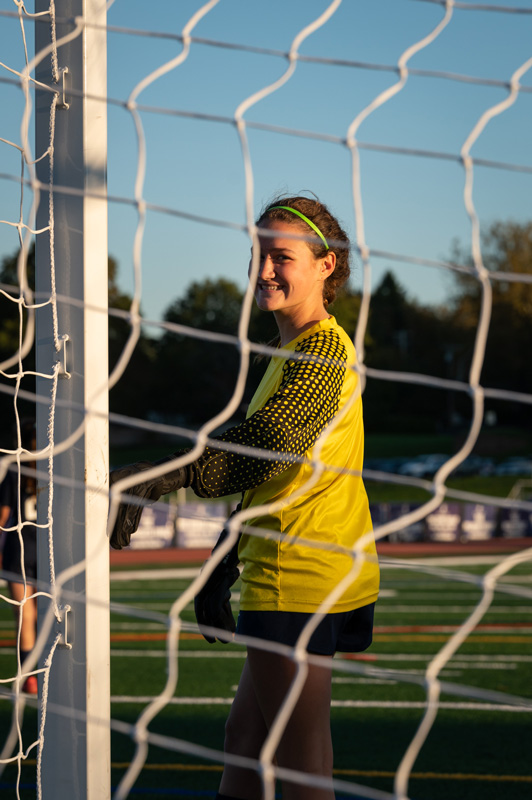 “We were a young team that had a hard time competing with more experienced teams,” Walsh said. “We believe our young players will grow together as we move forward.”

Forte and Bilkey have been mainstays on the field for the varsity for several seasons. They both played their hearts out for Huntington as seniors. “Hope was able to run down some breakaways by our opponents and Gianna took all of our free kicks, which worked out well,” Walsh said.

Rinaldi also played well as the team’s goalkeeper. “Reese grew as a goalie and kept us in some games,” Walsh said.

The team raised monies for the American Cancer Society and also staged a practice at J. Taylor Finley Middle School and then stayed and watched the seventh and eighth graders play a game.

The addition of a second girls’ soccer team at Finley is expected to pay dividends in the near future. “Having two teams will make a great impact on the program,” Walsh said. “The two coaches are on the same page as I am.” The second team allowed twice as many players to participate this fall.