With the YMCA’s Camp Greenkill closed and sold as a result of COVID-19 related financial losses, Huntington UFSD officials made arrangements for the annual sixth grade outdoor education trip to relocate to Frost Valley in the Catskill Mountains, a couple of hours north of New York City. But the ongoing pandemic put the brakes on that excursion, too. So trip coordinators Susan Curtin and Keith Meyers coordinated alternate arrangements to meet the needs of hundreds of students.

“Throughout the month of May, I have planned activities for sixth graders to make up for the cancelled trip to Frost Valley, which would have happened in March,” Mr. Meyers said. “These activities are similar to the outdoor education programs that were to be implemented at Frost Valley.”

“While there, the students are learning about natural species and about the land at Caumsett and how they are trying to return it to its natural form,” Mr. Meyers said. “They saw a stick bug up close, learning how it camouflages to survive. We also saw a box turtle and discovered what it eats and how it survives. We engaged in learning activities about other animals living in the area.”

The Woodhull sixth graders were able to go on an interpretive hike in the woods. Groups of students were given a tablet to take pictures of whatever they found interesting. “It was a great way to connect to the outdoors, having wildlife features being pointed out to them as they walked through the woods,” Mr. Meyers said. “The children enjoyed the break from the classroom.” A grant from the New York State Office of Parks, Recreation & Historic Preservation is covering the cost of the trip.

Students have also been attending a pair of assembly programs at their respective school building. “One assembly was on snakes and reptiles,” Mr. Meyers said. “We arranged to have ‘Ranger Eric’ [Powers] from CEED’s (Center for Environmental Education and Discovery) Art and Nature Group and his team bring various live animals. They came to both Woodhull and Jack Abrams STEM. The children saw lizards, snakes, a turtle and other reptiles. The presenter walked the reptiles around the room so that each child got a chance to touch it, if they so desired. The students learned how these reptiles survive, adapt to their environment and other fun facts.”

“One of the best parts was the reptile staff,” Woodhull sixth grader Rhys Carillo said. “They were interesting and also funny.”

The highlight for many came when the presenter asked for eight volunteers to lie down in the front of the room and have a baby snake slither across them. “Once the children were lying down, he said the snake was tired and brought out a much larger snake to slide over them,” Mr. Meyers said. “This brought out much excitement to the audience and two children relinquished their volunteer position. Two more volunteers were easy to find as numerous hands were in the air begging for the opportunity. This teacher was not one of those volunteers.”

A second assembly titled “Birds of Prey” was presented by Quogue Wildlife. “They brought in many birds of prey, including falcons and owls,” Mr. Meyers said. “The children were amazed to see these birds up so close. Each time a different bird was brought out, there were oohs and aahs from the children. They learned how the birds hunt for food and adapt to their environment. The birds were a big hit at the school, even drawing in some secretaries and other support staff that were curious to see them.”

Students heard about threats to the birds, including those involving pesticides and other substances. The youngsters learned about how one man brought three species of birds back to his property by eliminating the use of chemicals on the grounds.

“The Great Horned Owl was blind and could only hear,” Woodhull sixth grader Tulsi Singh said. “What impressed me the most was how they brought birds that had a disability and taught us about them and what happened to them.” 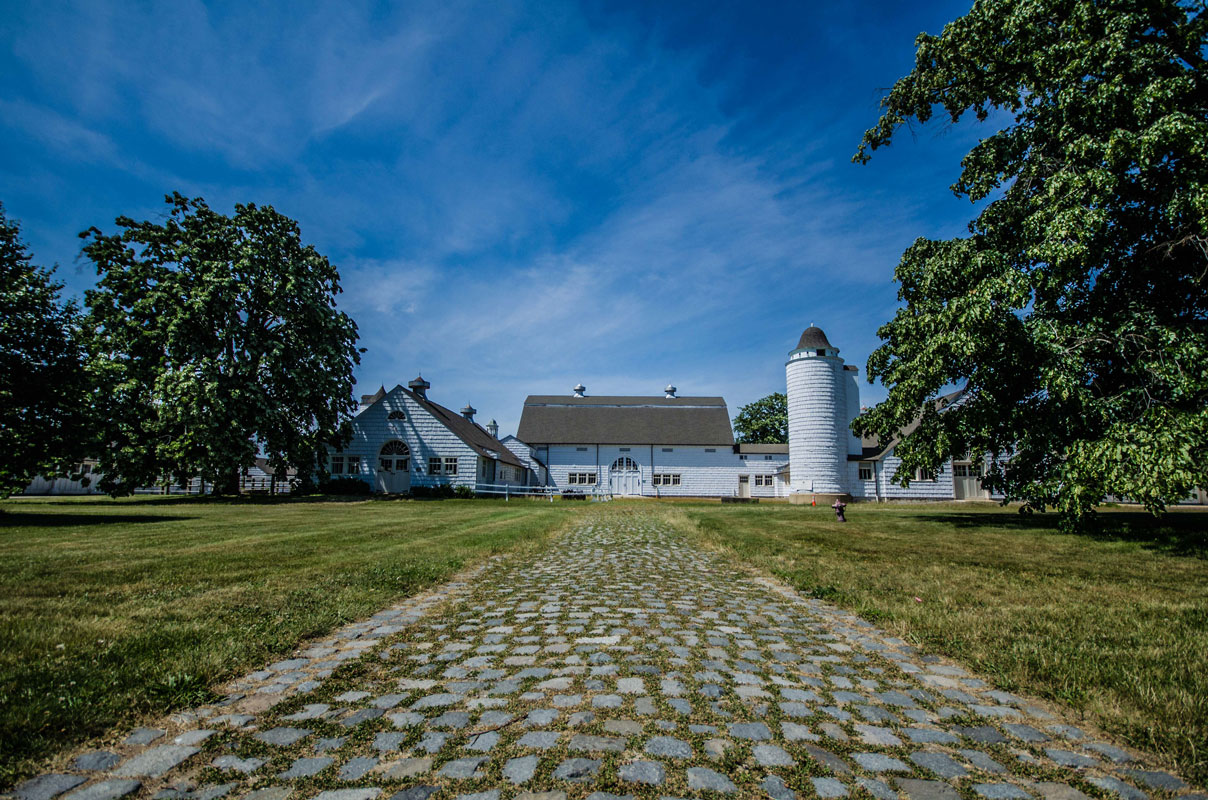 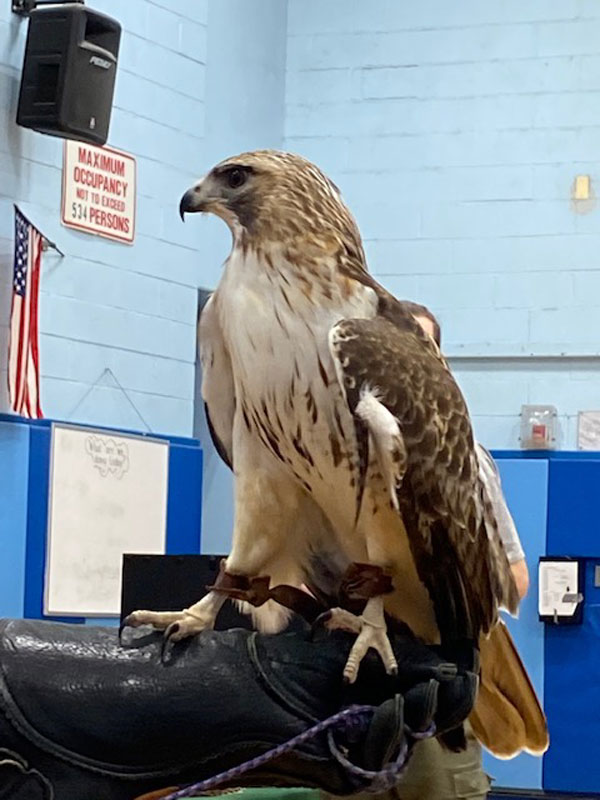