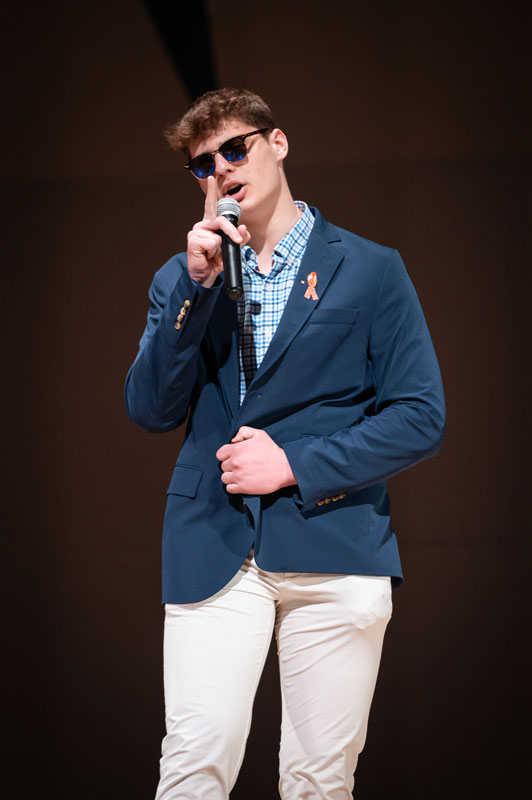 Charlie Girimonti's cover of Avicii's Wake Me Up got the crowd dancing. (Darin Reed photo.)

This year’s show was dedicated to Rachel Antorino, the daughter of Huntington High School English teacher Aimee Antorino. Rachel lost her battle with leukemia in August 2018. She was just 14 years old. In her memory, Ms. Antorino created the foundation, Rachel’s Dance for the Cure to help relieve the financial burden placed on families of pediatric cancer patients.

All proceeds from Friday night’s show will be donated to Stony Brook Hospital’s children’s oncology unit. Visit www.rachelsdanceforthecure.org to learn more about Rachel’s Dance for the Cure. Rachel Antorino attended many past K-Factor events, even singing and dancing with Mr. Schwendemann.

Key Club officers Charlotte Cheshire, Morgan Colleluori, Alexis Kaloudis, Sarah Berry, Victoria Befumo and Ainsley Proctor along with faculty advisors Gina Colica and Kelly Krycinski organized the show right down to the smallest of details and the end result was impressive as the large crowd enjoyed a great night of entertainment. Dozens of Key Club members assisted behind the scenes.

The team of judges included Joseph Cohen, Anna Fabella, Lorena Hickey, Elizabeth Casazza, Youlanda Carey, Paige Tyree Furman, Kenneth Donovan and Patricia Avelli. The group sat at tables in the orchestra pit and took notes on each of the acts before retiring to discuss the performances.

When the group returned, Ashley Genao, who sang Selena’s “Como la Flor” and got the audience dancing, was presented with first place honors. Dance partners Naysa Escobar and Zaida Correal captured second place with a fun number from “Encanto.” Freshman Josie Sullivan garnered third place after singing a lovely version of Adele’s “All I Ask.”

“It was a night that I’ll never forget,” Ms. Genao said. “Como la Flor” is the last song Selena ever sang live.

For the first time ever, the show included Life Skills program students performing a fun-loving dance with the help of the Huntington Highsteppers.

The first ever teacher solo act featured art teacher Jenna Rinaldi displaying her iconic dance moves to a mix of 2000s hip hop music. The winner of the teacher solo competition, Ms. Rinaldi raised about $200 for Rachel’s Dance for the Cure.

This year’s inspiring tribute number dedicated to Rachel Antorino was an original song titled “Lift,” which was co-written by Ms. Krycinski and Michael Zigon, the high school stage crew manager. The song was performed to remind audience members to always have hope and focus on the good, regardless of what life hands up.  The song included drummer Jon Schreckinger of the popular Long Island band, The Zigons.

The show included many highlights, including when seniors John Chirico and Matt Lange took the stage and had a blast with a surprise comedy singing act. The crowd loved it.

The Key Club remembered the life of senior David Fuentes with a moving song titled, “Is There Something In The Movies,” performed by freshmen Vincenza Garofolo and Emily Kustera.

The show closed with a bittersweet cover of Bruno Mars’ “When I Was Your Man,” performed by the fully uniformed Blue Devil girls’ softball team. For the grand finale, senior Charlie Girimonti thrilled the crowd and got them out of their seats and dancing with his cover of Avicii’s “Wake Me Up.” He even took a selfie on stage with the whole crowd.

“The show turned out to be one of the greatest experiences of my time at Huntington High School,” Mr. Girimonti said.

The evening included about two dozen separate performances during the two act show. “We would like to acknowledge Michael Schwendemann for being a phenomenal host for the eleventh year in a row,” Ms. Krycinski said. “We would also like to include a shout out to the high school stage crew for a flawless job in making the sound and lights run beautifully.  Both Victoria Garbarino and Mike Zigon worked tirelessly to make sure that every number was prepared and ready to shine. The Huntington PTA, National Honor Society and United Amigos helped to raise money at the concession stands and Aimee Antorino did a wonderful job of selling ‘Rachel-wear’ in order to raise awareness and money for the foundation.  The Key Club and its officers, led by senior Charlotte Cheshire, are to thank for the success of the show. All of their hard work, time and dedication paid off.”

The K-Factor draws its name from Huntington High School alum and former Key Club member Kaila Harlan. A member of the Class of 2009, she was diagnosed with leukemia while attending college. Her alma mater organized the first show to help raise money to cover expenses related to her treatment. She passed away on August 29, 2013 at age 22.

Dozens of local businesses donated raffle items, which helped raise thousands of dollars for the cause. Building and district administrators and Huntington School Board members were among those in the crowd.

“As a testament to the show and its power to bring the community together was the number of alumni who came back to see it,” Ms. Colica said. “Former Key Club presidents and graduates Nick Haupt, Molly Kessler and Erica Vazquez were all present at the show and willing to help run it and pitch in. It’s a beautiful event for so many reasons. We honor the memory of Kaila Harlan, for whom the show was named and we remember the amazing Rachel Antorino, who used to dance across the stage at the show as a child. In addition, we raise money for children at Stony Brook Hospital who are battling cancer and we get to watch our students and staff shine on stage while doing it. It was a wonderful night for all. We can’t wait for K-Factor 2023!”

Key Club officers were ecstatic with how the evening unfolded, including the size of the audience, the quality of the acts and the amount of money raised.

“This year’s K-Factor was a huge success,” Ms. Colleluori said. “We had a huge turnout and even had a line of people wrapped around the outside of the school waiting for tickets! The show ran very smoothly and we had so much talent on stage, including Ms. Rinaldi, who bravely went on stage after she was chosen for the solo teacher act. We want to give a huge thank you to her for taking part in the show and to everyone else who made this show our best one yet. We were able to bring a huge group of people together to raise money for a great cause and we are so thankful for everyone who contributed to make it happen. I also wanted to give a special shout-out to our Key Club President Charlotte Cheshire who worked especially hard this year and has done so much behind the scenes for K-Factor.”

The officers and advisors spent the weekend decompressing while savoring a job well done.

“We put on an amazing show to raise money for a cause that is very important to all of us involved,” Ms. Befumo said. “We have been planning this show for a few months and I don’t think anyone could have imagined a better outcome. Knowing that we can help to support Ms. Antorino’s foundation any way possible is so special to all of us officers and our advisors, Mrs. Krycinski and Mrs. Colica. The performers put on a very memorable show this year and we can’t wait to see what is in store for next year’s show!” 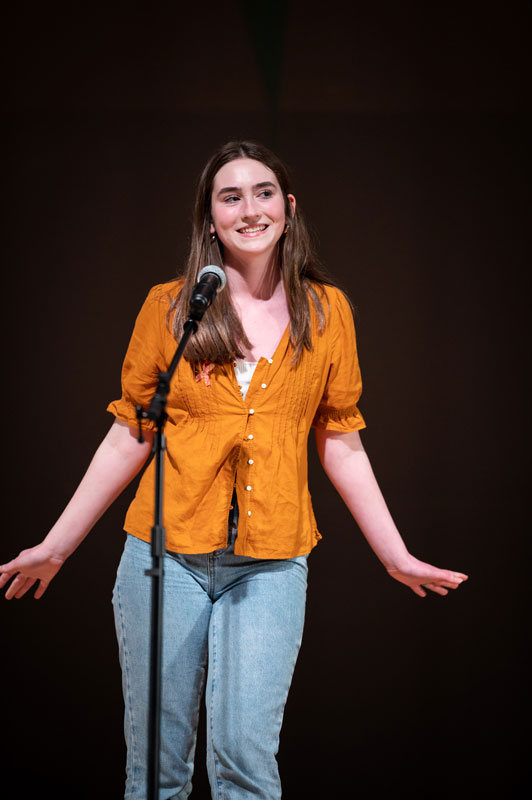 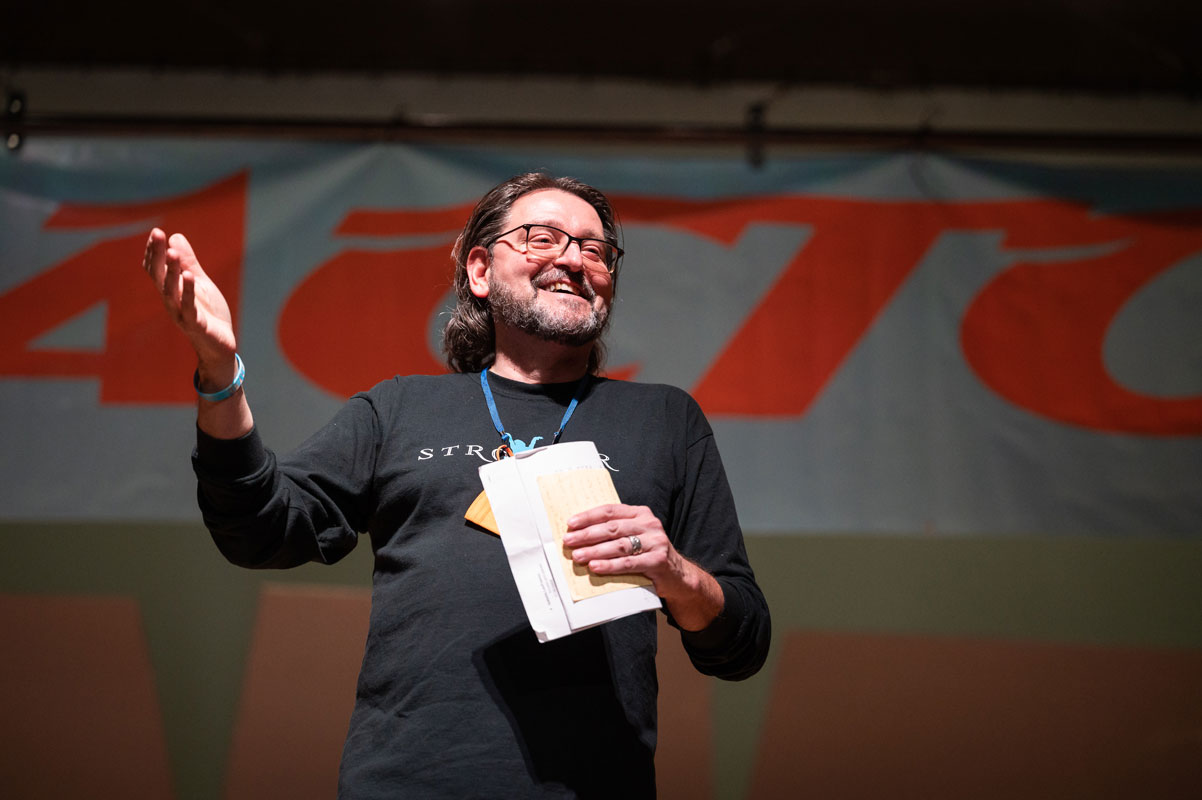 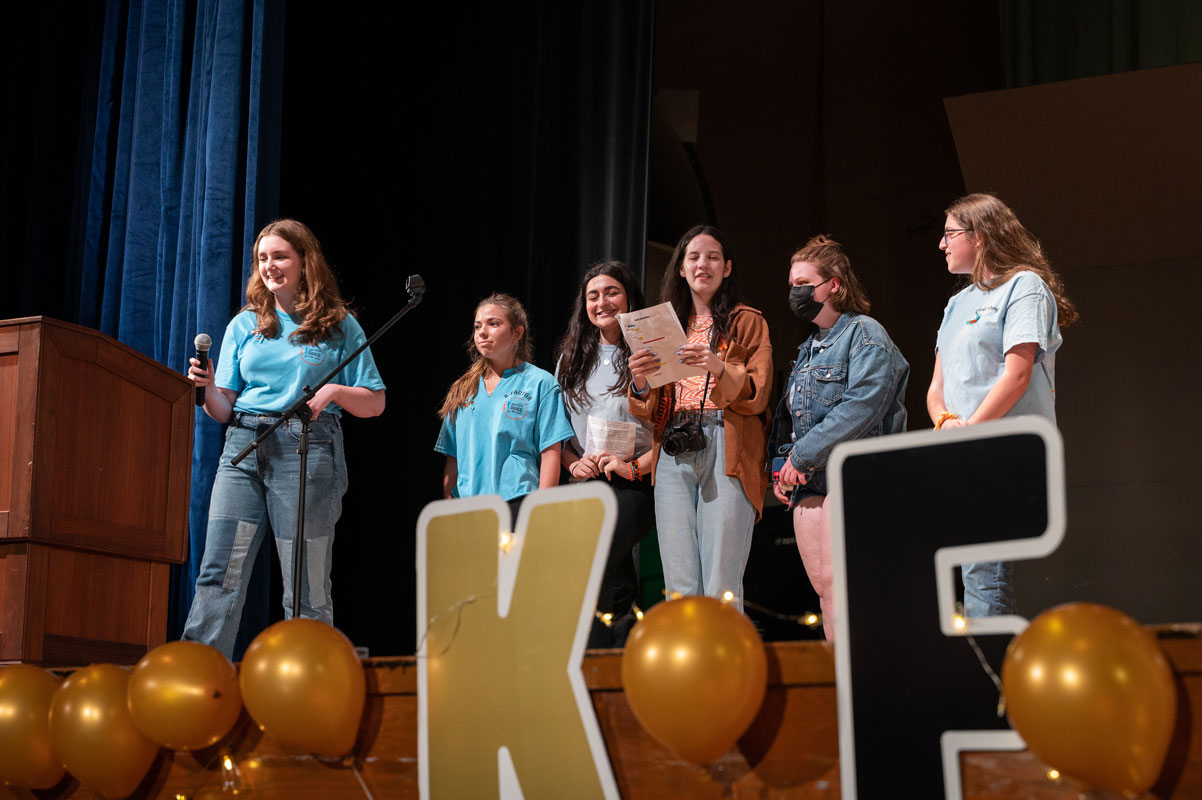 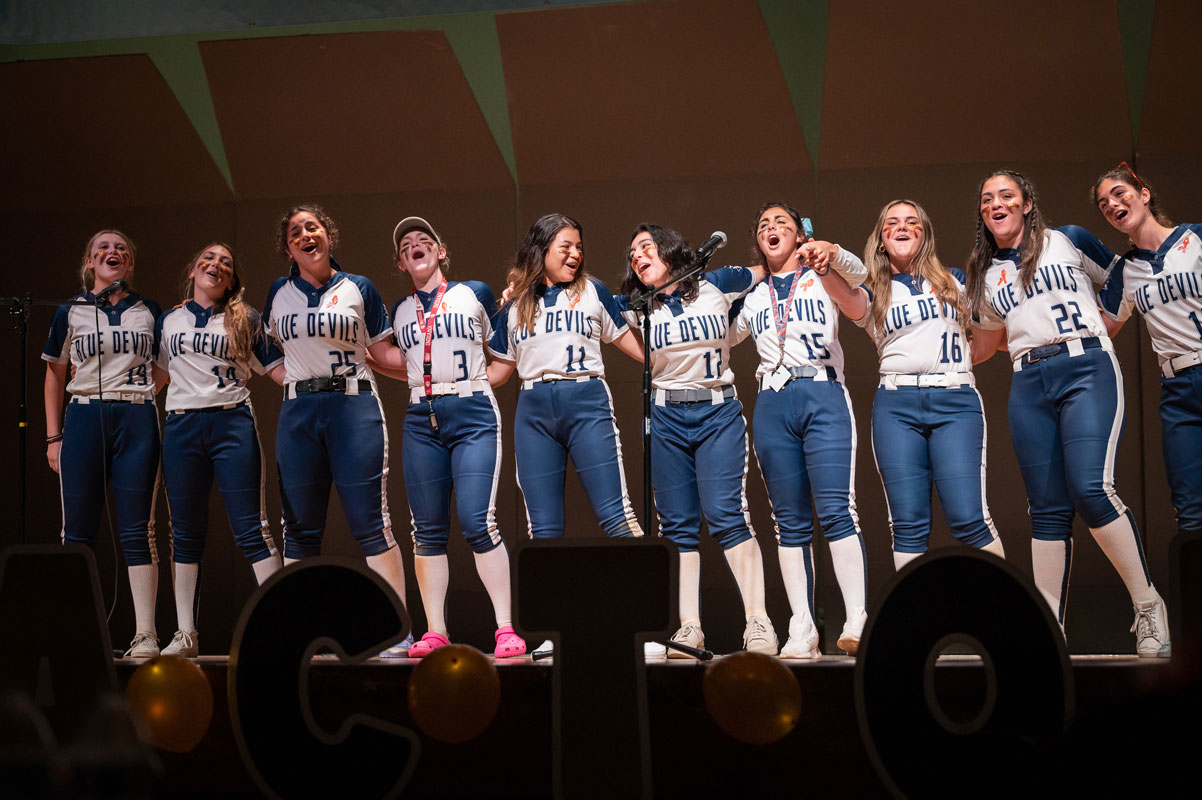