New York Mets pitching great Dwight Gooden visited Huntington High School on Wednesday afternoon, speaking with varsity baseball players along with a group of softball players and the boys’ track and field team. He met with the teenagers behind home plate on the baseball field.

The special visit was arranged by Michael Brown, a 1987 Huntington High School alum who is good friends with the talented athlete who as a 21 year old helped the Mets win the 1986 World Series. 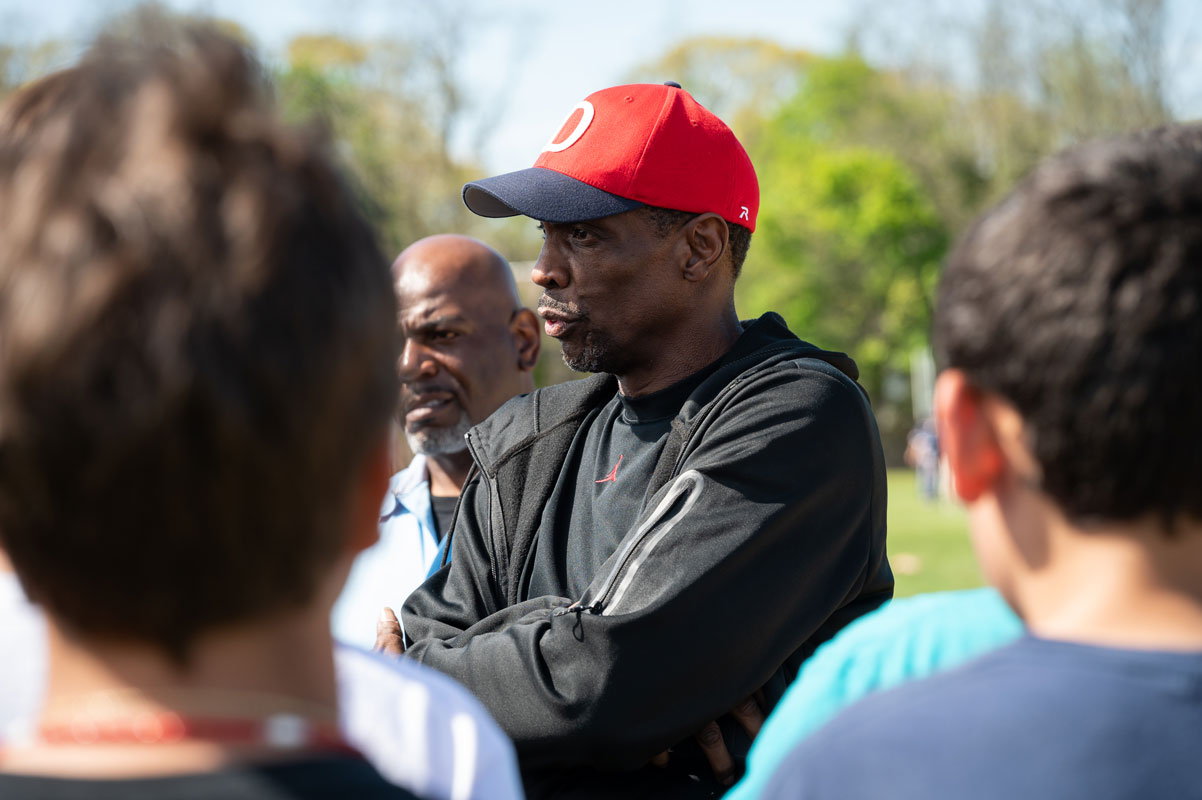 Today, Mr. Gooden splits his time between homes in Glen Cove and Florida. He has remained very close with Mr. Brown over the years and when the former pitching great pulled up in front of Huntington High School, got out of his car and saw Mr. Brown the two hugged as their eyes lit up.

Mr. Gooden couldn’t have been nicer during his visit, signing dozens of balls and other items, shaking hands and posing for countless photos. He spoke to the Blue Devil athletes about commitment, work ethic, being a good teammate and overcoming adversity, which Mr. Gooden has seen plenty of during his career and even post-career.

After speaking to the baseball players, he held a question and answer session with them as a group of softball players joined the crowd behind home plate, before Mr. Gooden moved on to speak briefly with Huntington boys’ track and field athletes.

Blue Devil coaches Billy Harris, John Walsh, Ron Wilson and Eli Acosta were on hand for the visit and had fun interacting with Mr. Gooden, who was friendly and good natured during the visit.

Huntington Superintendent James W. Polansky joined the crowd and enjoyed a brief conversation on the field with Mr. Gooden, who had a spring in his step on and off the field and who appeared genuinely happy to be at Huntington High School.

Since it was the Blue Devil baseball team’s Senior Day, Mr. Gooden posed with seniors Dylan Schnitzer, Theodore Gress, Matthew Beasley and Palmer O’Beirne near the pitching mound. It was a day to remember for the four Huntington players.

Mr. Gooden brought the Blue Devils good luck. Following his visit, Huntington went out and beat Copiague, 12-6. Schnitzer went 2-for-4 with two walks and two runs batted in. Joe Toscano also drilled two hits and Chris Acompora-Miller had two RBIs. John Acompora-Miller pitched six innings with five strikeouts to get the win on the mound. Kaedon Halbeisen threw the final frame, striking out two batters and closing out the victory. 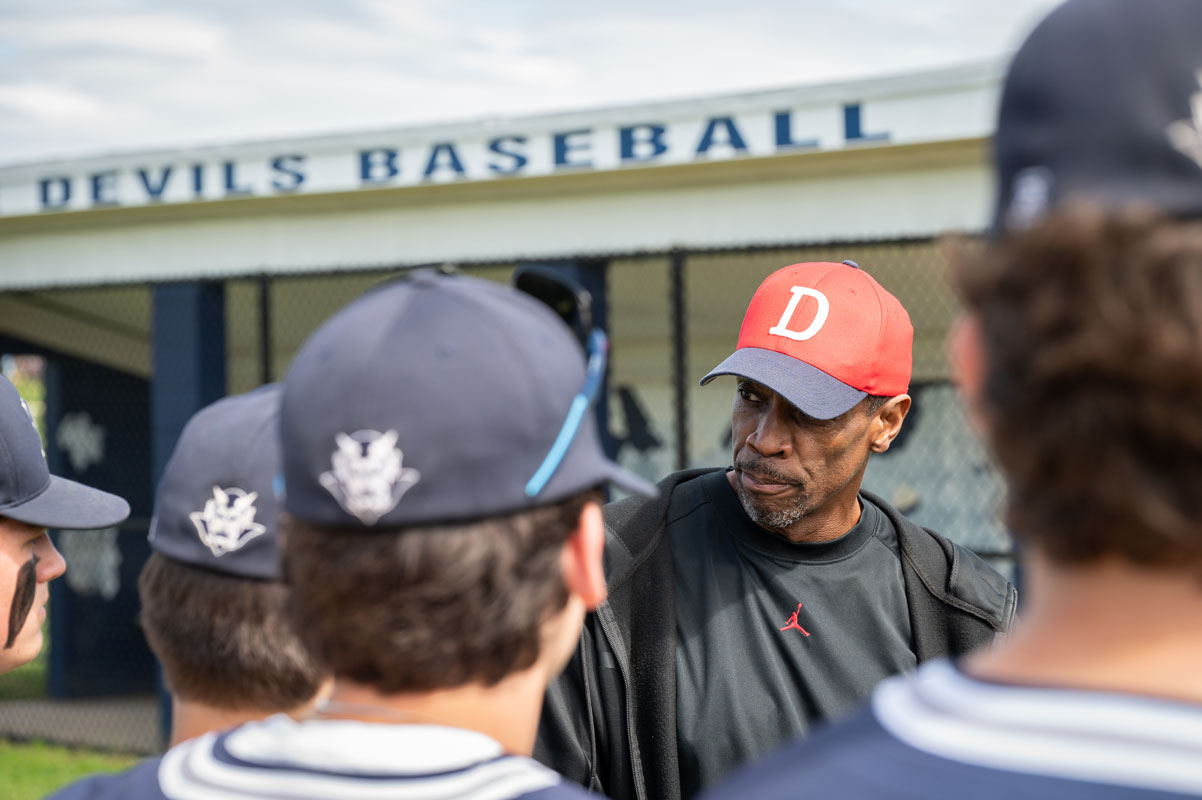 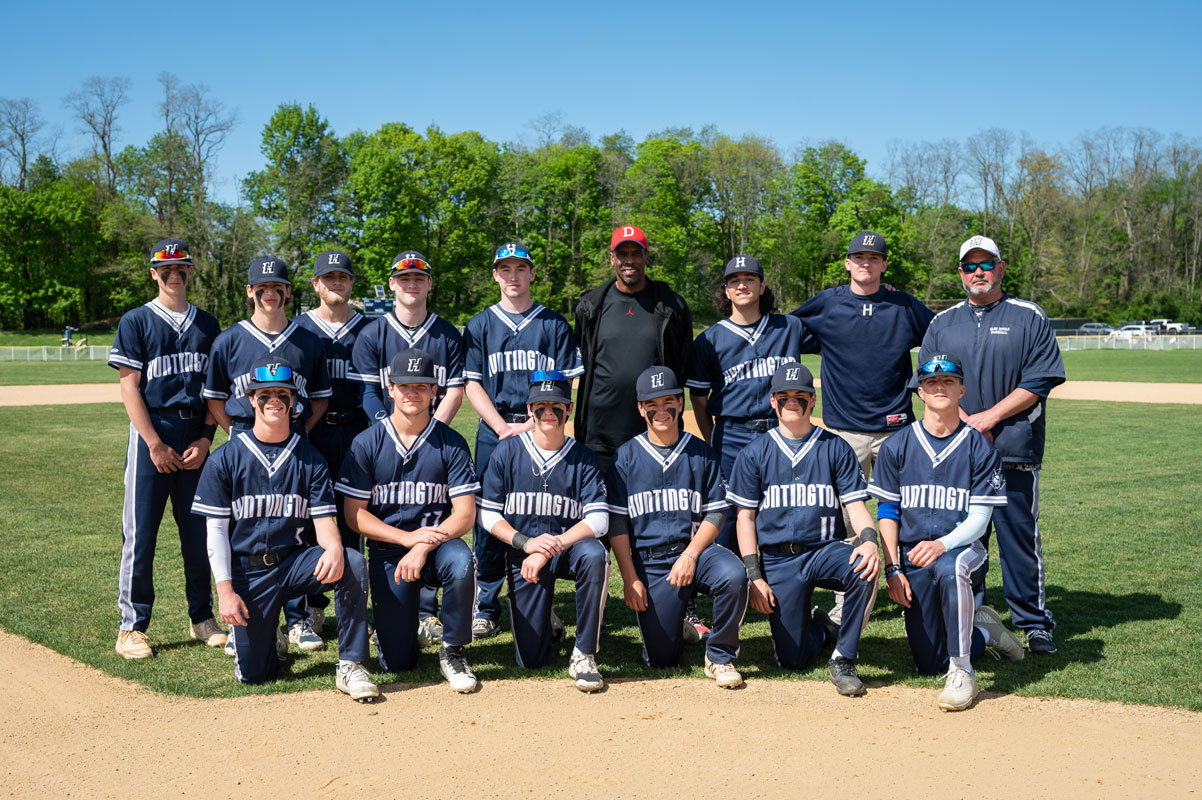 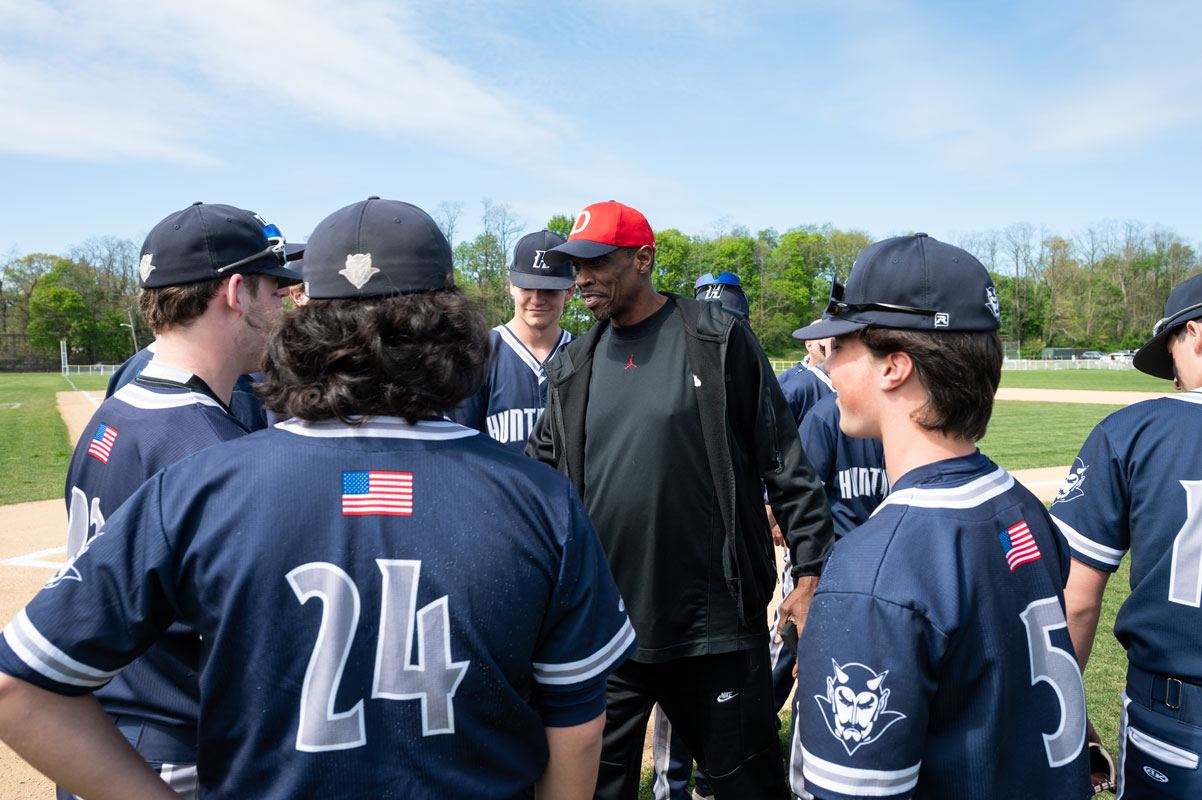 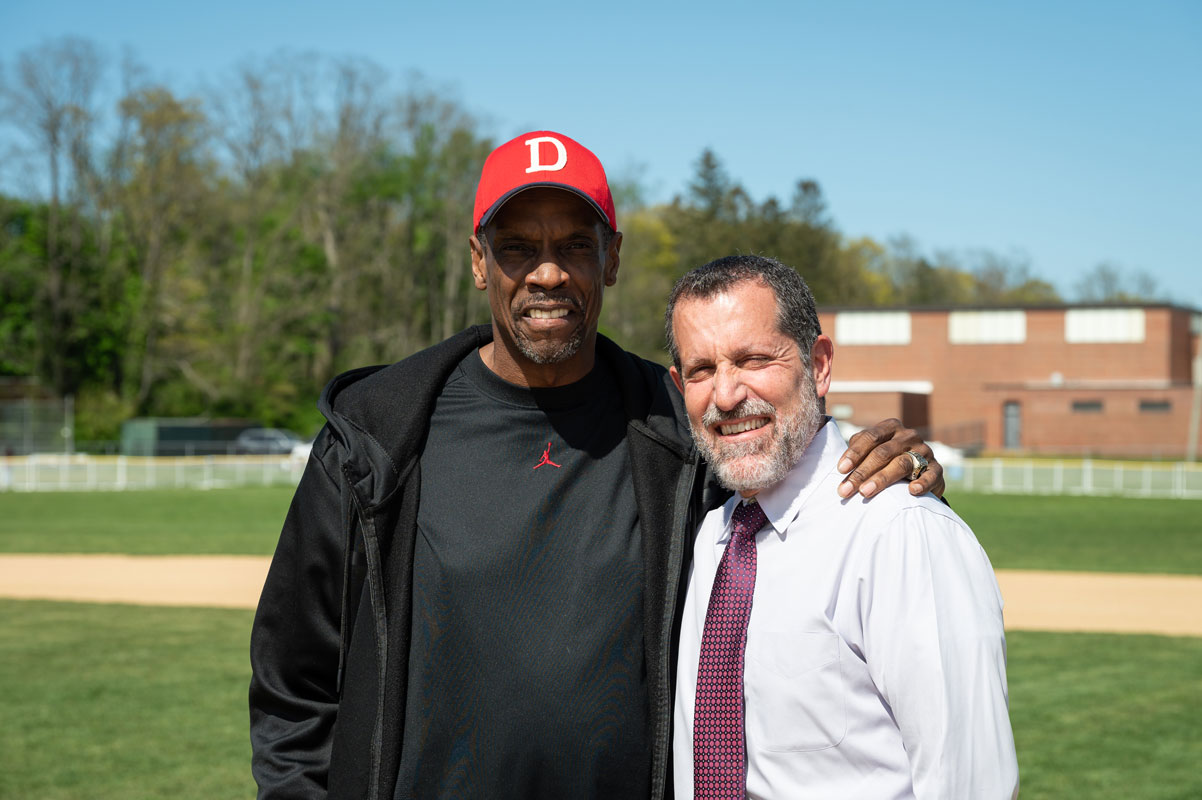