The Huntington High School drama club capped off another splendid year by capturing three Hunting-Tony Awards earlier this week. The actors and stagehands went toe-to-toe with their counterparts from around town and won honors for Best Costumes in a Play, Best Ensemble in a Musical and Best Stage Set Design for a Musical.

The Huntington drama club staged productions of “The Curious Savage” last fall and “42nd Street” this spring. Both shows earned rave reviews and drew crowds numbering in the hundreds to each performance.

“The Hunting-Tony’s were a great experience for the kids,” said Michael Schwendemann, the high school’s drama club advisor. “Winning for Best Set and Best Costumes was great, especially for Mrs. [Carrie] Semelsberger, who goes above and beyond for each show making sure the kids look great. The hours she puts in and the work she does as a parent volunteer is invaluable to both the production and myself. Without her, the team would be a shadow of itself. The pride I have in the kids receiving the Best Ensemble Award only proves that we are only as strong as our weakest link; we are and always will be a team and we truly are stronger together.”

“It was a great year for the drama club, sending our seniors out on a high note and showing our new members the potential that lies ahead,” Mr. Schwendemann said.

Huntington’s student-actors were excited to participate in the event with their talented counterparts from around the town.

“The Hunting-Tony Awards was an amazing experience for me,” Jack Semelsberger said. “After the cast and I had put in so much effort and time into the play and musical, it really felt great to get some recognition for our work by being nominated. I was lucky enough to be nominated for an award and though I didn’t win, it was an honor to be nominated. It’s unusual to have an event where you and all your friends dress very formally, so it was very fun to see how everyone dressed up. I know that everyone really enjoyed themselves and we walked away with three awards from the event!” 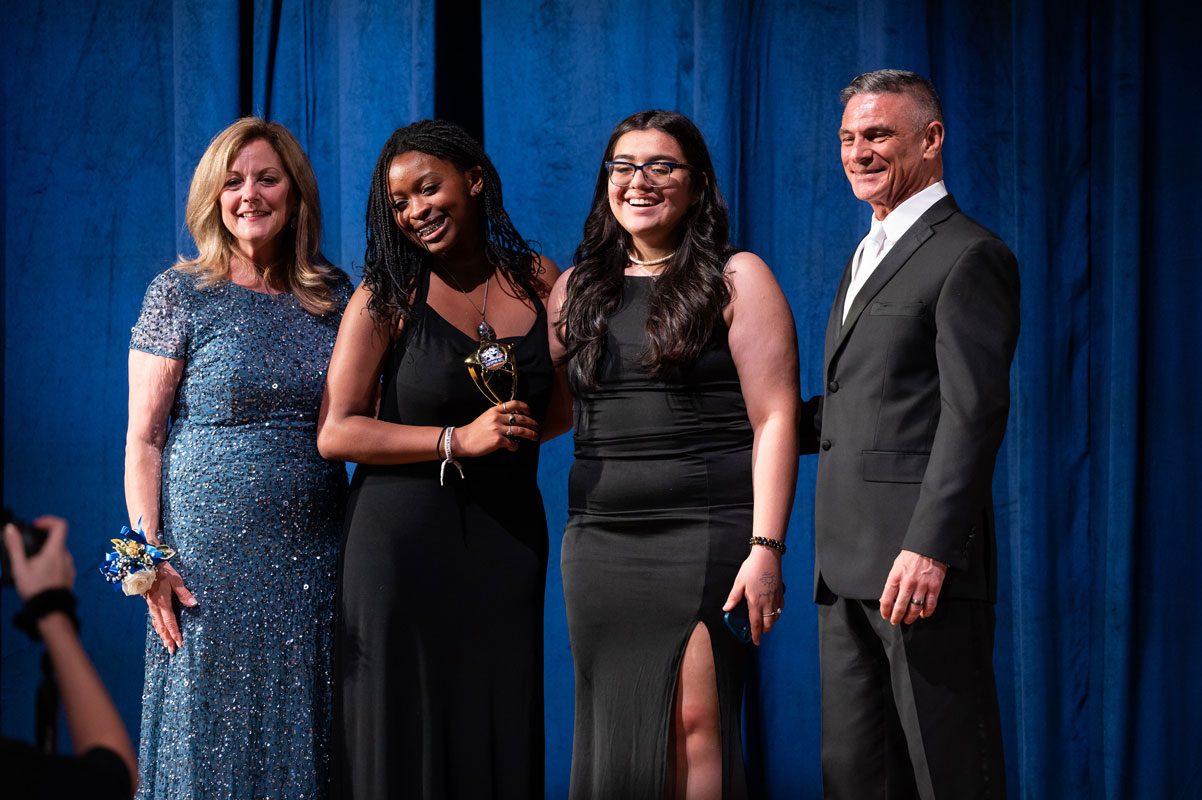 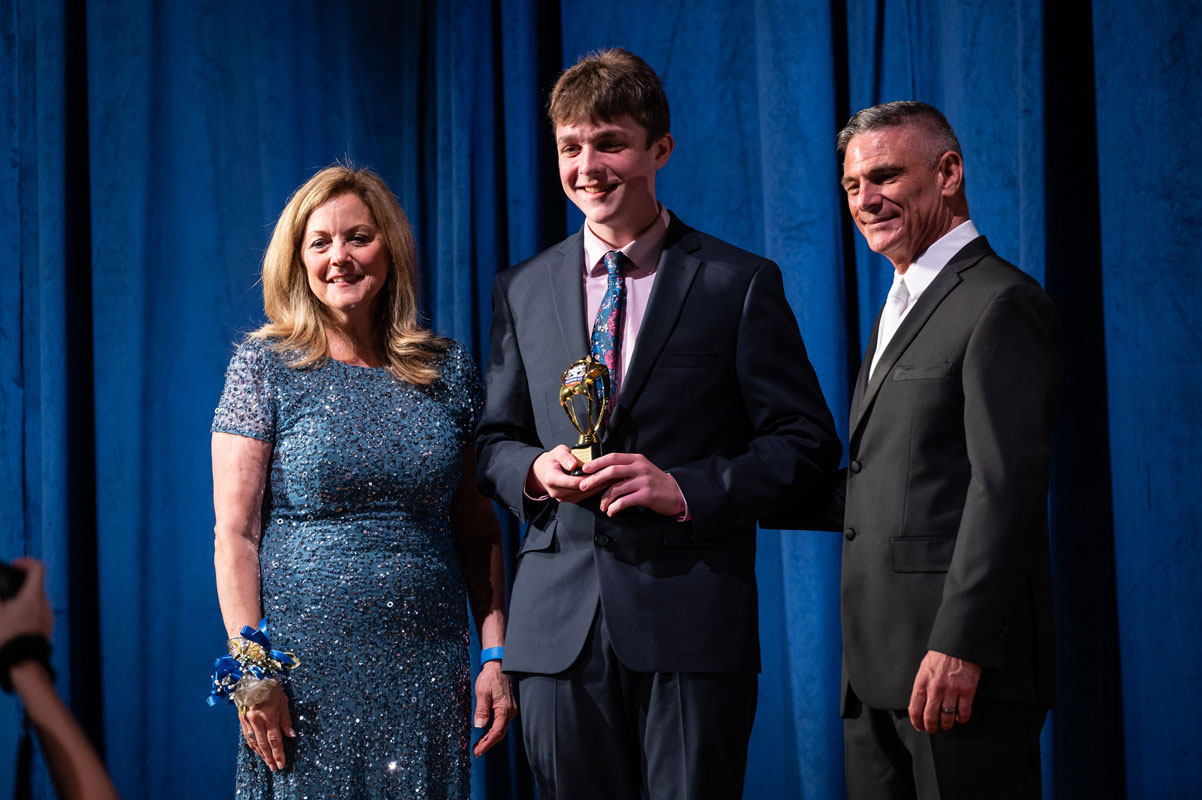