Huntington High School senior Ally Kustera was presented with an Otto Kahn Award in Visual Arts by Friends of OHEKA during the group’s annual garden party at the legendary Gold Coast estate in Cold Spring Hills on Wednesday.

An exceptional young filmmaker, Ms. Kustera captured a $3,500 scholarship award during the Great Gatsby-styled affair at OHEKA. She is headed to the University of Southern California to study interactive entertainment and simulation sciences.

Otto Kahn completed OHEKA in 1919. It is constructed of steel-reinforced concrete. Following Mr. Kahn’s death in 1934, the mansion changed ownership several times and became dilapidated. Gary Melius purchased the estate in 1984 and began restoring the once magnificent structure and extravagant gardens to their original splendor.

Formed in 1996, Friends of OHEKA’s mission is to “protect, preserve and raise public awareness” of the castle and its grounds. The group sponsors educational programs along with its annual themed garden party. The organization began the awards program in 2003 and since then it has presented tens of thousands of dollars of scholarships to high school musicians, artists, photographers, dancers and singers.

“I feel incredibly honored to have received such a wonderful award amongst other immensely talented Long Island seniors,” Ms. Kustera said. “I’m very much looking forward to continuing my creative journey.” 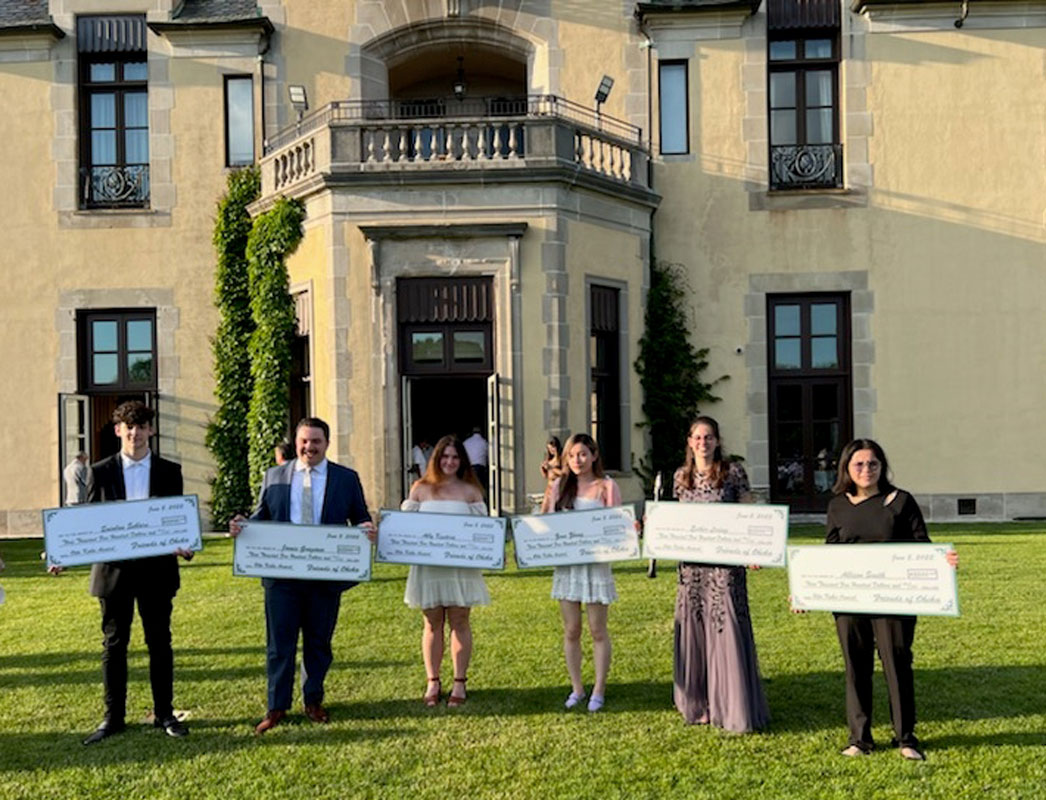