Bill Class came to Huntington in 1929 and over the next 34 years established a standard of excellence that continues to this day in the Blue Devil athletic program. He retired nearly 60 years ago and passed away in August 1984, but he will always be remembered in the community for his work at Huntington High School.

A $1,500 scholarship in Coach Class’ honor was presented to senior Robert Smith at the 54th annual Blue Devil senior athletic awards ceremony in the high school auditorium. The teenager is headed to Stony Brook University in the fall. He plans to compete on the school’s NCAA Division I men’s lacrosse team and study for a degree in finance.

Coach Class, who lived at 175 Maple Hill Road and tended to his prized gardens in his spare time, was a giant in teaching and athletics. He developed a modern physical education program at a time when only a handful existed in the United States and his teams won numerous league and county championships in football and baseball. He was convinced that every student should participate in athletics, so they could experience a more well-rounded education and to help develop enhanced school and community spirit.

The annual scholarship is sponsored by Coach Class’ grandson, 1979 Huntington alum Michael Connell. The scholarship has been awarded annually since 1985 to a three sport senior varsity athlete who has demonstrated outstanding athletic achievement, character, leadership and sportsmanship qualities in both the playing arena and the classroom.

An Advanced Placement Scholar, Mr. Smith has dedicated his time to sports, clubs, academics and volunteering. He has captained Huntington’s varsity lacrosse, wrestling, and football teams, garnering All-County honors in each sport. He won the Suffolk wrestling championship at heavyweight and finished fourth in the state tournament. A member of the Natural Helpers club, he’s displayed a passion for volunteer work. The teenager has been on the high honor roll during every academic quarter in each of the past four years. 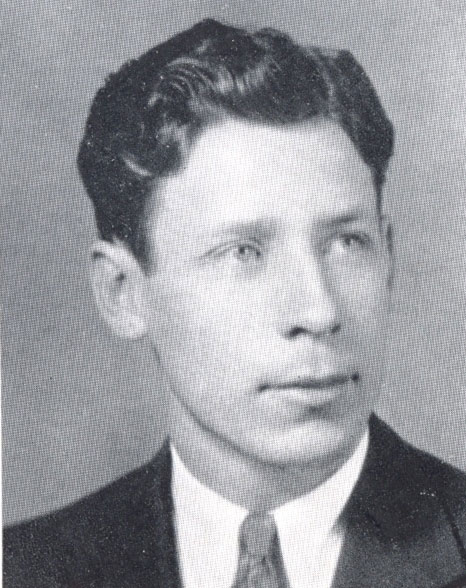 Coach Class graduated from Cortland State Teachers College in 1927 and came to Huntington two years later. He coached football, basketball and baseball and started the wrestling program in 1936, coaching the team for two seasons. Serving as the athletic director, Mr. Class put together the framework for a modern sports program.

At a testimonial dinner held in his honor, high school Principal Robert Cushman said: “Coach Class never permitted himself to do less than his best, and he couldn’t tolerate slipshod habits among his boys. His methods of training were characterized by refinement, and he never used profanity. With Coach Class, physical education was preeminent, with a game for every schoolboy. Another characteristic was to teach students to play the game and then let them use their own initiative and ingenuity.”