Anthony Annunziata believes he has found just the right place to study and play lacrosse. The Huntington High School junior has given a verbal commitment to Yale University.

Mr. Annunziata has been a great player for the Blue Devils. He’s also quarterbacked the Huntington football team and wrestled, too, although he’s taking a break from the mat this year.

The teenager originally eyed Cornell University, which also heavily recruited him. But Mr. Annunziata believes he was too hasty with his decision. It deserved more time than the junior gave it.

Upon further reflection and additional discussions with his family about what he wanted academically and athletically from a college, Mr. Annunziata came to understand and believe that Yale University in New Haven was the right place. It is closer to home and it has a great reputation, a long list of academic majors and minors and a highly respected athletic program.

“Yale University checked all of the boxes for me when it came to academics, sports, social life and location,” Mr. Annunziata said. “Being able to have the chance to obtain an Ivy League education and diploma at such a prestigious university was probably the main reason for my decision. As of right now I am planning on studying some form of business and the Yale School of Management was very fitting for that purpose.”

Mr. Annunziata is very family oriented so it isn’t surprising that his final decision on a college will keep him closer to home than he originally planned to be. His family will be able to watch him play and that suits the teenager just fine.

Mr. Annunziata is currently training for the spring season with his Huntington lacrosse teammates. He continues to do very well academically, securing a spot on the high honor roll.

“Although academics played a huge role in my decision, the opportunity that Coach [Andrew] Shay and the men’s lacrosse staff at Yale gave me to continue my athletic career and be able to compete at a high NCAA Division I level was something that was simply hard to pass up on. I’ve always wanted to play lacrosse at the highest level and by playing at Yale I can do just that.”

The relatively short distance from home was another major consideration. Yale’s New Haven campus is about 95 miles from Huntington.

“Being closer to home played a huge role in making my decision as well,” Mr. Annunziata said. “New Haven is about two hours away, which will make it easy for my family to come visit and watch my games or even make it easier for me if I want or need to come back home. I have family that lives in Connecticut and are close to the New Haven area, so it should be easy to go see them when I can.”

With his future settled, Mr. Annunziata’s focus and attention is back to being 100 percent on the Blue Devils, but he will always be grateful to the place he has called home for so long.

“Huntington High School has really prepared me for this opportunity and I cannot thank this school and community enough,” the junior said. “I also want to thank my family for being there with me every step of the way. I can’t wait for this upcoming season and to go chase a championship with my teammates and coaches.” 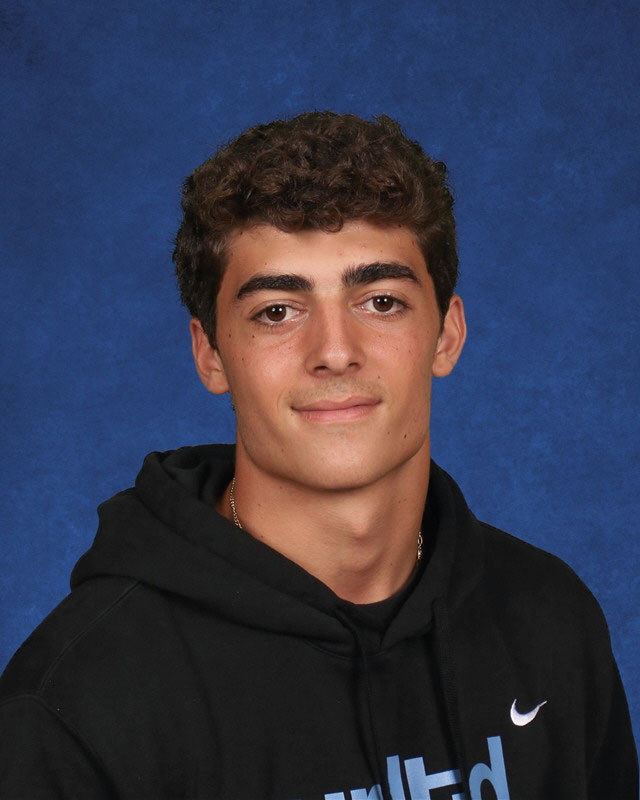 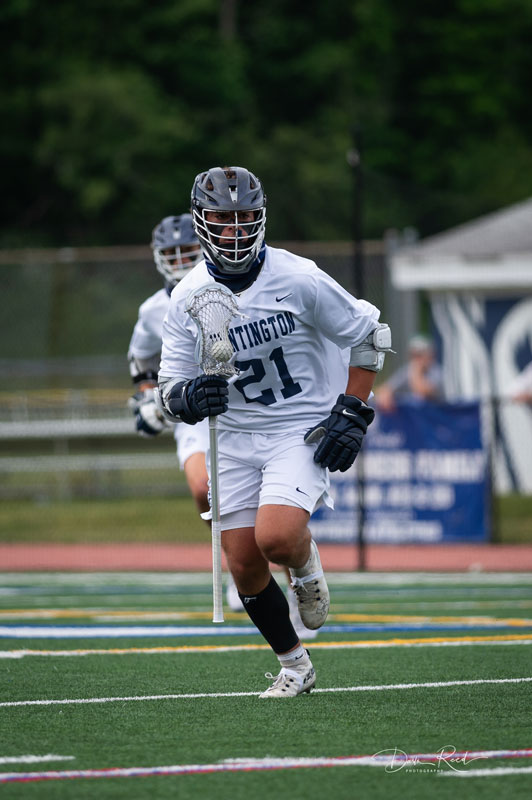