After going 1-4 over the first half of its schedule, Finley kicked into high gear and won it last five games to finish the campaign with a 6-4 mark, its best record in many years. 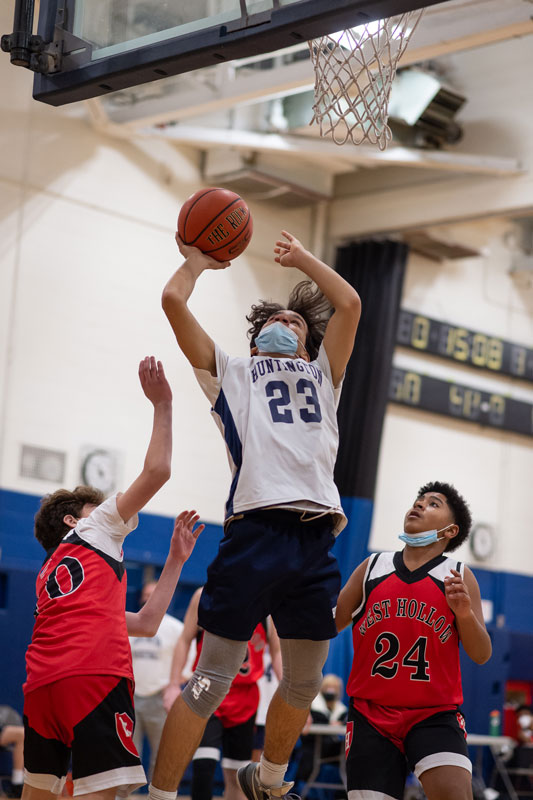 The lead see-sawed back and forth between the two teams. Finley opened a 10 point advantage at one point only to see the lead vanish within minutes and end up trailing.

“Frank continued to lead us with his all-out effort on both sides of the court, creating turnovers on defense and converting on offense,” Madden said. “He took three offensive charges, which really sparked the team and boosted our efforts. Shelby was a monster on the boards, pulling down rebounds, starting fast breaks and scoring on many put backs. Sharriff continued to do a great job running the show as our point guard.”

Christian Luca “was a steady force for us throughout the game,” the coach said. “Nick Normoyle also played with great effort.”

Winning five straight games and going 6-4 for the season requires a total team effort and Madden got it from his players.

Topping West Hollow-Red by 10 points allowed everyone to go home with happy memories.

“It was a great way to end the season,” Madden said. “I’m very proud.”