Katie Reilly really didn’t know what to expect when she signed on as the Huntington High School girls’ junior varsity basketball coach. The Blue Devil alum was a star in the sport, but serving as the courtside mentor for a squad of relatively inexperienced players was more than challenging; it was downright daunting.

Reilly excelled in three sports at Huntington, winning All-County honors in soccer, basketball and lacrosse. She captained Princeton University’s NCAA Division I powerhouse lacrosse team, graduating with a degree in politics. She is currently putting the finishing touches on a Master of Social Work degree at Stony Brook University.

The Huntington alum is coaching alongside Mike Kaplan and Marissa Bergmann, who coached Reilly on the Blue Devil basketball team. She has learned so much over the first two months of the season and its made her exceptionally effective for a first year coach.

Reilly has taken a roster of players with very little experience and coached her heart out, teaching the teenagers as much as she can during every two hour practice. The Blue Devil JV is 5-5 through its first 10 games. It’s the strongest JV team in many years.

An incredibly competitive athlete herself, Reilly wants to win more than anyone. But she has adopted the philosophy that most high school athletes join a team to have fun. Yes, of course they want to be successful; they want the team to win a championship; they want as much playing time as possible. But more than anything else they want to have a good time. If the experience isn’t fun, they probably won’t stick with it.

So, Reilly has made it fun practices and games. But she never stops teaching her players. She’s taught them all about offense and defense, but she has also shown them how to be winners and how to do it with class.

Earlier this week, the Blue Devil JV took the court against visiting Copiague. Huntington jumped out to a large lead and never looked back.

There were many highlights in the game; too many to mention in a short article. But one of the biggest came when Anne Tyrrell scored on a beautiful layup off of a steal to send fans and teammates into near delirium. Despite the big lead, Gabriela Moreira Rodriguez kept the crowd alive with her first basket of the season.

“The girls have improved tremendously on both offense and defense since the first few games and that definitely showed in this game,” Reilly said. “We are practicing hard for Thursday’s game at home against Smithtown West, which beat us the first time around. We are hoping to come out on top this time.”

The Huntington School Board has approved Reilly to work as an assistant varsity girls’ lacrosse coach in spring. It will present a new challenge with a different set of players. The Blue Devil alum can’t wait. 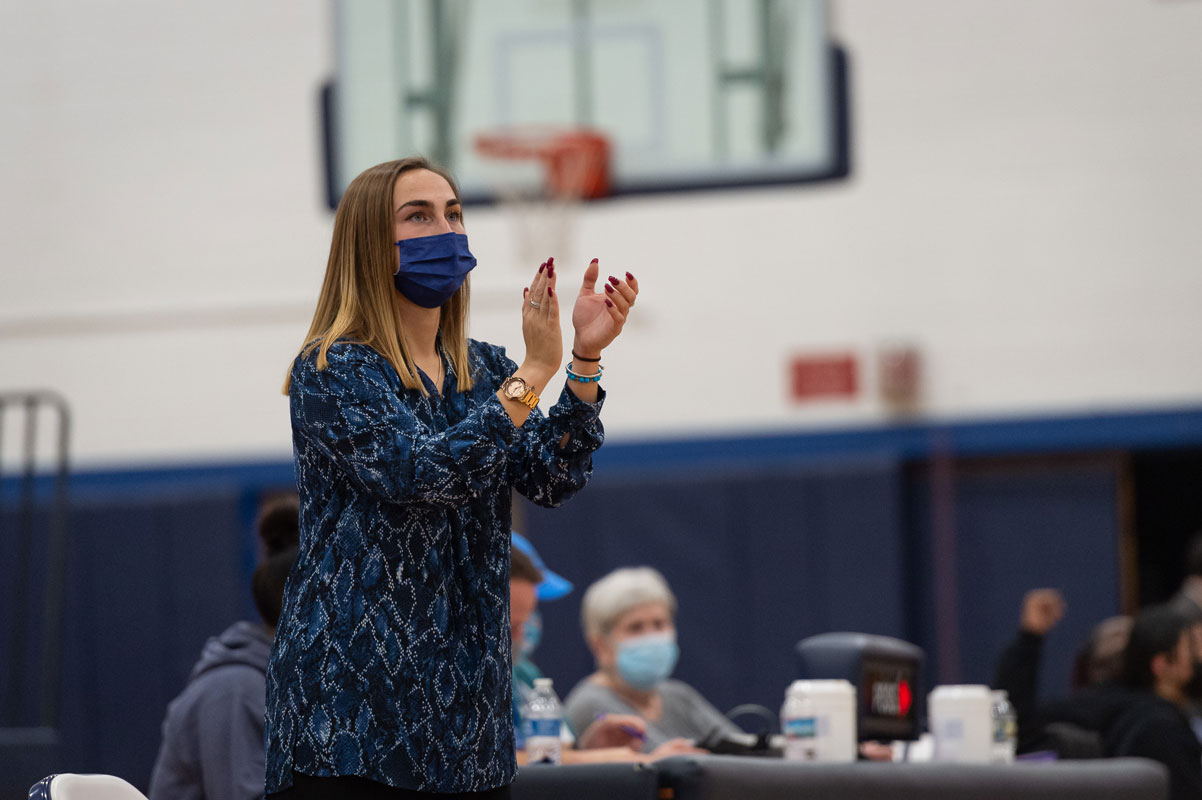 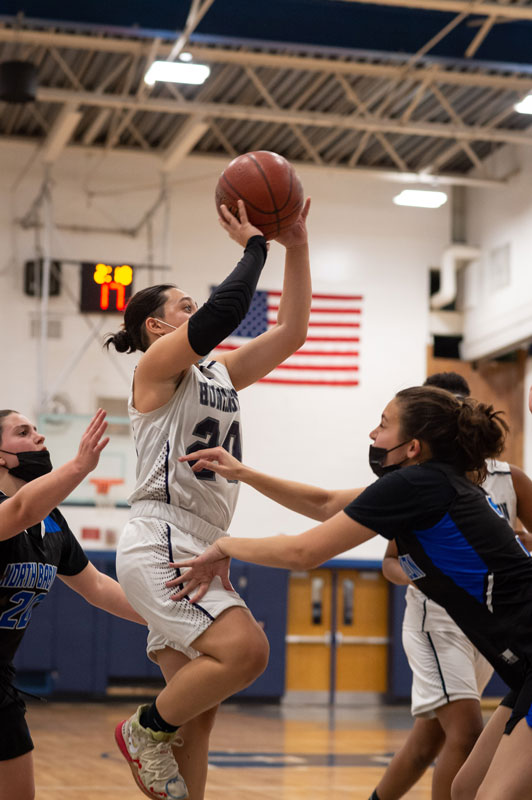 The Huntington JV has improved greatly during the current season. (Darin Reed photo.)

The Huntington JV has improved greatly during the current season. (Darin Reed photo.)