Emily Plachta is unstoppable. The Huntington senior poured in 29 points and added 15 rebounds, seven assists and six steals to help the Blue Devils improve to 10-0 with a 59-26 victory over visiting Bellport.

Plachta couldn’t be contained as she dominated on both ends of the court. The teenager helped Huntington get off to an 18-4 start over the first eight minutes. The Blue Devils led 35-4 at halftime. Plachta had 15 points in the first half.

Huntington has one of Suffolk’s best teams and the Blue Devils are getting contributions for every player on the roster. Head coach Michael Kaplan, assistant coach Marissa Bergmann and volunteer assistant Albert Cardenas like what they have seen so far and all three are pushing the team to be even better in the season’s second half.

Plachta is weighing several college offers and is nearing a final decision. Whoever lands the teenager will be getting a complete player, who can score, rebound and play defense.

Every Blue Devil player has been contributing in one way or the other to the team’s success this winter. That group also includes Abby Baade, Kayleigh Bender, Lauren Donaghy, Gianna Forte, Reese Rinaldi, Asyria Rios, Ruby Baliber and Jolie Weinschreider.

Huntington has its sights set on the league title and reaching the Suffolk Final Four. To do either will require the Blue Devils to continue playing very good basketball; as mistake-free as possible. 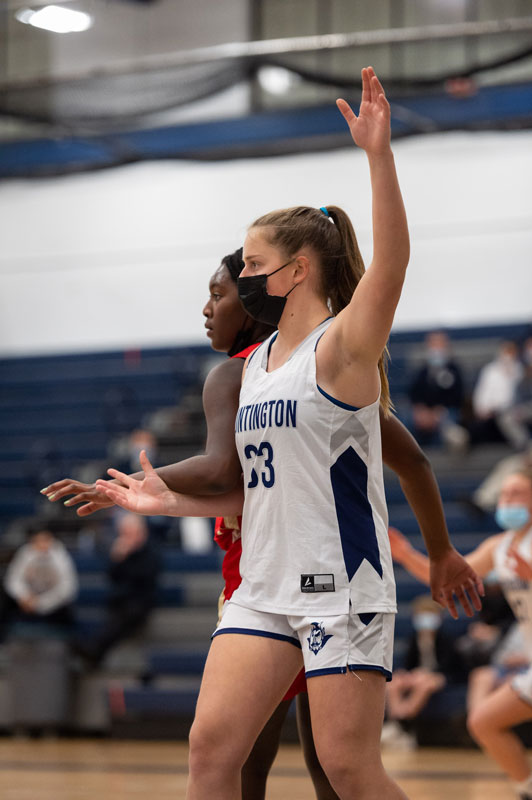 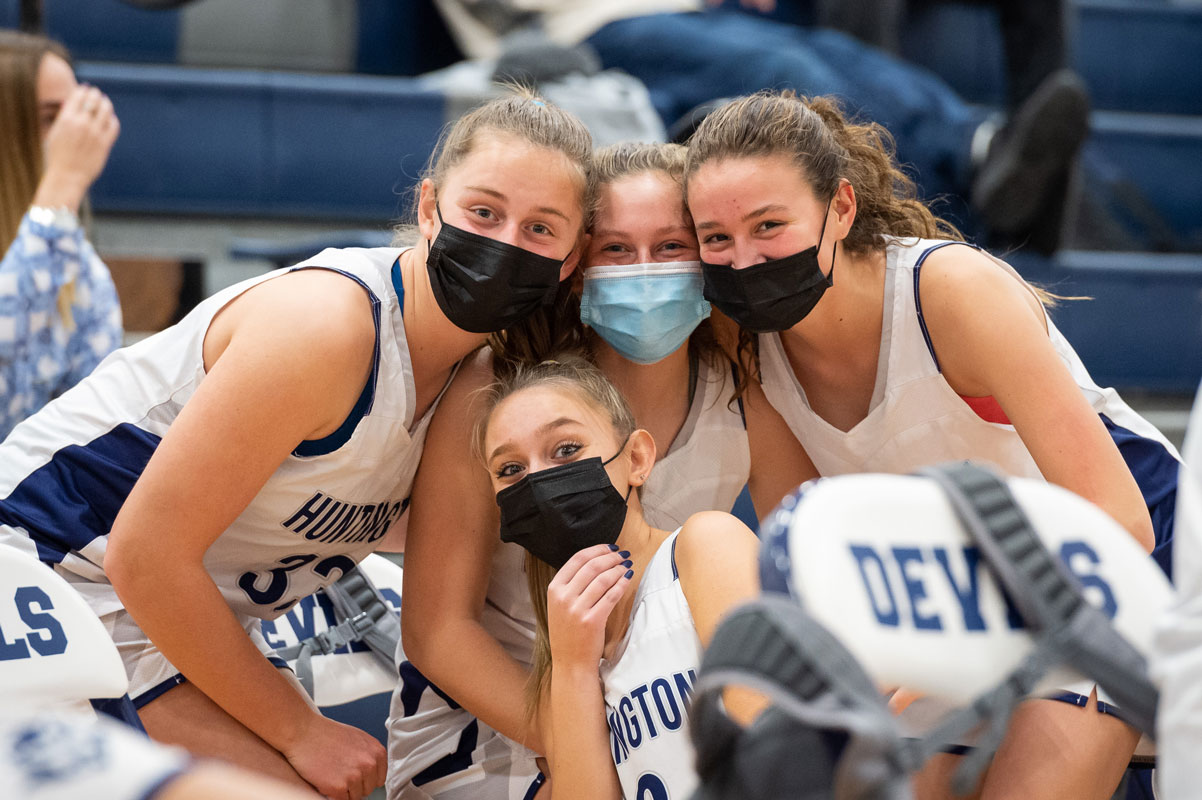 The Blue Devils are masked and ready for action. (Darin Reed photo.)

The Blue Devils are masked and ready for action. (Darin Reed photo.)