J. Taylor Finley Middle School students in the Like Skills program are so personable, friendly and kind that they have been able to develop friendships across the United States. It’s true; they really have.

Through the use of social media, teacher Kathleen McCourt was been able to “get together” with teachers from across the country and create a Valentine’s Day car exchange program. The group developed a list of participants, which included representatives from all 50 states. Some states had more than two classroom reps, adding to those involved in the initiative. 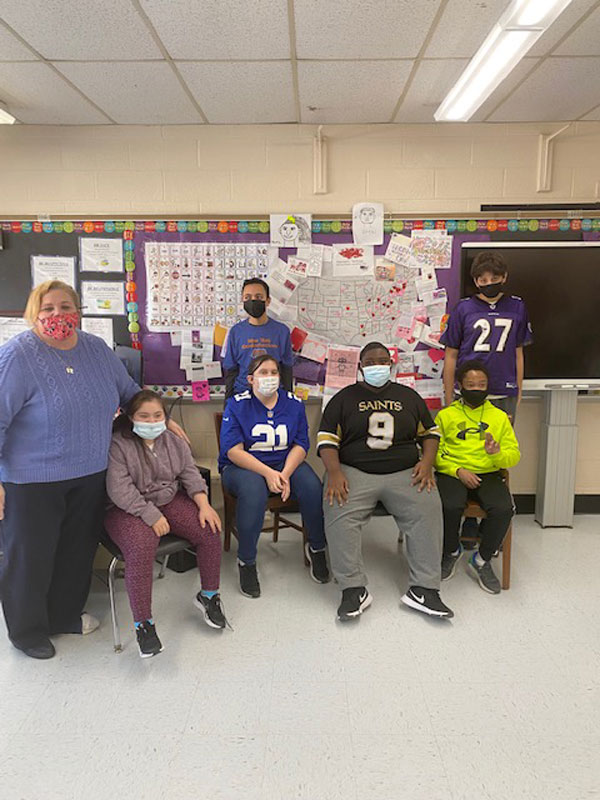 Finley students and their teacher had fun with a Valentine's Day card initiative.

Finley students created over 80 Valentine’s Day cards and mailed them out with high hopes that the card exchange would work. “The class had great success,” Mrs. McCourt said. “Students received over 60 responses and the majority of the states were represented.”

Using a large wall map of the United States, students placed a heart to represent the area from which each card was received. “Each letter  contained  information about the state, the town, the school and class from which it came,” Mrs. McCourt said. “The class is looking forward to continuing and building this program to include other holidays and hope to take the program internationally during upcoming years.”