Just like any good writer, Kimberly Schiller took her time working on an essay for a book about the Triangle Shirtwaist Factory Fire. The J. Taylor Finley Middle School English teacher wanted to make sure everything was just right before she put the piece to bed. Now that it has been edited and published, it’s more than obvious the wait was well worth it.

Ms. Schiller was “officially” christened a published author on March 22. “Over the last few years, I’ve been working on an essay for a book about the Triangle Shirtwaist Factory fire,” Ms. Schiller said. “It is titled ‘Talking to the Girls: Intimate and Political Essays.’ It is a beautiful and poignant book of essays and several of my former students are on the cover.”

The book is billed as offering “candid and intimate accounts of the factory-worker tragedy that shaped American labor rights.” To learn more, click here: https://nyupress.org/9781613321515/talking-to-the-girls/

“On March 25, 1911, a fire broke out on the eighth floor of the Asch Building in Greenwich Village, New York,” according to a book preview. “The top three floors housed the Triangle Waist Company, a factory where approximately 500 workers, mostly young immigrant women and girls, labored to produce fashionable cotton blouses, known as waists. The fire killed 146 workers in a mere 15 minutes but pierced the perpetual conscience of citizens everywhere. The Asch Building had been considered a modern fireproof structure, but inadequate fire safety regulations left the workers inside unprotected. The tragedy of the fire, and the resulting movements for change, were pivotal in shaping workers' rights and unions.”

The essays were penned by writers, artists, activists, scholars and family members of the Triangle workers. “Nineteen contributors from across the globe speak of a singular event with remarkable impact,” states the preview. “One hundred and eleven years after the tragic incident, ‘Talking to the Girls’ articulates a story of contemporary global relevance and stands as an act of collective testimony: a written memorial to the Triangle victims.”

Ms. Schiller is currently participating in a variety of book launch events, including one held last Friday at Theodore’s Books in Oyster Bay with one of the book’s editors, Mary Anne Trasciatti on the 111th anniversary of the terrible fire.

“It is not uncommon for a teacher’s passion to translate to students,” Huntington Superintendent James W. Polansky said. “Ms. Schiller’s passion for history and literature has surely been assimilated by her students, who, in turn, have been empowered and encouraged to do and present their own research on the topic.  Terrific work by all and congratulations to Ms. Schiller on being published.”

Three of Ms. Schiller’s former students, Grace Allen, Megan Donaghy and Haileigh Smith turned out for the event in Oyster Bay. “They are absolutely amazing young ladies,” the teacher said. “They are juniors in high school now and came with me on the last field to the Triangle Shirtwaist Factory fire site trip pre-COVID in March 2019. They are on the cover of the book with three other former students of mine!”

Former Congressman Steve Israel opened the Oyster Bay bookstore last November. He also has a keen interest in the Triangle fire. The event was packed and the new book sold out. Earlier this week, Ms. Schiller and Ms. Trasciatti spoke at the Long Beach Historical Society about the fire. New York City Fire Chief Edward Croker was present at the 1911 fire and investigated the Asch building following the blaze to determine its cause. He devoted the rest of his life to fire prevention and eventually moved from Manhattan to Long Beach.

“Becoming a published author is amazing and surreal at the same,” Ms. Schiller said. “I’m used to being the reader or the grader, but not the one being read. This essay allowed me to develop as writer with the great feedback from my editors. They really pushed me to delve into what inspired me to teach about the Triangle fire as well as impactful teachers I’ve had in my life with a special focus on my mom and my tenth grade English teacher Ms. Evans. Throughout the process of writing and revising, it’s been interesting and eye-opening to be on the other side of the table. It’s given me a new perspective on how I provide critique for my students’ work and how they feel during the writing process.”

Ms. Schiller’s faculty colleagues are thrilled for her. “We are all very proud of Ms. Schiller’s accomplishments,” said Joseph Leavy, Huntington UFSD chairman of humanities. “Over the years she has worked consistently with students in inspiring their curiosity and interest in this area of national and local history. She is now a published author whose written work celebrates teaching in the humanities.” 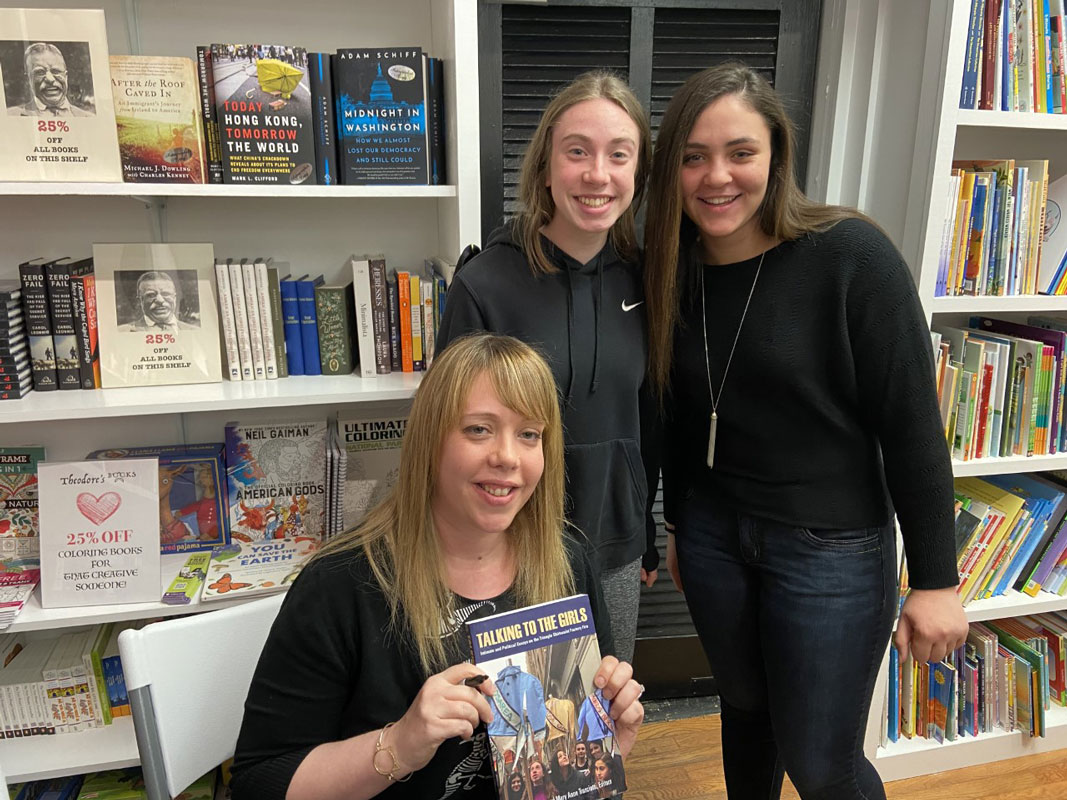 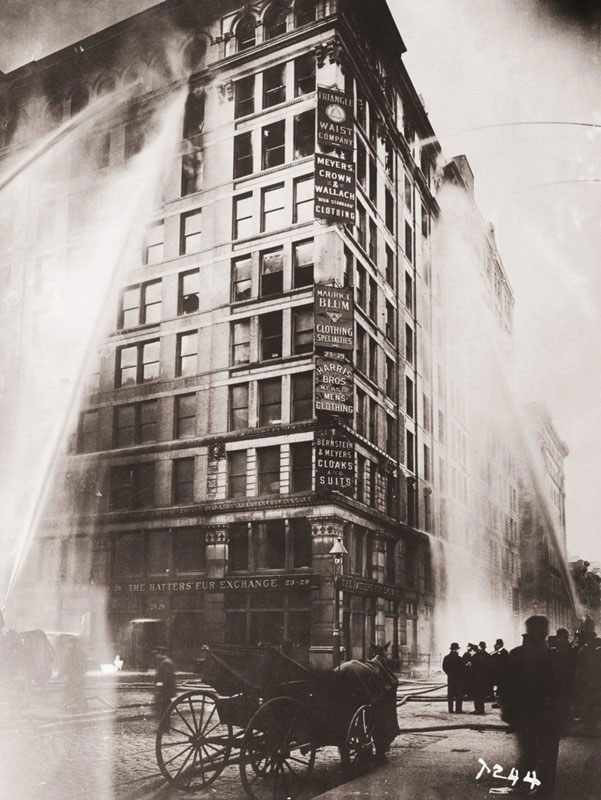