The Huntington girls’ soccer team shrugged off a pair of close losses to two of Suffolk’s best teams and turned in a great performance at Lindenhurst, shutting out the Bulldogs, 3-0.

Huntington was nipped by Northport, 2-1 and fell to Commack in overtime, 1-0. Both teams are county powers so the Blue Devils were stung by the close losses. Huntington led 1-0 at Northport and thought they had scored the winning goal against Commack with less than one minute remaining, but it was waved off by the referee.

“It was tough to lose those two games because we played so well,” Huntington head coach John Walsh said. “But we came back and had a very solid effort at Lindenhurst. It was good to get the win.”

Teddi Carnesi had a goal and an assist and Emily Plachta and April Swanson also scored to lead the Blue Devils at Lindenhurst. Plachta’s goal came off a corner kick by Carnesi. Goalie Makaylah Frazier stopped six shots to record her second shutout of the season.

“The keys to winning today were playing with confidence and energy,” said Hope Bilkey, one of Huntington’s defensive stars. “Building that kind of energy will bring the whole team together and lead us to a solid win. It’s all about the type of mentality you bring out with you on the field.”

Huntington has a very good team, but it needs to keep playing hard through all 80 minutes of a game, especially against the top squads in Suffolk.

“We had a really good game today,” said Swanson after besting Lindenhurst. “We played an average first half, but we realized we needed to step up our game a little. We all worked really hard and communicated very well to score the two goals in the second half.”

The Blue Devils have nine games remaining and the team wants to win them all. Huntington has outscored its opponents by an 11-4 margin through its first five games.

“We needed a big time win going into our game at Connetquot on Thursday and that is what we got,” said Gianna Forte, one of Huntington’s best players. “Everyone worked really hard together until the last minute. We are looking really good heading into some big games!”

Plachta has been playing especially well and that’s something Huntington needs to be successful. “I think the key to beating Lindenhurst was winning the 50/50 balls, especially in the middle and getting a bunch of corners and long throw-ins,” the senior said.

The Blue Devils are taking it one game at a time with a clear goal of making the playoffs. 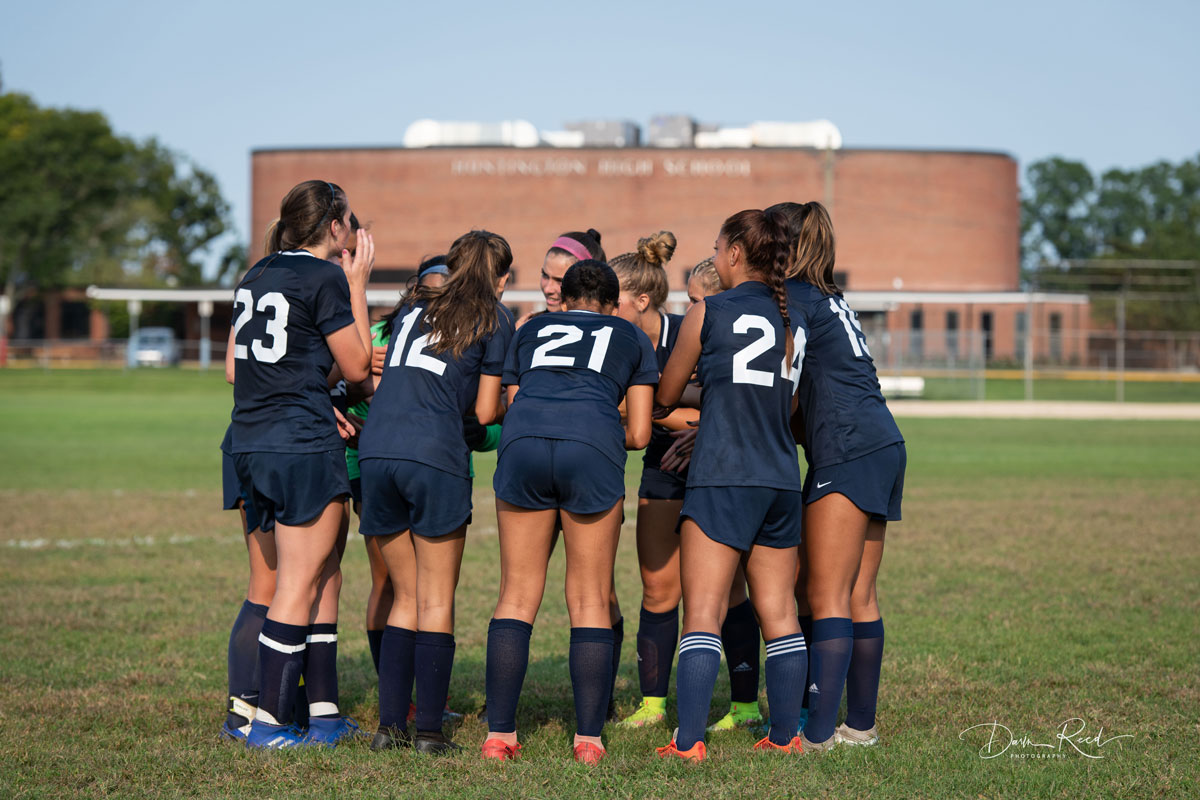