Muller is the Blue Devil football program’s all-time winningest coach with a record of 134-93 in 25 seasons. “I’m proud to be coaching these young men this year and looking forward to a great season with them,” he said.

The Huntington football program traces its roots to 1895 when a local team was formed. It included players from around the town and was not sponsored by the high school.

Plans to start a school team in 1918 were interrupted by the worldwide influenza pandemic and a later attempt was stopped when the teacher slated to coach the team moved back to Michigan. A Huntington High School team comprised of current students was finally formed in 1924.

West Islip is seeded No. 2 among 14 teams in Suffolk Division II. The Blue Devils are ranked No. 8.

In 33 previous meetings between these two teams, West Islip holds a 24-9 edge. Huntington last defeated the Lions in 1997 by a 20-7 score. The teams met for the first time in 1959. The Blue Devils won the first six games played.

The Blue Devils have a rich football tradition. The Huntington football team’s longest winning streak is 10 games, having come over parts of the 1947 and 1948 seasons.

“The Huntington football program has a great tradition and we hope to add to it this fall,” Muller said. 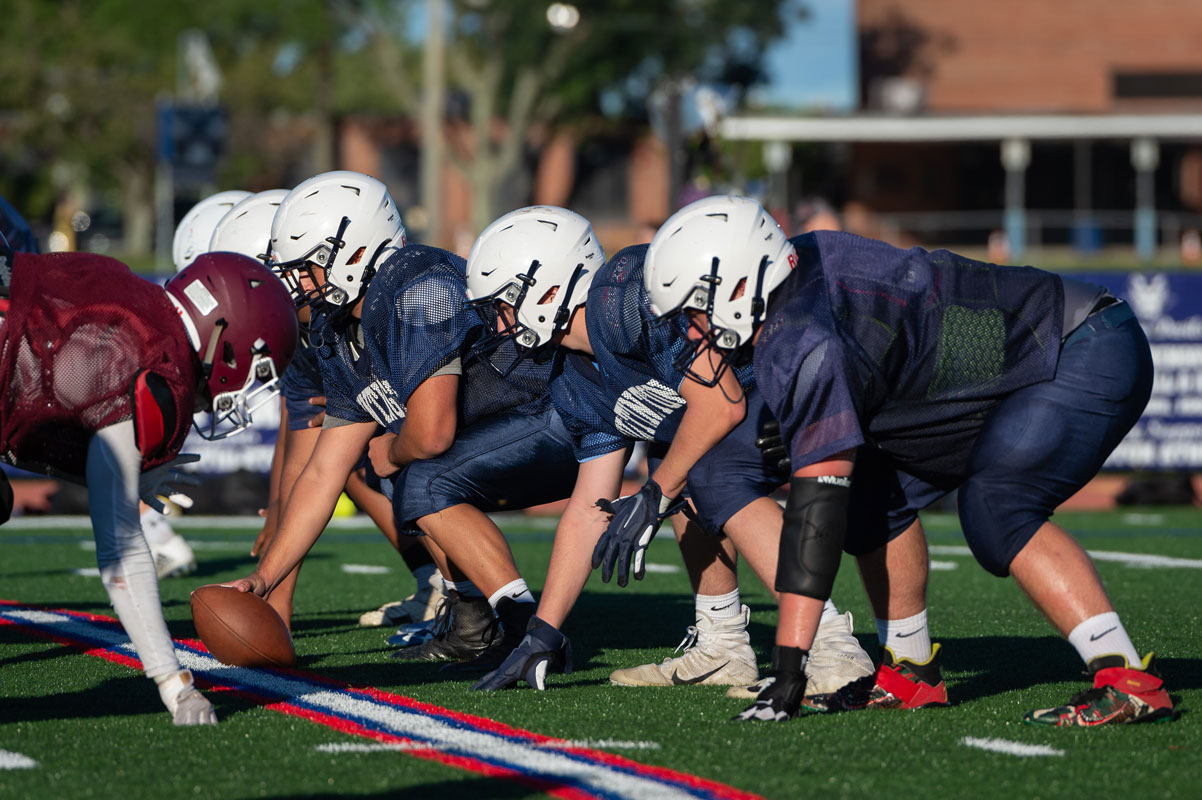 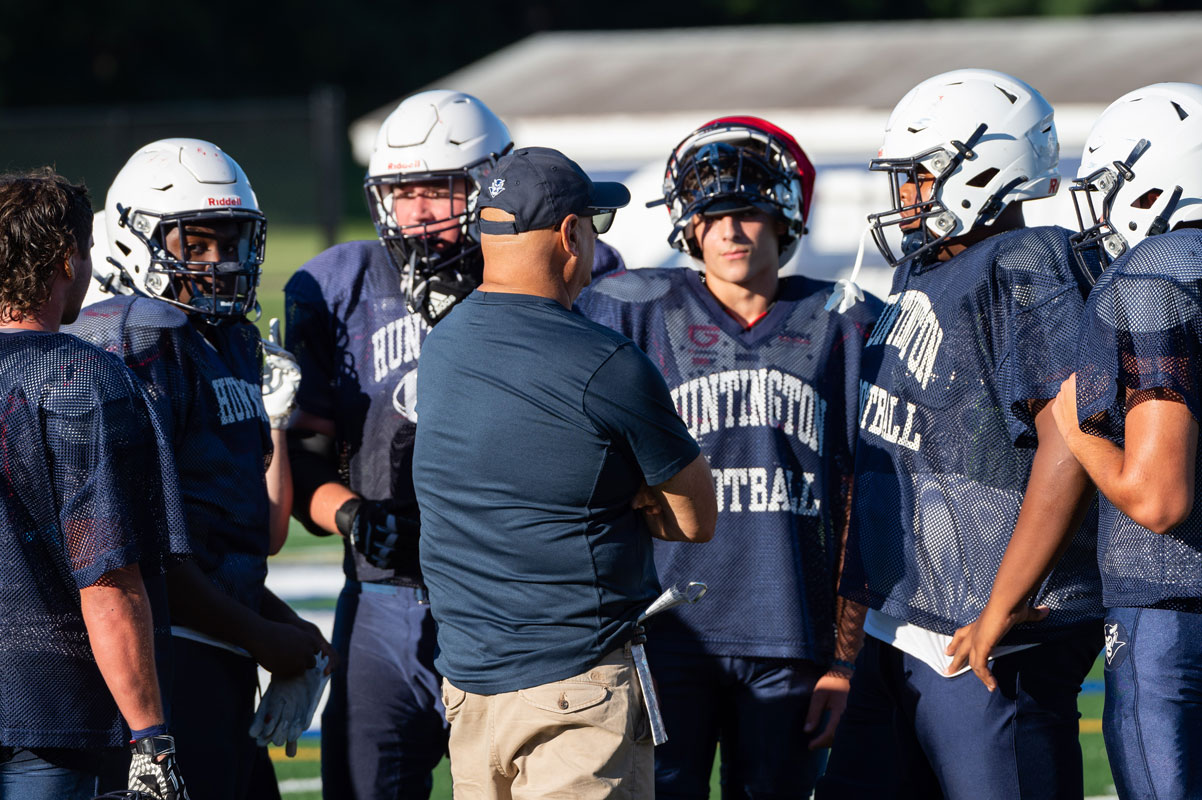 Steve Muller talks to his troops during the scrimmage with Bay Shore. (Darin Reed photo.)

Steve Muller talks to his troops during the scrimmage with Bay Shore. (Darin Reed photo.)