John Walsh thinks he has a really good team, but the Huntington High School varsity girls’ soccer head coach knows that games are won or lost on the field. The Blue Devils are in the midst of three scrimmages before taking on a 14 game schedule that will help make clear just how good the squad is this year.

Walsh will once again be assisted by J. Taylor Finley Middle School math teacher Vincent Tannazzo. The duo has been together on the sidelines for many years. Both coaches are highly competitive and they play to win. Nothing would make the two veterans happier than seeing the Blue Devils push deep into postseason play. 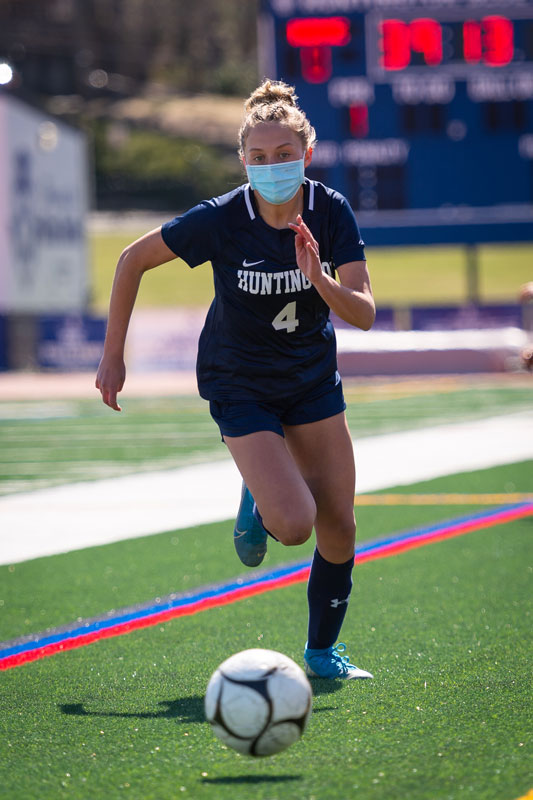 “I think the team is looking really good and we are playing really well together,” Forte said. “We all have the same goal of going far so we are all working super hard to achieve that!”

Huntington opens its season on Saturday when it travels to Patchogue-Medford for a 10 a.m. game. The Blue Devils play again on the road at Northport on Friday, September 10 at 4 p.m. The first home game is set for Monday, September 13 against Half Hollow Hills East.

“The team looks really strong so far,” Carnesi said. “We have a solid and aggressive offense and defense. Everyone has been working extremely hard to be prepared for game time. The atmosphere is exciting and competitive. We are all so pumped to get on the field and compete.”

The team has looked dynamic during practice sessions, which kicked off on Monday, August 23. The squad practice twice a day during the first week before scaling back to one practice a day throughout the second week.

Scrimmages with Half Hollow Hills West, St. Dominic’s and Walt Whitman will give Walsh a clearer picture of where to best use each of his players.

“We have some good talent this year,” Walther said. “I feel like the team is working really well together and hopefully we can make it all the way.”