Álzate stopped a second half penalty shot from close range and then rebuffed a second shot off the rebound to propel the Huntington (13-3-1) boys’ soccer team to a 1-0 victory over visiting Walt Whitman (9-7-1) in the Suffolk Class AA playoffs.

Julio Martinez scored on a header in the first half off a cross by Jose Flores and the Blue Devil defense made the slim advantage stick the rest of the way.

“To score and to run to my teammates was a great feeling and a moment that I’ll never forget,” Martinez said.

Álzate heroics were also something to always remember and his adoring fans serenaded him in a touching tribute. No. 5 Huntington had its hands full with No. 12 Walt Whitman. The Blue Devils, who just missed several scoring opportunities, will now advance to the county quarterfinals at No. 4 Smithtown East on Friday at 2 p.m.

“The penalty save felt familiar,” Álzate said. “I’ve been visualizing a moment like this all week and I knew he would shoot to my left way before he kicked it. I felt very confident. I knew that I was going to save it.”

Huntington played an aggressive and skilled game. It’s forwards, midfield and defense all played well. But the Wildcats kept the game close right through to the final horn.

The biggest crowd to watch a Huntington soccer game in many years kept the Blue Devils pumped up for all 80 minutes. The crowd included officials from both Huntington and South Huntington school districts who were into the game just as much as any fan.

“It was a crazy game,” said Jeison Blanco Portillo, one of Huntington’s key players. “We had a lot of opportunities that we couldn’t put in the back of the net, but we didn’t take any chances Julio scored a great goal from Jose’s cross from the left side, Daniel Álzate made an incredible save that kept us alive  I had a couple of chances, but J-Rod (Whitman goalie Joe Rodriquez, who transferred to the school from Huntington) made two good saves. It was an incredible night for the Blue Devils. We are wining this!”

Smithtown East will also bring a 13-3-1 record into Friday’s game. The two teams split a pair of games this fall with each school winning on their home turf. Huntington took the September 9 game by a 2-1 score. Smithtown East won the October 3 meeting, 3-2. 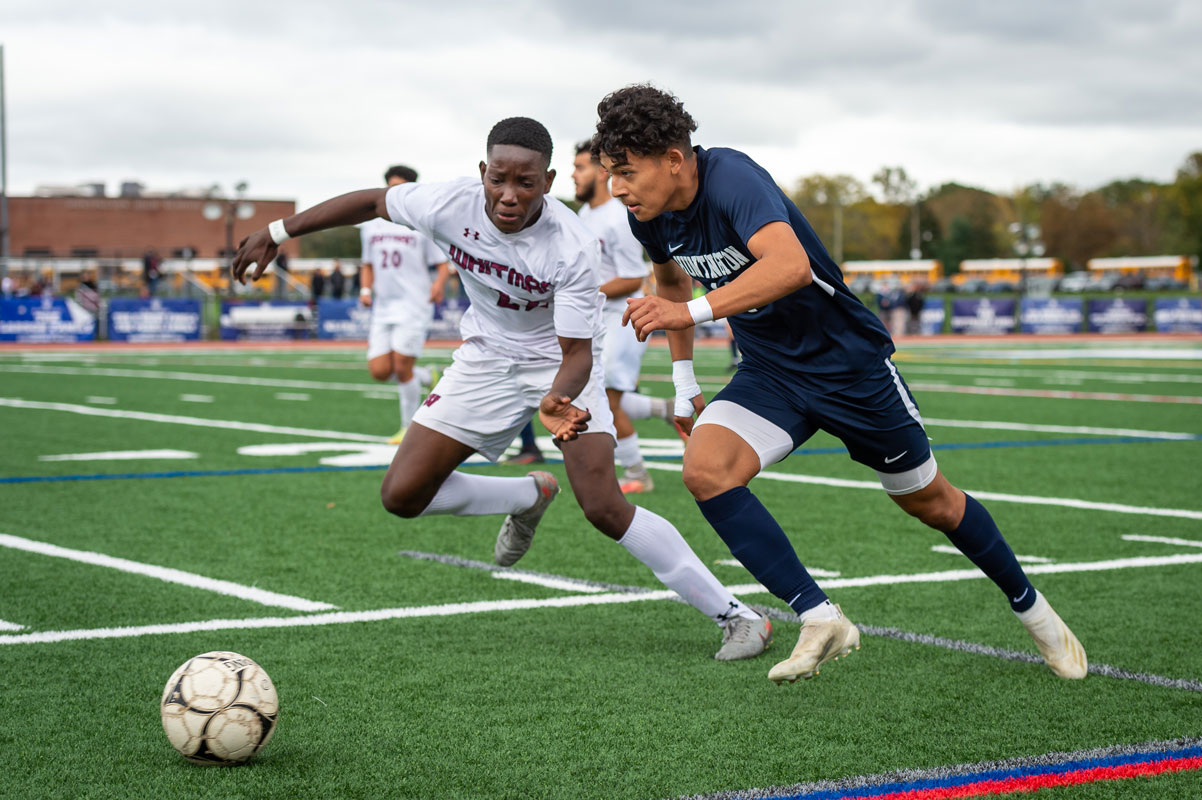 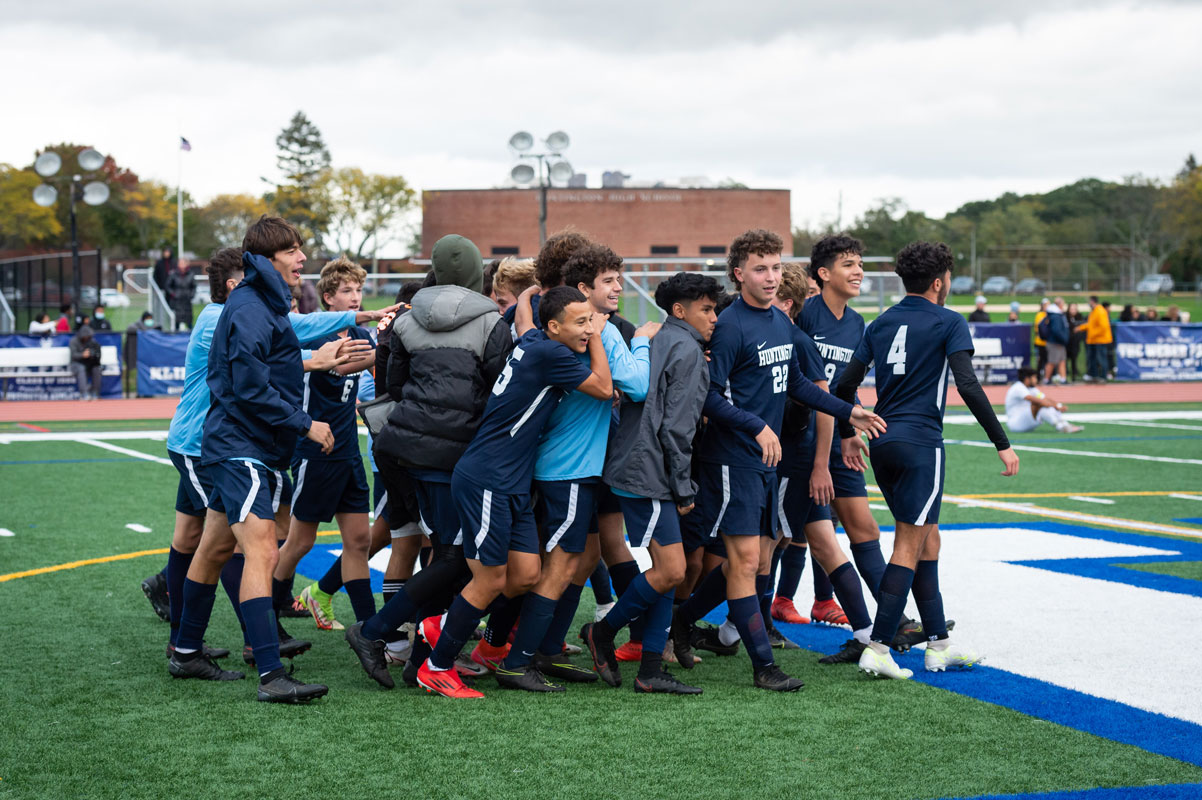 The Blue Devils coulnd't be happier to advance to the county quarterfinals. (Darin Reed photo.) 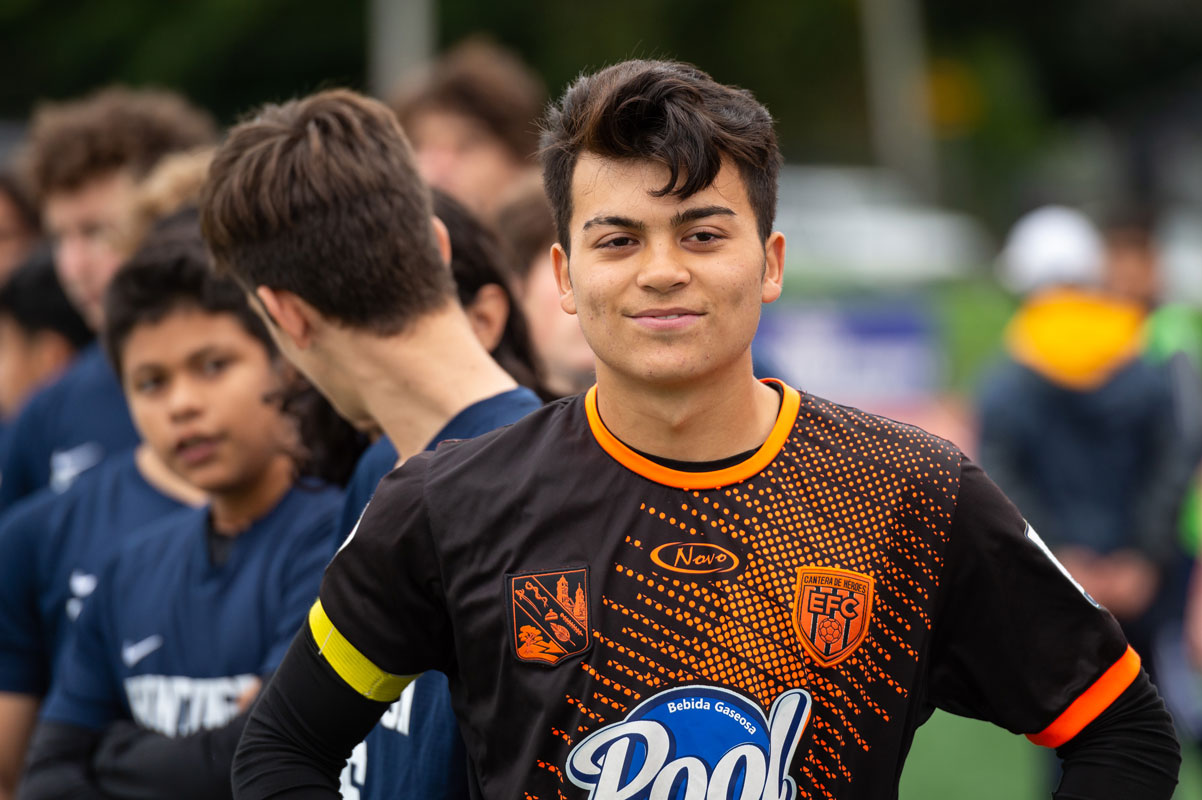 Danny Alzate was the Man of the Hour for the Blue Devils. (Darin Reed photo.)

The Blue Devils coulnd't be happier to advance to the county quarterfinals. (Darin Reed photo.)

Danny Alzate was the Man of the Hour for the Blue Devils. (Darin Reed photo.)