The Blue Devil JV defense has held opponents to scoring lows while the offense has been efficient at moving the ball and finding a way into the end zone.

Against Centereach last Saturday, sophomore Kei’Shan Miller was unstoppable offensively, defensively and on special teams during most of the game. The teenager scored twice on punt punt returns and had another return called back by a penalty. Miller also rushed six times for 72 yards and a touchdown.

The defensive unit dominated the Cougars, whose lone score occurred with less than a minute remaining in the fourth quarter. The Blue Devil defense permitted only 87 yards of total offense by Centereach.

Huntington sophomore Jahmar Francis also played a great game, returning an interception 101 yards for a touchdown. He scored the Blue Devils’ first touchdown when he scooted 63 yards on a breakaway run.

Team captain and quarterback Joey Zink led the charge with “some great play calling at the line of scrimmage,” Wilson said.

Defensively it was the tandem of Navado Petro and Dawin Preval on the line and linebackers Kevin London and AJ White that forced the Eagles to punt the ball on downs. “Their first score came on a broken coverage in the secondary and their last score was set up be a series of penalties against us that led to a touchdown run by them,” Wilson said.

Huntington plays at Copiague on Thursday night at 6 p.m. 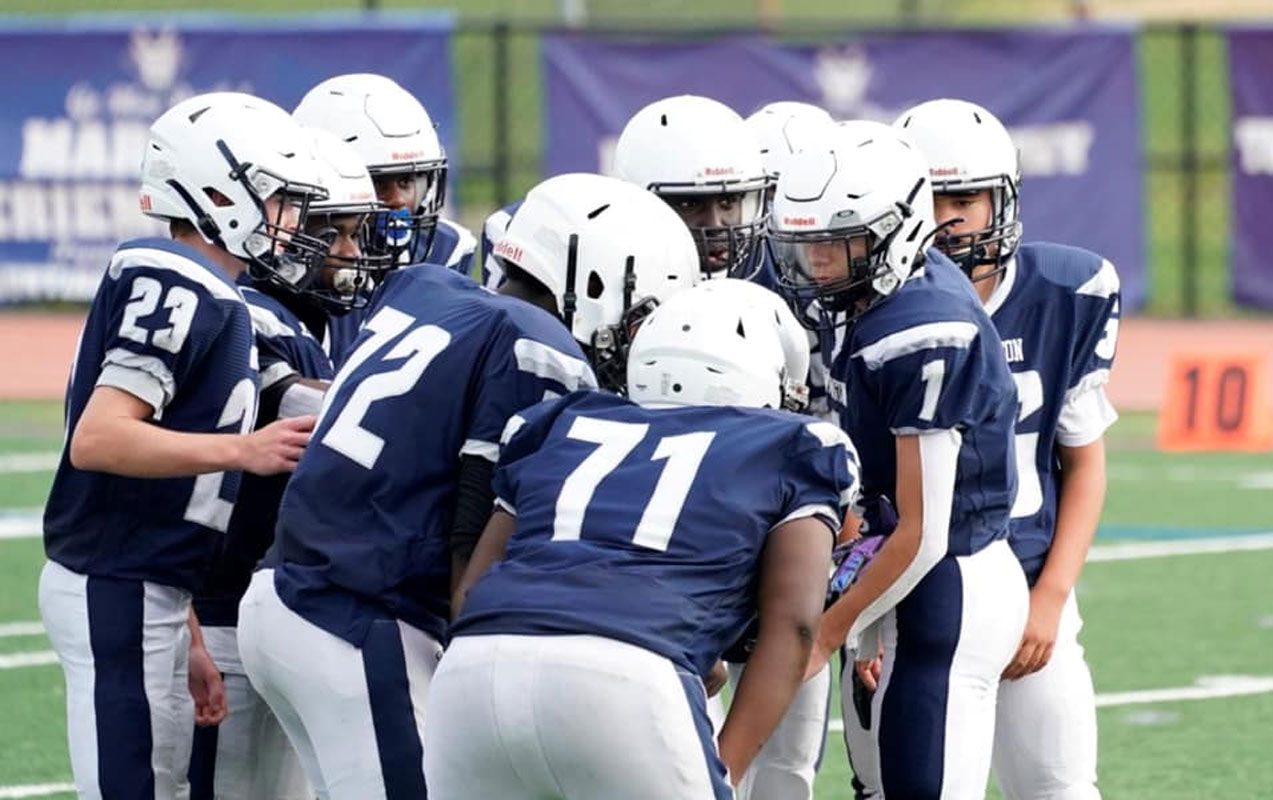 Huntington huddles before the play. 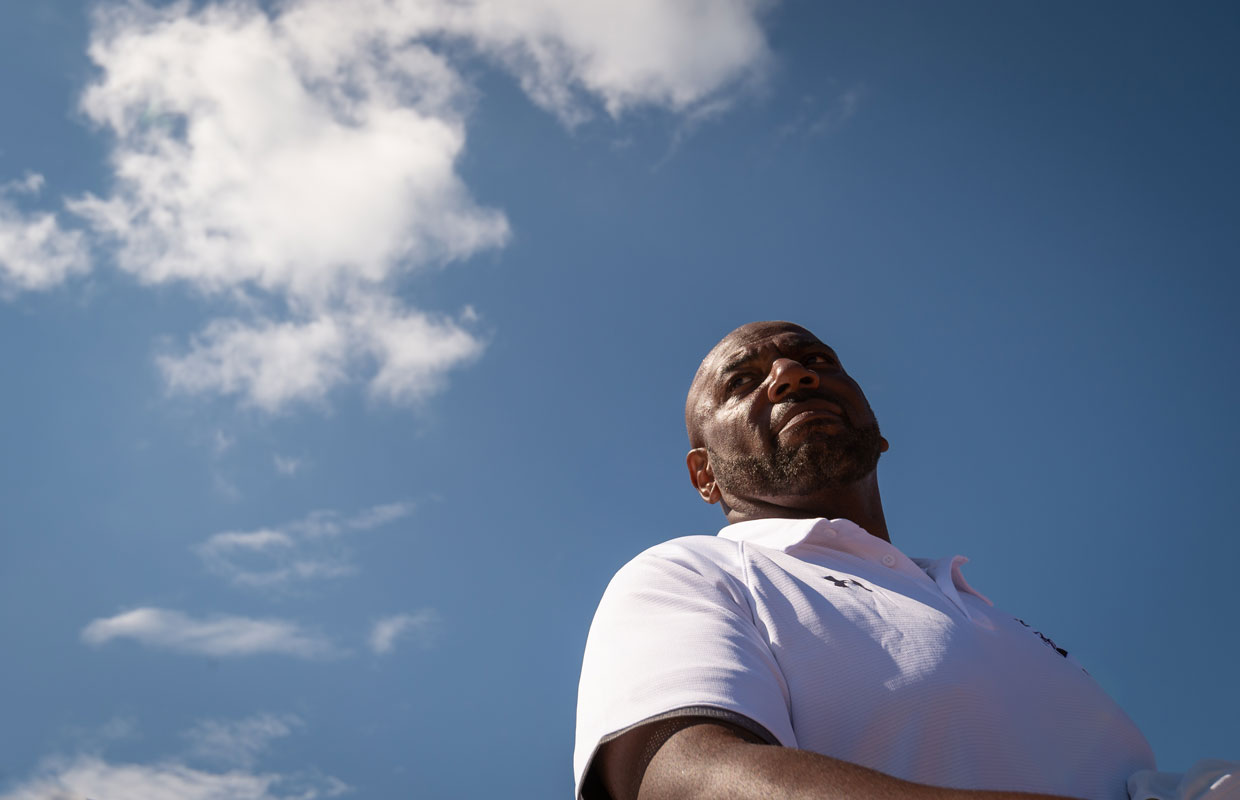 Huntington head coach Ron Wilson has the JV sitting with a 5-1 record.

Huntington huddles before the play.

Huntington head coach Ron Wilson has the JV sitting with a 5-1 record.