An 80 yard touchdown pass from quarterback Anthony Annunziata to Melendez and another O’Brien conversion gave the Blue Devils an insurmountable lead.

Before the game was over, Robbie Smith would score on a 20 yard run and Melendez would return an interception 60 yards for the final touchdown of the night.

The Blue Devils produced more than 300 yards of total offense, led by Smith, who rushed 13 times for 135 yards. Melendez had 10 carries for 90 yards. Petrizzi rushed four times for 25 yards.

Huntington’s defensive schemes were once again effective. Petrizzi had two quarterback sacks and Smith and Porzio had one each to lead the Blue Devils.

“We played well and executed on both sides of the ball,” Huntington head coach Steve Muller said. “Everyone contributed up and down the roster. Of course there are some things we can do better; and we will do them better. But all things considered, it was a great game for us. Centereach has good players and great coaches. It’s a team that can never be taken for granted; and we didn’t.”

Huntington will try for its fifth win of the fall campaign on Friday night at Copiague. The final regular season game is set for Saturday, October 30 at 1:30 p.m. The Blue Devils will play host to highly regarded Lindenhurst. 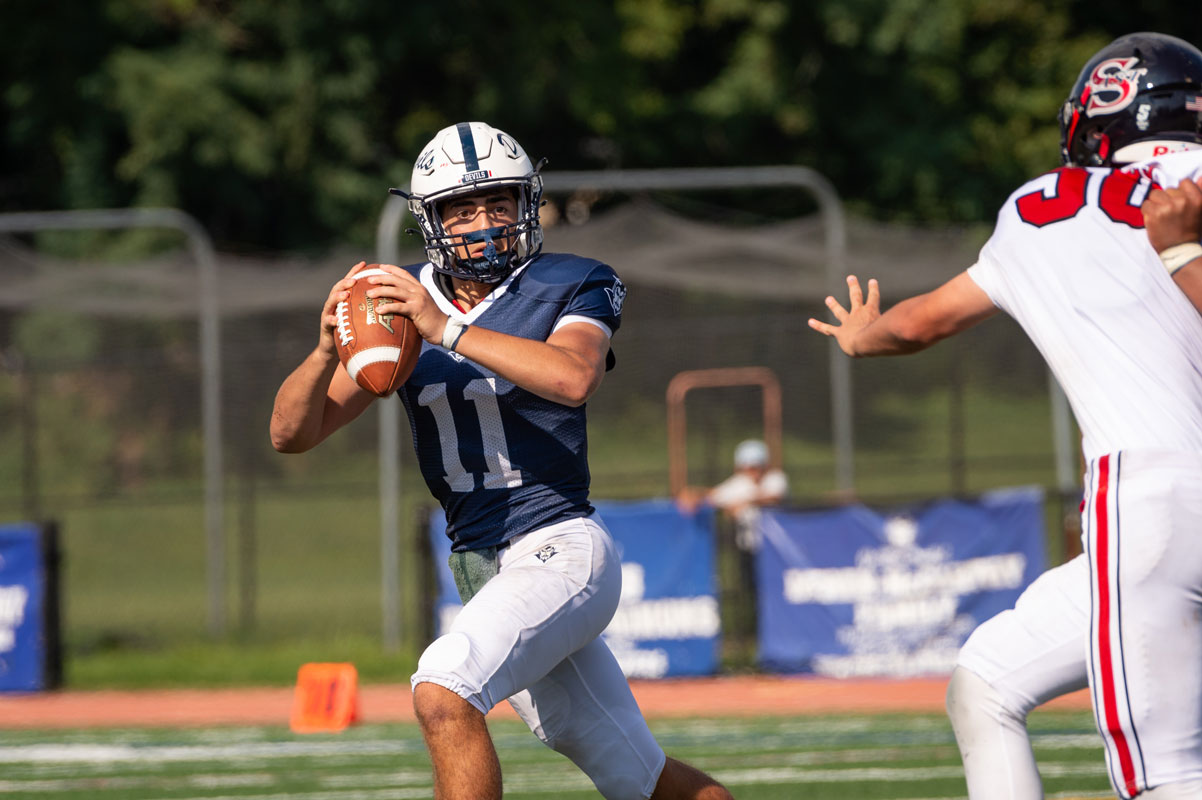 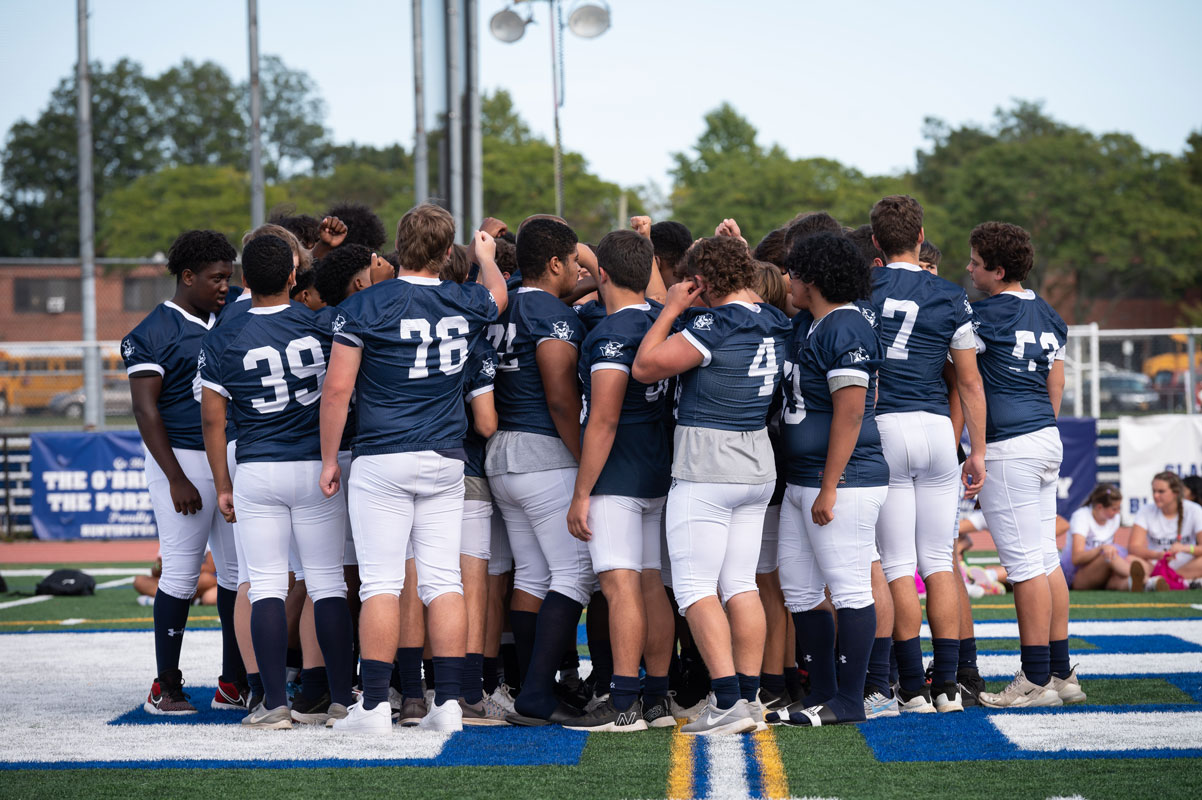