Shannon Kehoe officially signed an NCAA Division I national letter of intent, committing the Huntington High School senior to play on the women’s volleyball team at Canisius College in Buffalo.

The teenager inked the letter in the high school athletic office in the presence of her parents, brother and many teammates.

Ms. Kehoe is coming off a fabulous season as the Blue Devil setter, tallying 303 assists, 34 service aces, 102 digs and 45 kills.

“Shannon is one of the top setters in the county,” said Todd Donaghy, the Blue Devil varsity team’s head coach. “She surpassed 1,000 assists for her career this season and finished the season with a personal best 303 assists. Shannon played phenomenal defense and was tied for second on the team for most points scored off of the serve.

While undecided on a possible college academic major, Ms. Kehoe knows she wants to work with athletes and continue playing and coaching volleyball. “As for after college, my goal is to play overseas and with dual citizenship and an EU passport it makes it a lot easier.”

The teenager has played club volleyball for nine years between Creole Big Apple and Sportime Volleyball Club. “Not only do I currently play for Sportime, but I also have been working there the past few years, from teaching little kids to play volleyball at clinics to working the front desk,” Ms. Kehoe said. “I am looking forward to this season, which will be the first year I’ll be an assistant coach of a 15’s team, alongside my dad and cousin, Lauren a former college player.”

“Founded in 1870 by German Jesuits, Canisius is named for St. Peter Canisius, a renowned Dutch educator,” states the college’s website. “What began in a single building in downtown Buffalo now consists of 37 buildings located on 72 acres in a residential neighborhood in North-Central Buffalo. We are a masters-level, comprehensive university offering undergraduate, graduate and professional programs that are distinguished by close student-faculty collaboration and experiential learning opportunities that transform the mind and spirit.” 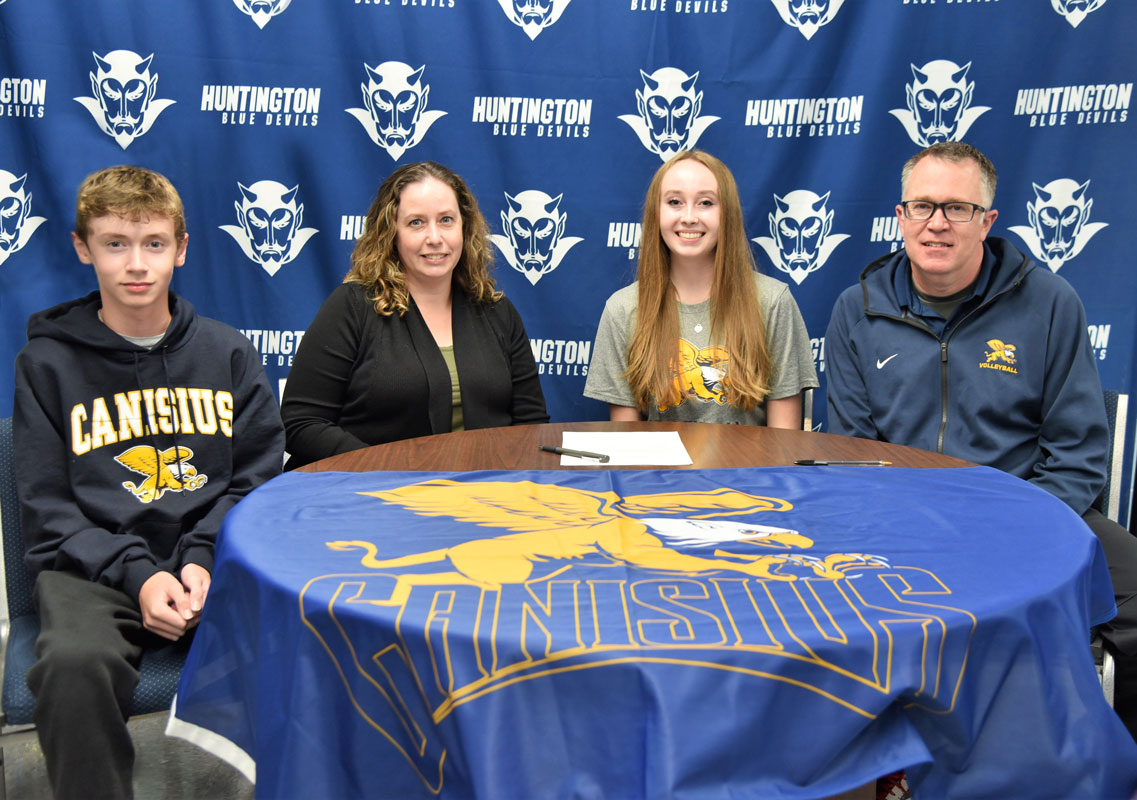 Shannon Kehoe is surrounded by her family at her letter of intent signing in the high school athletic office. 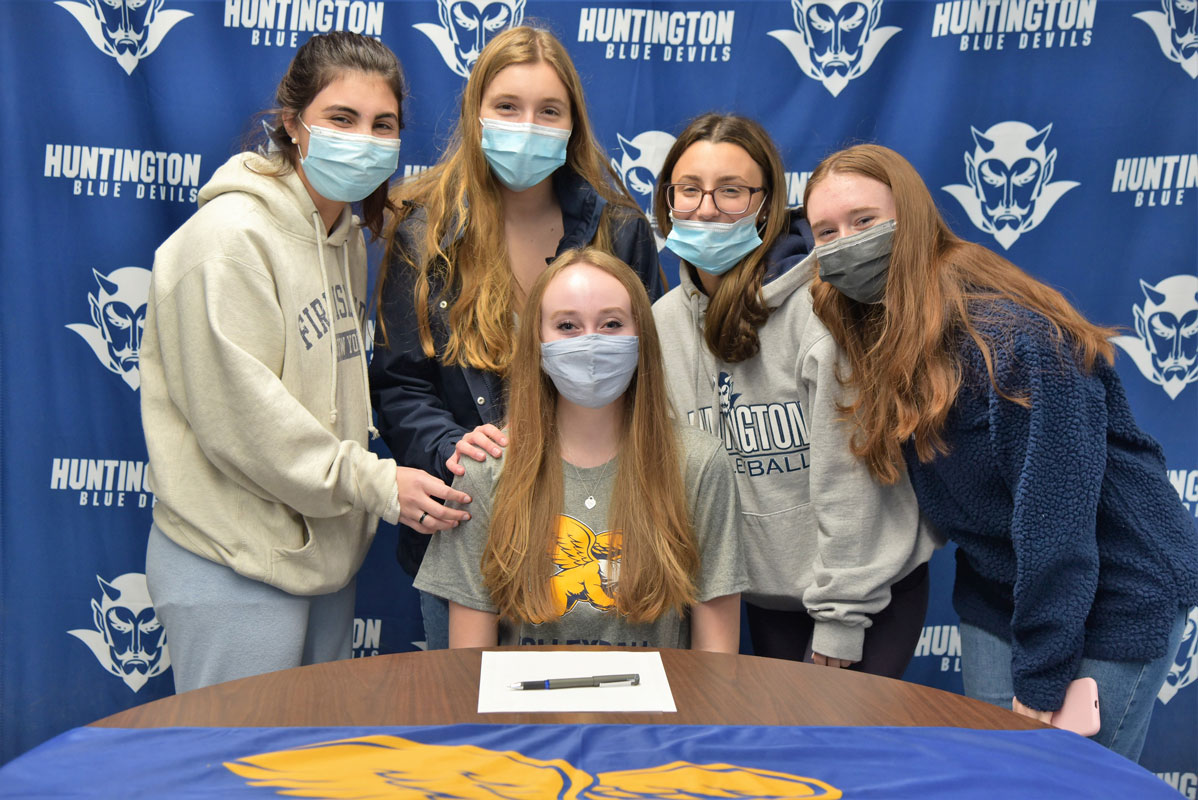 Shannon Kehoe is surrounded by her friends and teammates after signing a letter of intent.

Shannon Kehoe is surrounded by her family at her letter of intent signing in the high school athletic office.

Shannon Kehoe is surrounded by her friends and teammates after signing a letter of intent.