When Max Casiano steps onto a wrestling mat he’s all business. The Huntington High School sophomore has two varsity seasons under his belt and he’s poised to make a run at All-County honors this winter.

Casiano earned a promotion to the high school team as an eighth grader and he responded by winning 19 varsity matches and quickly becoming one of the Blue Devils’ best. 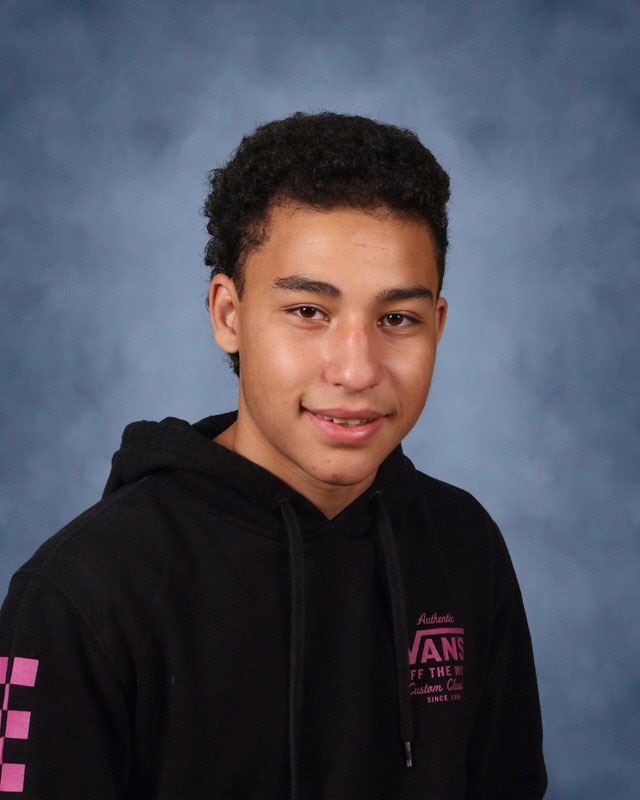 Max Casiano is on top and in control for Huntington. (Darin Reed photo)

While he performed well last winter in a season that was dramatically shortened by COVID-19, Casiano has been training off-campus many times a week for most of the past year, wrestling in tournaments as frequently as possible.

Casiano is a competitor. He thrives on it. Can’t get enough of it. He can be slick from all three positions, but he is still improving. “Max is great on his feet, on top and on bottom,” said Huntington head coach Travis Smith. “You might look at the score and see that he won by only one point and think it was a close match, but Max is always in control.”

It takes a confident wrestler to bring a one point lead into the final two minutes and need to ride out an opponent to win and not panic. Casiano is that wrestler. He’s strong and has above average leverage. He’s smart and conserves his energy for those short bursts, which are called flurries in wrestling.

No one has to hound Casiano to work hard in practice. The teenager is self-driven. He doesn’t talk a lot about the sport, preferring to keep his own counsel. He’s never shown any signs of being intimidated, approaching what he sees as an easy match in a way similar to how he prepares for a difficult one.

A match is a match. Casiano is always ready to go the full six minutes and overtime, too, if that becomes necessary. He’s been wrestling since a very young age and devotes an enormous amount of time to training and competition. He’s capable of hitting a big move and turning around the score in seconds.

The Blue Devil practice room is the kind of place that was made for Casiano, who excels in that atmosphere of competition, drilling and scrimmaging with others who have similar goals. Every Huntington wrestler wants to win league, county and state championships. Casiano is further along than most others. He is expected to be one of Suffolk’s best the next three years.

A hardnosed competitor, when the whistle blows, it’s definitely not fun and games for Casiano and who he’s matched up with. It’s a battle of wits and strength; of technique and endurance. Few can match the sophomore’s determination and even fewer can come close to his level of conditioning.

Lean and muscular, Casiano works himself into a “zone” mentally when he gets up and starts to prepare to take the mat. No one knows what goes on in his mind. All his coaches see is someone willing to pay the price to be the best.

“Max knows that the best Huntington wrestlers have been county and state champions and he wants to join that exclusive club,” Smith said. “In a county as deep as Suffolk, that takes a strong work ethic and a desire to be better than anyone else at your weight.”