Sophomore Jack Semelsberger is fresh off a series of sensational performances as one of the stars of this fall’s Huntington High School drama club production. The teenager has plenty to keep him busy, including interesting classes, playing on the reinstated varsity bowling team and taking to the stage again in April for the school musical.

Mr. Semelsberger is a really good guy. He’s happy and good natured and finds the positive in just everything he does. People of all ages like him. He’s personable, genuine, kind and considerate. He’s an original article and he doesn’t try to be anyone other than himself. 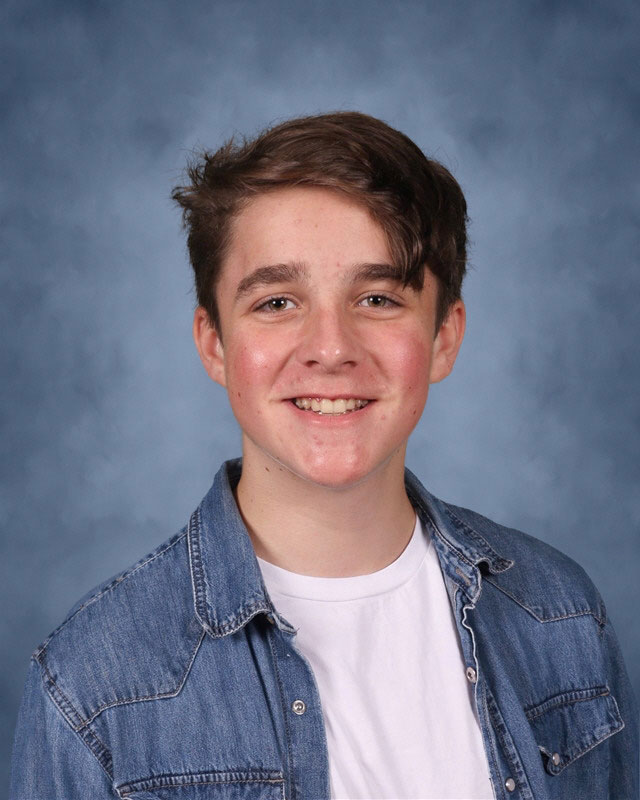 “I was just in the drama club’s production of ‘The Curious Savage,’ which I absolutely loved,” Mr. Semelsberger said. “As for activities going forward, I’ll be participating on the newly reintroduced varsity bowling team, which my friends and I had always said would be interesting if they brought it back and now it has returned!”

The teenager is a teacher favorite. Mr. Semelsberger is valued by his classmates and castmates. Drama club faculty advisor Michael Schwendemann thoroughly enjoyed the opportunity he had to work with the sophomore and is looking forward to the next stage production in April when the duo is expected to reunite.

“After bowling ends at the end of January, it leads nicely into the musical production, which I also intend to do,” Mr. Semelsberger said. “This year was a big shift for me as I went from having no after school activities and now doing three. It’s not a lot in comparison to others, but it’s a nice change for me from last year.”

Although he’s only in tenth grade, Mr. Semelsberger lets his mind wander every now and then to thoughts about college and possible career paths.

“College is an odd thought for me, as I feel like it’s both years away and also sooner than I think,” Mr. Semelsberger said. “I’ve been very interested in directing as a whole and also really enjoy photography and video, both of which are interests I want to pursue to some capacity in the future. I’m also very interested in history and no matter what, I want a focus of some kind on history as a part of my college education.”

Mr. Semelsberger is in the midst of a great sophomore year and he’s doing very well in all of his classes.

“This year, as an elective, I took Intro to Photography with Mrs. [Pamela] Piffard and I really enjoy the class,” Mr. Semelsberger said. “Putting in the effort with real black and white film and being able to see your results is an incredible feeling and I’ve loved every minute of it. All my teachers this year are great, but if I had to pick any favorites, I’d have to say they’re Mrs. [Danielle] Raguzin, Mr. [Michael] Graziano and Mrs. [Lauren] Desiderio.”

Last summer didn’t exactly play out as planned, but the teenager rolled with the punches, again making the best of the situation.

“Last summer was not the most interesting for me, if I have to be completely honest,” Mr. Semelsberger said. “Like most people, my travel plans got disrupted by the uneasiness around the quarantine rules. I got a job at a local deli in town and I worked for the entirety of the summer. In the last two weeks of summer vacation, my friends and I tried to hang out as much as possible.”

Mr. Semelsberger is close to his family. They love and support him in his activities and they are always nearby to lift his spirits when that’s necessary. He’ll always fondly remember a cruise to Bermuda that he took with his family as a seventh grader.

The teenager loves being a Huntington High School student. He’s using his classes, teachers, clubs, teams and his classmates to develop and grow in every possible way.

“The Huntington experience to me is one of support and uplifting,” Mr. Semelsberger said. “Each area of activities, whether sports, academics, arts or music and their clubs have lots of support from the school and all thrive. Other schools don’t have what Huntington has, which is a great balance, as no area of activities is extremely valued over another and the Blue Devil pride is an amazing support and unifying school-wide belief.”

Huntington hasn’t had a bowling team in 30 years so Mr. Semelsberger and his teammates are about to make history. Practice begins this week with competitions scheduled to start by the end of the month.

“I’ve had very good experiences at Huntington and I hope the years going forward will be just as good,” Mr. Semelsberger said.