Four Huntington High School varsity girls’ soccer players have garnered post-season honors. Teddi Carnesi and Emily Plachta has been tapped as All-County and Katie Browne and Edelyn Garcia have been picked for the All-Conference team.

Coached by John Walsh and Vincent Tannazzo, the Blue Devils were captained by Carnesi, Plachta, Browne and Garcia. The roster numbered 24 players in all.

“It was a hardworking group who never gave up,” Walsh said. “We had some big injuries and heartbreaking losses, but competed hard against some of the top teams in the county.”

Injuries knocked several key starters out the lineup and kept a few others off the field for various stretches of time. Three underclassmen who stepped into the void performed well and along with the veterans kept the Blue Devils competitive.

Huntington took leads into the second half against several of Suffolk’s best teams, but couldn’t sustain the edge. The Blue Devils compiled an overall mark of 7-9, although it is deceiving and masks just how good the team really was.

Carnesi led the team with seven goals. “Teddi runs the program,” said Walsh about his field general. “She takes all the free kicks and can be dominant.”

Garcia was a lockdown defender. Browne and Plachta were important on both offense and defense and controlled the midfield.

A playoff victory at Commack was the highlight of the season. Carnesi and Analisse Batista scored back to back goals and then the Blue Devils hunkered down on defense and held off a furious late game rally.

Gianna Forte and Hope Bilkey will lead the returnees next fall. “We will be young next year and will have to grow together as a team,” Walsh said. 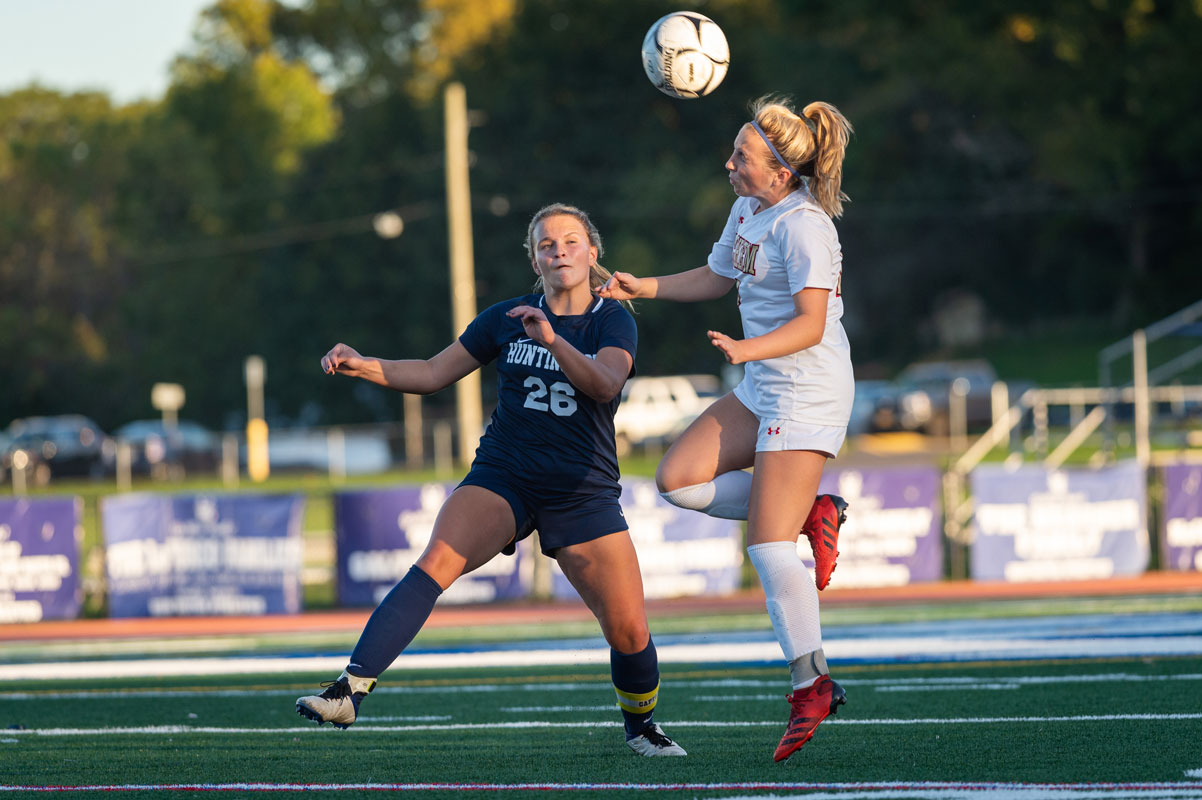 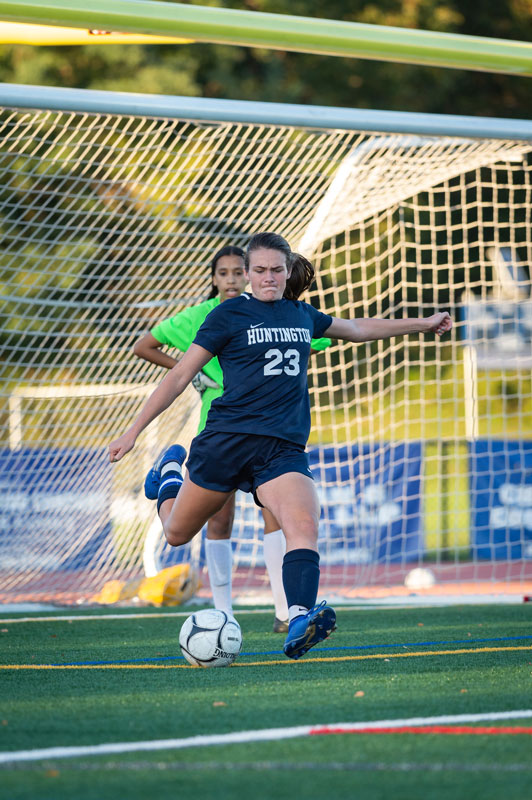 Emily Plachta has been a mainstay of the Huntington program. (Darin Reed photo.)

Emily Plachta has been a mainstay of the Huntington program. (Darin Reed photo.)