Flower Hill Primary School students sure do love America’s military veterans. Teachers helped students to understand the meaning of the special day set aside for an inspiring group who put their lives on the line for the freedoms enjoyed throughout the United States today.

Flower Hill second graders took an in-depth look at the history of how Veterans Day came to be established and the importance of showing appreciation for all they’ve done for the country.

Students in the classes of teachers Tiffanie Kelly, Arlette Epstein, Jaime Jerome and Brenda McManus created colorful posters that were then displayed in storefront windows throughout Huntington village shops to say ‘thank you’ to local veterans on November 11.

“This is an annual project that the new second graders take much pride in creating to show our thanks to our community members,” Mrs. Kelly said.

In addition to the posters, Flower Hill students across all grade levels participated in creating cards and/or artwork to send to those residing at the Long Island State Veterans Home in Stony Brook. “It was a great project to be a part of, sharing our thanks to the residents at the home,” Mrs. Kelly said

The Flower Hill youngsters were interested to hear that a “veteran” is defined as any man or woman who has served in the US military. They learned that on November 11, 1918, an armistice was reached between opposing nations to effectively end World War I. Observances began the following year on what was then called Armistice Day. In 1954, President Dwight D. Eisenhower extended the observance to any American who had ever served in uniform and changed the name from Armistice Day to Veterans Day. 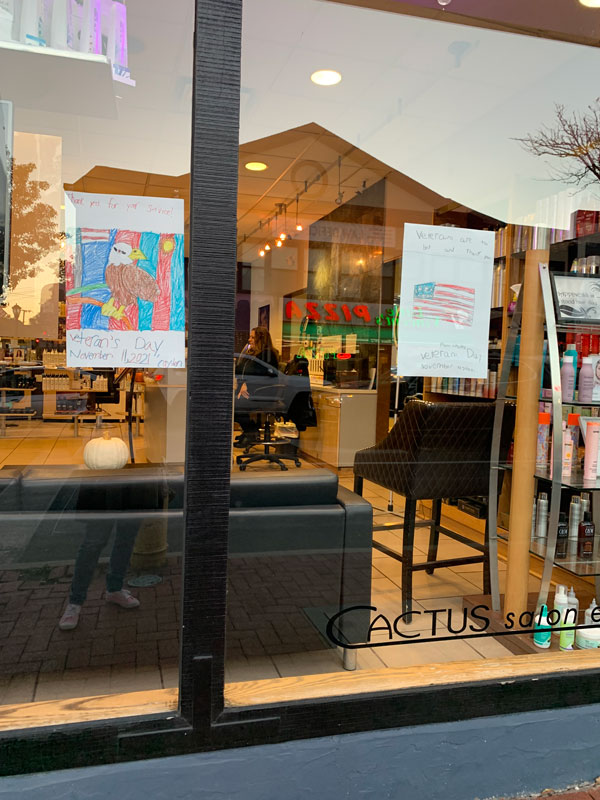 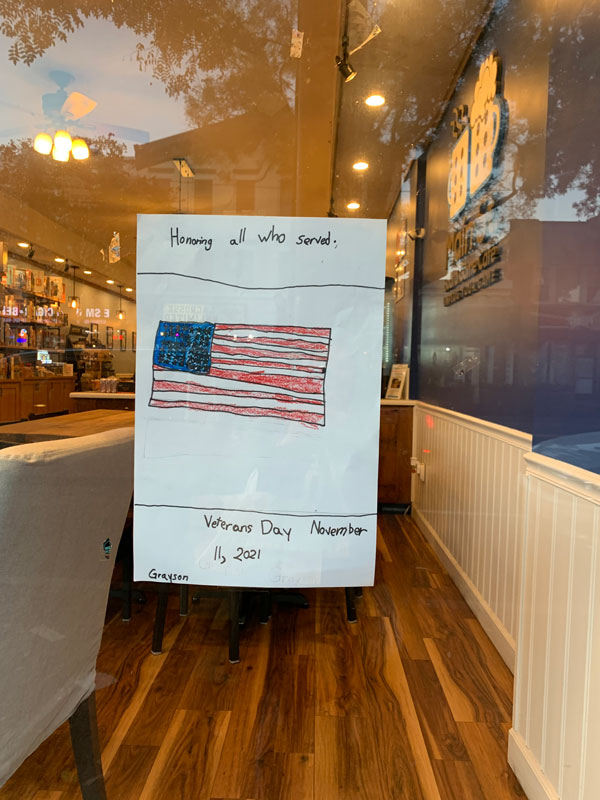