The Huntington High School Blue Devil marching band wrapped up its competitive season with a splendid third place finish in the New York State Field Band Championships at the Carrier Dome in Syracuse on Sunday.

The Blue Devil band’s score of 88.80 points was a mere two points short of state champion Webster (90.80) and less than a half-point behind runner-up West Seneca, which tallied 89.15 points.

Bands in the state championships are required to perform a musical and visual show of about 10 minutes in total length for a panel of ten judges, which rank the bands within each respective class.

Blue Devil Band Director Brian Stellato led the Huntington musicians and color guard members into the championships alongside a professional staff that many consider to be second to none and dozens of loyal and supportive parents who made the 300 mile trek to Syracuse.

“The entire Huntington Blue Devil marching band organization, from students to staff to parents, are just thrilled with how our competitive season concluded,” Mr. Stellato said. “The band scored an 88.8, placing third out of nine bands in the Large School 2 division of the New York State Field Band Conference. To finish in the top three in this division, up against these incredible band programs, with a band comprised of about 60 percent of students who have never marched before, is just truly remarkable!”

The Blue Devils’ score of 88.80 is the highest the band has received at the state competition since 2003.

“The HBDMB is one giant family,” Mr. Stellato said. “Our amazing Band Parent Association of Huntington, led this year by presidents Erin Hannigan and Arienne Lima, did such an amazing job of supporting our kids and our program and were constantly looking to see what they needed to do next and how they could support the program more. I’m so grateful to our parents, to our outstanding instructional staff, to our super talented design team and writers and to everyone who helped make 2021 a hugely successful comeback season.” 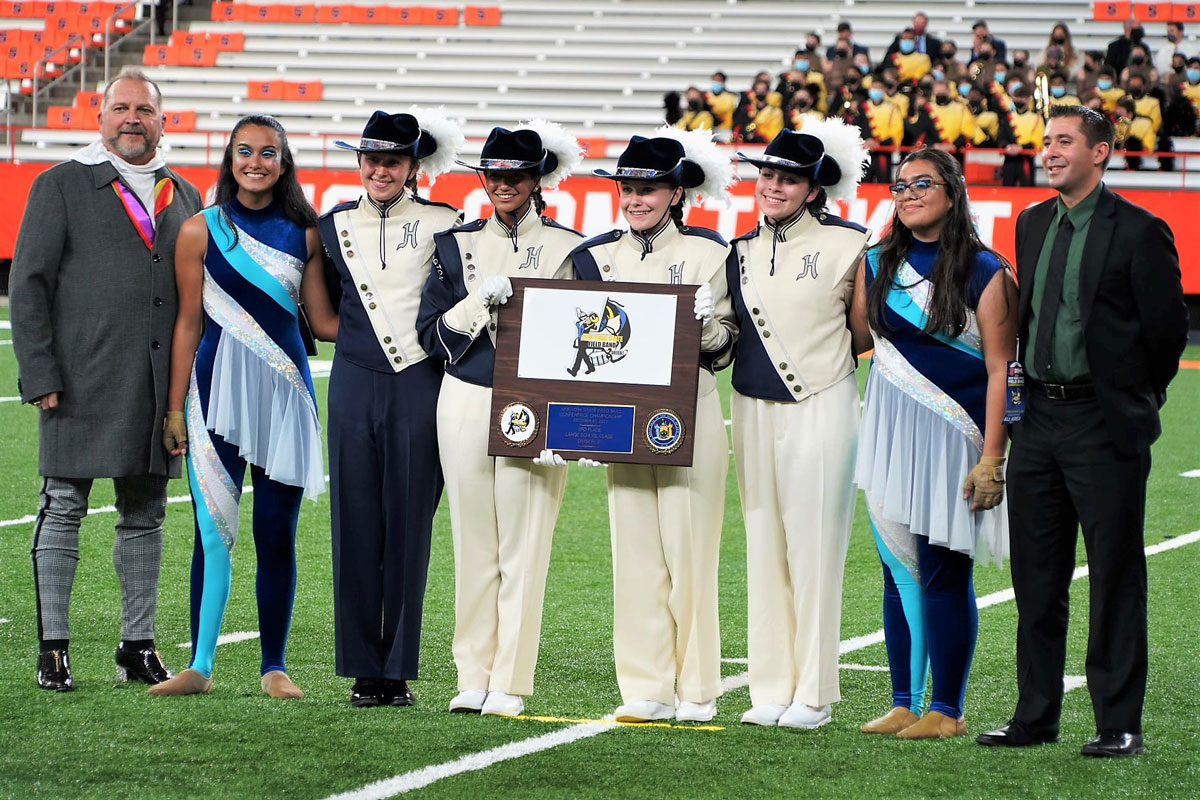 Blue Devil musicians and color guard members are the best of the best. (Gregg Geller photo)

The Huntington band notched its highest score in the state championships since 2003. (Gregg Geller photo)

Blue Devil musicians and color guard members are the best of the best. (Gregg Geller photo)

The Huntington band notched its highest score in the state championships since 2003. (Gregg Geller photo)