Valerie Rogel has worked exceedingly hard over the past four years and now the Huntington High School senior has something very impressive to show for it. The teenager has been accepted into the freshman class at Columbia University. She’s thrilled to begin studying on the Ivy League school’s Morningside Heights campus in New York City.

“When I stepped onto Columbia’s campus in my junior year, I immediately felt a sense of intellectual vitality among the students,” Ms. Rogel said. “There are so many factors that caused me to apply, one of which is the core curriculum, which will allow me to explore global studies, literature and philosophy although I will have a STEM focus in my education.”

Ms. Rogel has mastered all of Huntington High School’s most difficult courses and aced each one. Her academic and co-curricular records are the stuff legends are made of and there’s no doubt she will leave behind an indelible mark when she graduates in June.

“Currently, I plan on studying statistics and the special concentration in public health,” the teenager said. “I am in awe of the quantity of courses that allow me to unite these interests in a meaningful way. I’m extremely passionate about the oftentimes harmful relationship between corporations and consumers in the food industry and want to assist in improving the American diet through statistics and quantitative analysis.”

The senior has used her time over these past four years very wisely, exploring course offerings across every academic discipline, establishing productive relationships with faculty members and participating in the extracurricular activities program.

“Huntington’s offerings of rigorous Advanced Placement courses have taught me a multitude of lessons that I will carry with me to the next chapter of life,” Ms. Rogel said. “Among these are time management skills, the benefits of communicating with teachers and most notably, the importance of finding a sense of camaraderie among one’s peers.”

The senior has represented the Blue Devils in cross country, indoor and outdoor track and field, earning varsity letters during all three seasons.

“One of the most exciting aspects of Columbia is the activities that students of all interests can join,” Ms. Rogel said. “I’ve been looking forward most to joining the Columbia University Road Runners, since it has been a dream of mine to compete in the New York City Marathon and half marathon. I also would like to volunteer for Columbia’s food bank and the Community Lunch program in order to assist with reducing food insecurity and increasing sustainability.

When she graduates, Ms. Rogel will head off to Columbia with many fond memories of several Huntington teachers that have made a real difference in her life.

“Naturally, I have Mrs. [Lynn] Hendricks to thank for inspiring my pursuit of a statistics major; her class was definitely one of the most valuable I have taken,” Ms. Rogel said. “It’s incredibly difficult to choose just a few, but some of my favorite classes also included AP U.S. History with Mr. [Kenneth] Donovan and AP Chemistry with Mrs. [Danielle] Raguzin due to their enthusiastic and engaging teaching style (and of course, my fellow classmates). I’d also like to give a shout-out to Mrs. [Karen] Grosso, Mrs. [Patrice] Monks and Mr. [Paul] Esposito of second, fourth and sixth grade, respectively, which I consider to be some of the most formative years of my earlier education.”

Ms. Rogel saw summer vacations as not only a time to rest and recharge, but as an opportunity to continue growing intellectually and in every other way.

“I credit a lot of my success to the opportunities I seized over the summer,” Ms. Rogel said. “I was an intern at Stony Brook University’s School of Marine and Atmospheric Sciences as well as the Cold Spring Harbor Laboratory and I took a college level course (Coding in R) through the Harvard Summer School.”

Although she is excited to be on the cusp of heading off to one of the most highly regarded universities in the world, Ms. Rogel believes she is leaving a very special place.

“What makes Huntington stand out is its opportunities for students to succeed and I’ve had so many teachers who genuinely care about not only their students’ academic success, but about their outside pursuits as well,” Ms. Rogel said. “The most important lesson I’ve learned is that the more you branch out and be yourself, the more you’ll enjoy high school. It’s the little things I’ll remember most: comical struggles with the chemistry absorbance lab equipment, hearing Mrs. [Monica] Racz’s endlessly entertaining anecdotes and playing badminton with my friends in the gymnasium.” 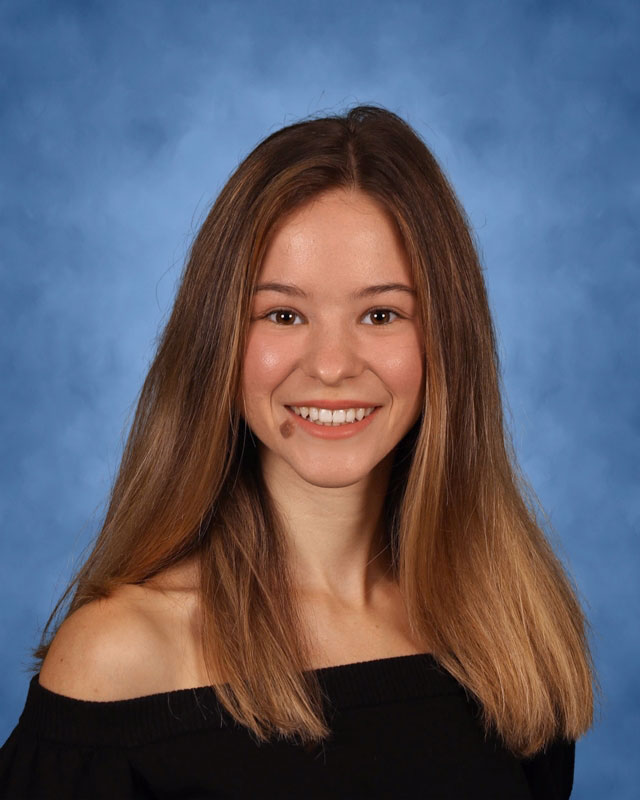 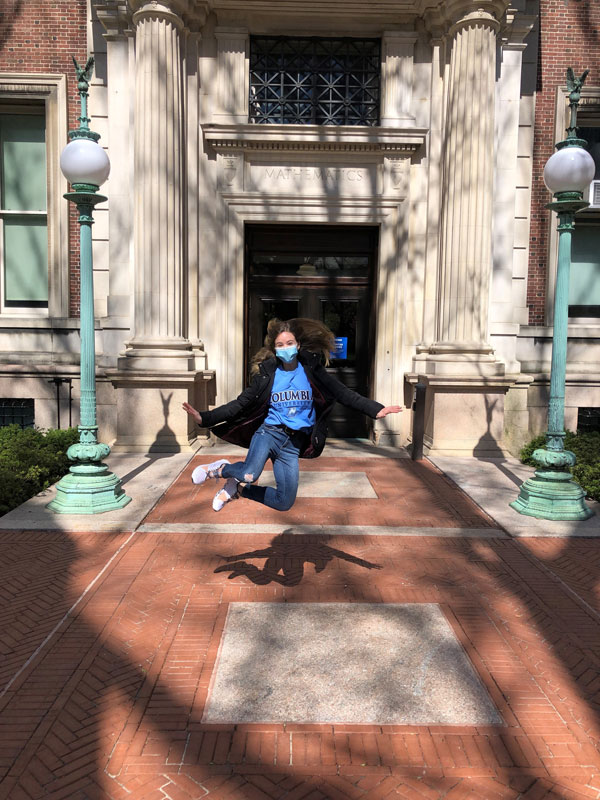 Huntington senior Valerie Rogel on the Columbia University campus outside of the mathematics building. 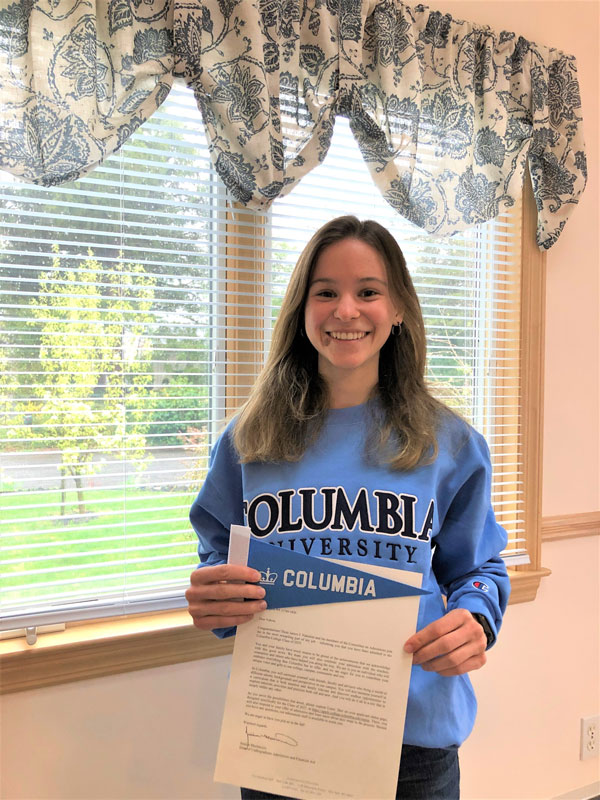 Valerie Rogel is all smiles after being accepted into Columbia University's freshman class.

Huntington senior Valerie Rogel on the Columbia University campus outside of the mathematics building.

Valerie Rogel is all smiles after being accepted into Columbia University's freshman class.