The deadly Triangle Shirtwaist Company factory fire occurred many decades before J. Taylor Finley Middle School English teacher Kimberly Schiller was born, but the veteran classroom educator has gone to great lengths to make her classes familiar with the event and understand why it continues to be important today.

Located in Greenwich Village in Manhattan, the Triangle Shirtwaist Company factory went up in flames at about 4:40 p.m. on Saturday, March 25, 1911. Within 15 minutes, 146 workers, mostly Jewish girls and young women between the ages of 13-23, were killed.

According to the PBS website, “In the 19th and early 20th centuries, the shirtwaist blouse was regarded as the model shirt for the independent, working woman. A button-down blouse, the functional shirtwaist was valued for its ready-to-wear, workplace appeal and its simple design, originally modeled on menswear shirts.”

Ms. Schiller brings the long ago fire back to life each year for her Finley classes. She has participated in commemorations at the site of the deadly blaze, invited relatives of victims of the tragedy to Finley and had her students engage in readings about that infamous day.

“Due to the pandemic, my students and I were not able to visit the Triangle building as we usually do on the fire’s anniversary on March 25, but our principal, Traci Roethel was able to have the students go on a virtual field trip instead.”

Ms. Schiller’s eighth grade English students participated in an interactive play titled “Layer the Walls,” which created, written and performed by Rachel Sullivan and Liz Parker. The pair was inspired to write the play after a visit to the Lower East Side Tenement Museum in New York City. While there they noticed layers upon layers of wallpaper and together they imagined what could have occurred in the apartment with different families living and struggling there over the years.

“In 2018 and 2019, Rachel invited me to give talkbacks after their performances in the city,” Ms. Schiller said. “I gave background information about the Triangle fire, including its causes and effects and answered questions from the audience as well. It was a wonderful experience, and I was thankful when Rachel reached out in January to discuss bringing the play to Finley.”

During the last five years, the two playwrights have been performing in different schools and venues across the country, but the pandemic put the brakes on the show.

“During quarantine, they revamped their play into an interactive production to reach children instead,” Ms. Schiller said.

“Layer the Walls” is historical fiction, with a scene that features photographs, music and set design for the students to imagine what life was like for a garment worker in 1909 in New York City.

“This is prior to the Triangle Shirtwaist Factory fire in 1911 and close to the time of Rose Nolan, the protagonist from the novel ‘Ashes of Roses’ by MJ Auch,” Ms. Schiller said. “I read it with the students each year.  During the interactive play, students are asked to mime their work at a heavy duty sewing machine, imagine stifling working conditions in the factories, fear of losing their job if they are not working fast enough, etc.”

The Finley eighth graders were thoroughly immersed into this world of over 100 years ago by Ms. Sullivan (narrator) and Ms. Parker (the main performer).

“During the third and final episode of the series, students are asked to create a new character; a New York State lawmaker who is faced with a major crisis when the Triangle fire tragically occurs taking the lives of 146 workers,” Ms. Schiller said. “The focus at this point is the fire safety laws that arose from this horrific tragedy. The students are faced with actual testimony and they vote yay or nay regarding the proposed fire safety laws.”

Throughout “Layer the Walls,” students were challenged with thoughtful free-writes and journals to help them gather their ideas and handle the information presented.

“At the end of the production, I asked students to work on a creative piece where they could illustrate a portrait of their fictional garment worker or lawmaker or design a funeral ribbon (in memory of those lost in the Triangle fire),” Ms. Schiller said. “Many of my students did an amazing job with the project overall and their artwork is beautiful and poignant.”

The Finley teenagers were moved by the production and fascinated by the historical aspect of the terrible fire and the changes that were ushered into society as a result of it.

“Last week, two of my classes were able to meet Rachel and ask her questions about her production over Google Meet,” Ms. Schiller said. “It was great to have a real live person visit the students in such a strange school year. They asked her about the inspiration behind the play, the interactive project and its artistry.” 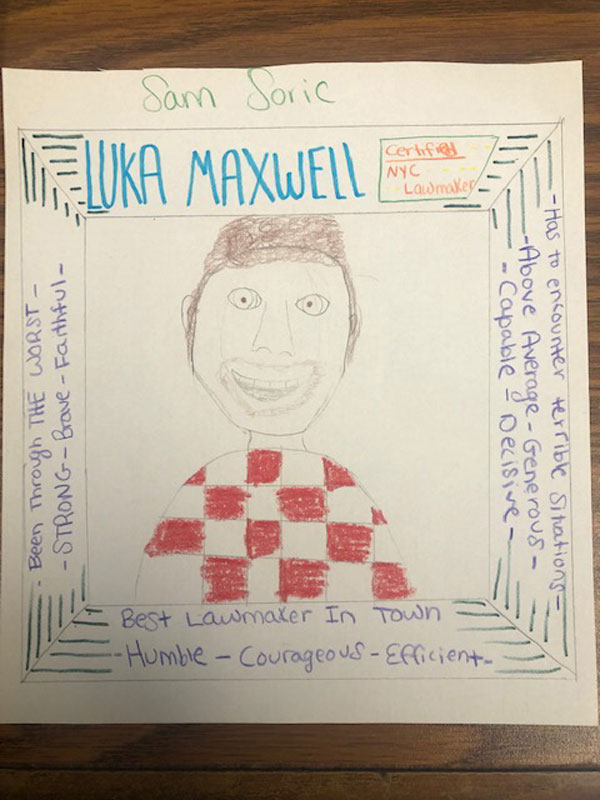 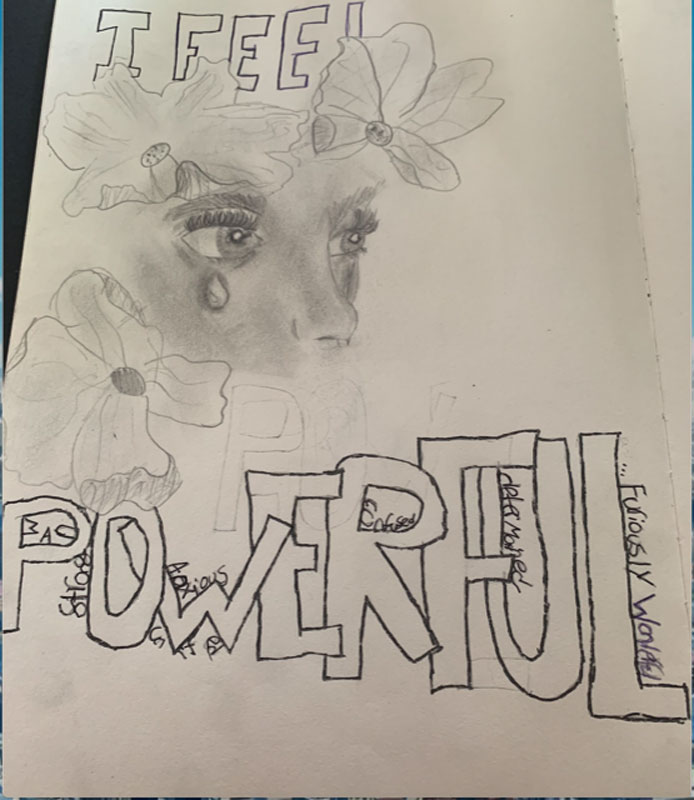 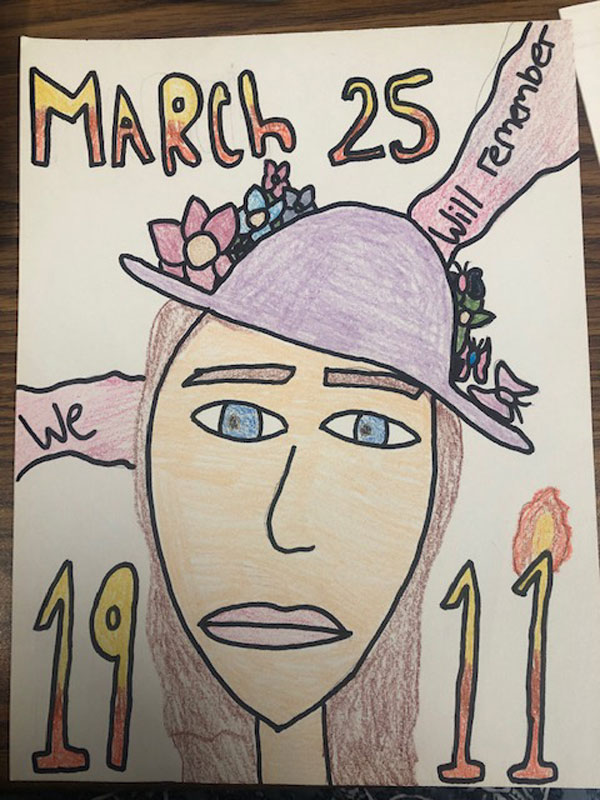