Aidan Heller is a well-rounded young man, who knows a little bit about everything. The Huntington High School senior has earned stellar grades and been a mainstay of the Blue Devil cross country and track program.

Mr. Heller can talk about anything. He is well versed in a long list of topics and he has a great sense of humor, too. Teachers, coaches, classmates and teammates all respect and admire him for his work ethic. 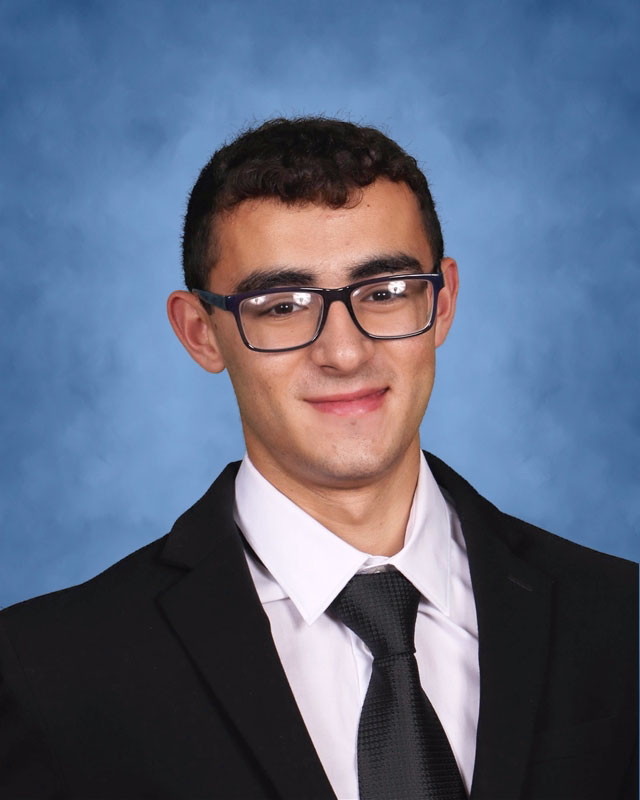 The Nassau Police Running Club presented a $500 scholarship to Mr. Heller in honor of fallen Nassau Police Officer Luis A. Palermo, Jr. who passed away in September 2017 from a 9/11 related illness. He was 49 years old.

Mr. Heller is headed to the University of South Carolina to study sports management and he also has some interest in pursuing a minor in kinesiology.

A 23-year Nassau Police veteran, Mr. Palermo raced to Ground Zero following the terrorist attacks on September 11, 2001 to assist with search and rescue efforts. Like so many others involved in similar work, he was diagnosed with cancer six years ago and passed away from acute lung disease. Prior to his death, the Nassau Police Department promoted him to its elite Bureau of Special Operations.

Mr. Heller cites his use of “every resource available” as a key to his success, including attending extra help sessions, seeking out teachers for assistance or even asking a friend. “These resources helped make the topics more interesting and easier to understand,” he said.

The teenager has garnered All-League, All-Division and All-County honors while running for the Blue Devils. Mr. Heller has gotten really good at running and Coach Ron Wilson said he is going to miss the senior.

A member of the National Honor Society as well as the Math and Latin honor societies, Mr. Heller studies just as hard as he trains for races.

The senior and Mr. Palermo would have surely hit it off as running partners. Mr. Heller ran every race to win over the past four years. He has been one of the best Blue Devil competitors.

Mr. Palermo and his wife, Deborah, sent all three of their children, Celine, Caitlyn and Caleb through the Huntington School District.

The Nassau Police Running Club hosts the Police Officer Memorial Run every year to honor its fallen officers. The proceeds from the run go to scholarships at a high school from where our fallen member has graduated or a high school that the family selects. The Palermo family has selected to have the scholarship in Police Officer Palermo’s name to be presented to a student from Huntington High School.