Huntington High School has been graduating seniors since 1862, but during that long stretch of time, there has never been an outdoor prom. Until last week.

Last year’s prom was cancelled due to the COVID-19 pandemic and this year’s prom was put together quickly after such gatherings were reauthorized by the state. Because of the public health crisis, an outdoor event was planned with three separate tents erected on the grass athletic field. 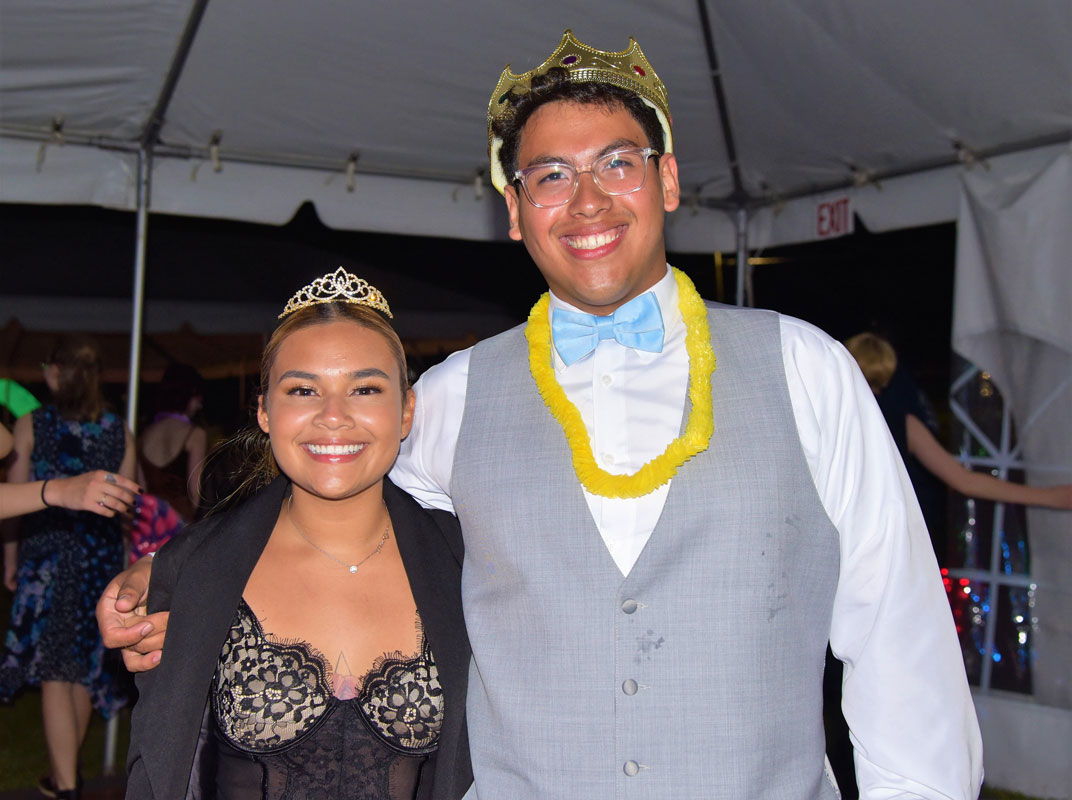 A large tent held 190 seniors spread across dozens of tables. A second tent was designated for a long list of hot food items, refreshments, salads and breads and desserts. The third tent housed the DJ and dance floor.

While it marked the first time that Huntington High School had ever held an outdoor prom, if the reactions from the seniors is any indication, it won’t be the last.

“I thought the prom was amazing,” said Sarah Giarraputo, who is headed to Syracuse University. “I think it’s what we should do every year instead of a venue. It was less money, easier to get there and everyone loved being outside!”

The prom was a seniors only event. Students enrolled in other grades and guests were not permitted to attend the affair. Prom-goers were invited to wear business suits, long or short dresses. Some came in formal attire. The men looked dashing and the ladies were absolutely stunning and gorgeous. The event featured an “enchanted forest” theme. Tickets were priced at $65 per person and sold in advance.

There were plenty of appetizers and a variety of entrée items along with breads, salads and assorted vegetables. Party goers expressed their pinion that the DJ was splendid.

“I thought it was great,” said Taylor Case, president of Huntington’s Class of 2021 who will be attending the University of Delaware. “We all worked extremely hard to have it run successfully; between the teachers and younger student government classes who volunteered their time, our class and advisors and, of course, the faculty at our school, we were able to put the event together. All the kids had so much fun and we felt it was the perfect way to end the school year!”

The three-hour affair ran from 7-10 p.m. Most of the students stayed to the end. They didn’t want to go home since they were having so much fun.

“I had a blast at prom,” said Ms. Campos, who was overwhelmed when it was announced she had been voted the prom queen. “It felt like things are finally getting back to normal and I think that’s why I cherished the moment even more. It felt good to finally have the chance to socialize with our grade and not be six feet apart screaming across the room (like we had to in class) because of the acrylic separation boards. It was so lovely seeing everyone dressed up too! I’m really thankful that Mr. [Brenden] Cusack and the administration were able to do what was possible for us to have this final experience at Huntington.”

Even Superintendent James W. Polansky stopped by late in the evening to say hello to everyone. The weather could not have been better. It was the perfect night.

“I think the prom was a lot more than anyone expected,” said Aidan Heller, who will be attending the University of South Carolina-Columbia. “And it was a great way to hang out with the majority of the grade one last time.”

The seniors looked absolutely stunning in their attire. Teacher chaperones took delight in posing with members of the Class of 2021.

“I thought prom was great,” Carlos Martinez said. “I had such a great time. It feels like things are finally getting back to normal and I think everyone else enjoyed it as well.”

It was a special night; an evening that is sure to produce many fond memories as the seniors move on with their lives. 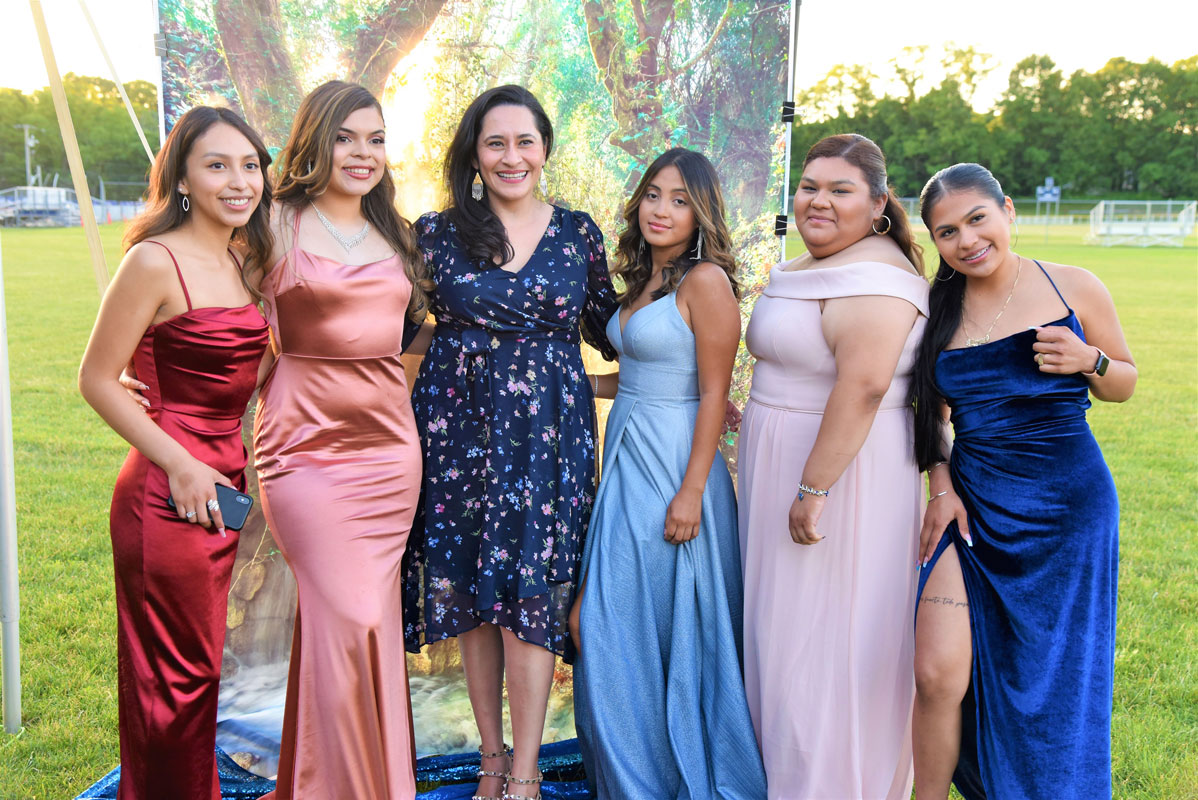 The Class of 2021 came in outfits that were spectacular. 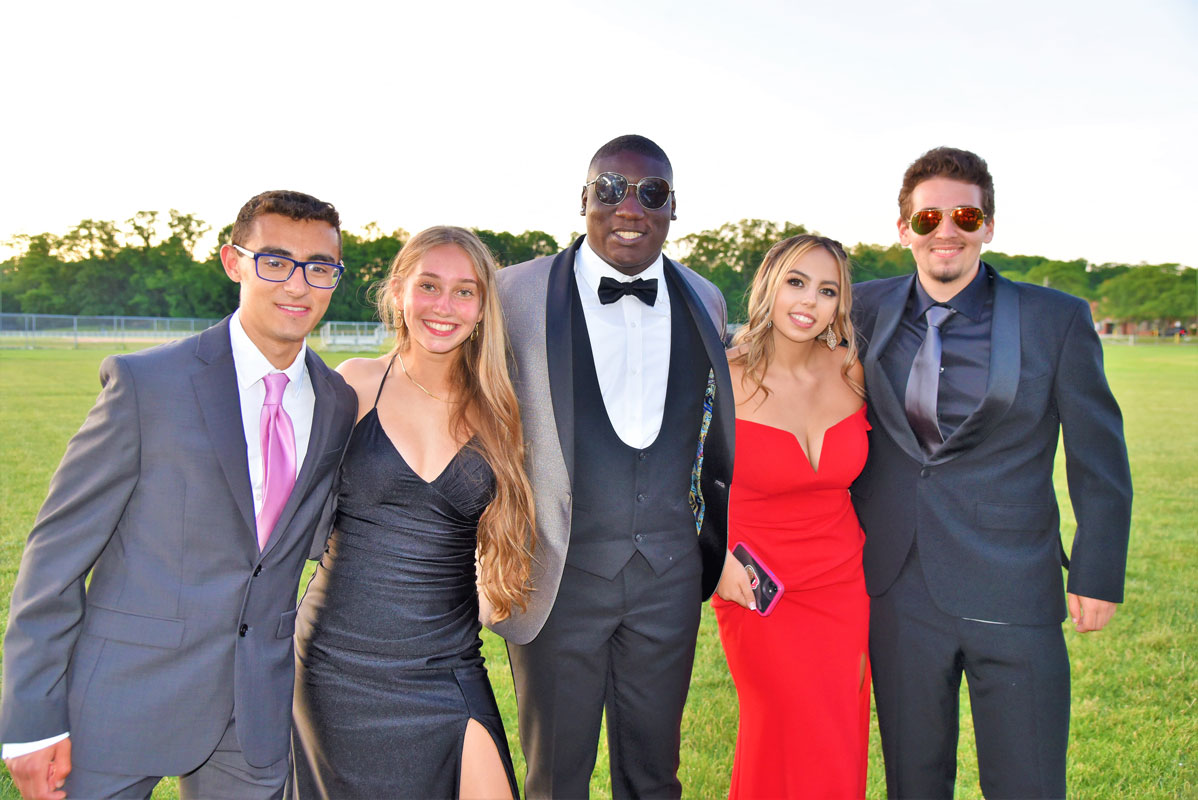 The Class of 2021 looked absolutely fabulous

The Class of 2021 came in outfits that were spectacular.