The members of Huntington High School’s Class of 2021 can ably testify that classmates Kate Sheran and Joseph Tropeano possess in abundant supply the qualities of kindness, compassion and consideration. The two teenagers encourage and support their friends and really anyone who reaches out and seeks their help. The duo is always available when someone needs them.

The two seniors are this year’s recipients of the American Legion Citizenship Award medals. The pair was recognized during an awards ceremony in the high school auditorium last week.

“Youth are often awarded for their scholastic achievements, but the American Legion believes they should also be praised when they demonstrate strong qualities of character and good citizenship,” states the organization’s website. “That’s why since 1926, the Legion has recognized such students with its school award medal program.”

The award is given annually to one female and one male in the senior class. Recipients must exemplify six qualities that define character: courage, honor, leadership, patriotism, scholarship and service.

“The local American Legion post involved with the school makes the final selection upon receiving recommendation from students and faculty,” according to the organization. Each recipient receives a certificate and a medal with the six qualities listed on the face of the medal. The back bears the Marine Corps motto, “Semper Fidelis” (always faithful).

Ms. Sheran is headed to Wesleyan University in the fall. She said the key to her success has been “maintaining a positive outlook” and making the most out of what she has been given. The teenager said she has learned “to take things as they come rather than stress over future obstacles.”

President of Huntington High School’s English Honor Society, an administrative assistant with the Key Club and an intern with social studies teacher Lauren Desiderio, Ms. Sheran has also been a member of the Huntington Highsteppers competitive dance team. She plans to study either psychology or neuroscience in college.

Mr. Tropeano will be attending the University of Massachusetts-Lowell. He is planning for a career in law enforcement and is interested in studying criminal justice in college. During high school he has participated in a variety of clubs, including A World of Difference, Grandfrinds and the stage crew. He has played on the Blue Devil football team since his freshman year and earlier played on Finley’s gridiron squad.

“The American Legion was chartered and incorporated by Congress in 1919 as a patriotic veterans organization devoted to mutual helpfulness, states the organization’s website. “It is the nation’s largest wartime veterans’ service organization, committed to mentoring youth and sponsorship of wholesome programs in our communities, advocating patriotism and honor, promoting strong national security, and continued devotion to our fellow service members and veterans.”

The American Legion counts 2.2 million members in 13,000 separate posts in all 50 states and many countries around the world. 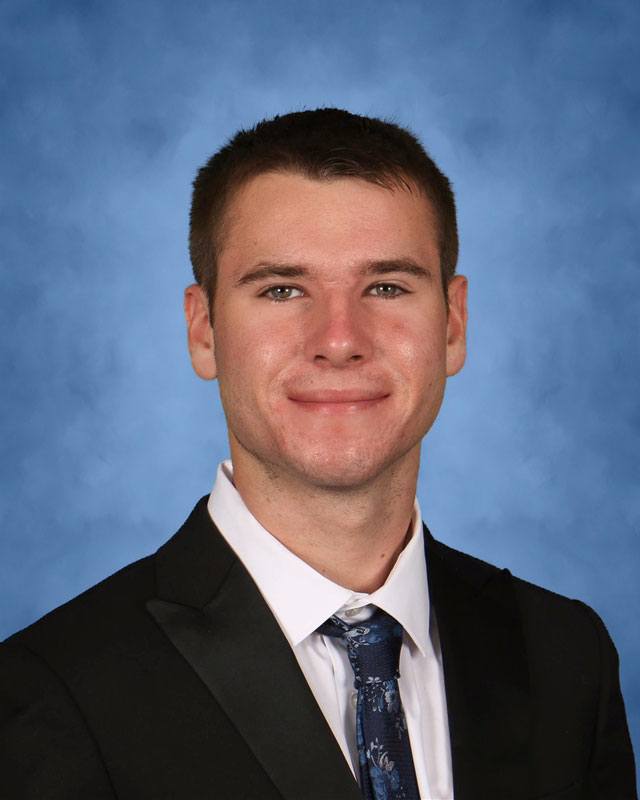