Hassett and Rongo held down the No. 1 and No. 2 singles positions, respectively and both players reached the Suffolk Division I tournament. Eighth graders Ryan Scanlon and Nicholas Plachta went 10-0 in doubles play.

“Sean Hassett took on the toughest position and improved throughout the season by developing better strategies and shot-making,” Fishlow said. He’s a great teammate and leader and I am looking forward to a great senior year from him.”

Bailin was sharp on the court, too. “Josh is a very smart player who developed his ability to compete at a higher level,” Fishlow said. “He’s very coachable.”

Scanlon and Plachta came out of nowhere to dominate in doubles. “They were a great surprise,” Fishlow said. “They made varsity and improved every day. They moved up to No. 1 doubles by the end of the season. They have good skills and are highly competitive. They have a good future.”

After losing 6-1 to first place Hauppauge, the Blue Devils “showed great progress,” Fishlow said. “With a slight lineup change and team focus, we lost a close 4-3 match the second time we faced Hauppauge. Four matches went to third sets. The meet brought the team together and it bodes well for the future.”

Fishlow was happy with the team. “It was a nice group of boys who showed enthusiasm and a good work ethic,” he said. “It was a team that never missed practice and showed growth throughout the season. I feel that they became a strong, supportive unit and always put the team first.”

Huntington is graduating four seniors, including Bailin, Chin, Lefebvre and Rongo. “I anticipate a good season next spring while adding some players from the junior varsity,” Fishlow said. “I’m looking forward to the new power ranking division where we will probably be seeded in the middle.” 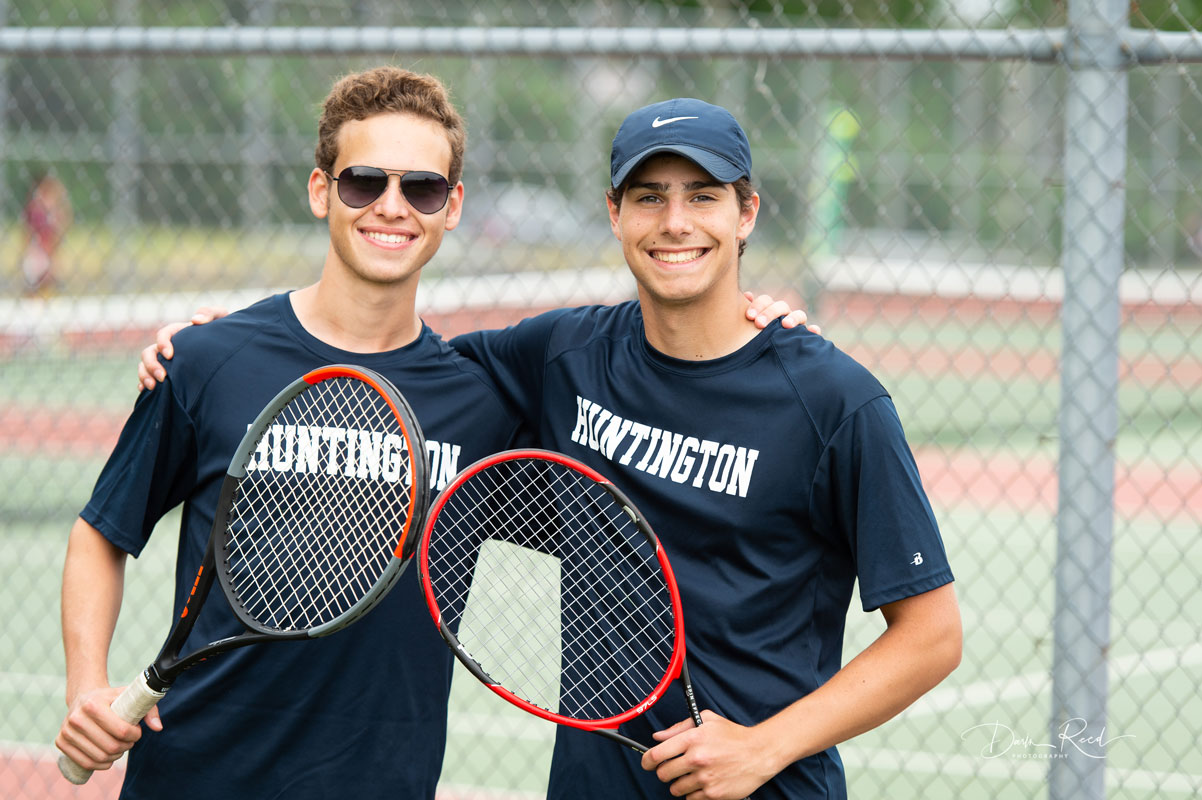 The Blue Devils put their individual egos aside for the benefit of the team. (Darin Reed photo.) 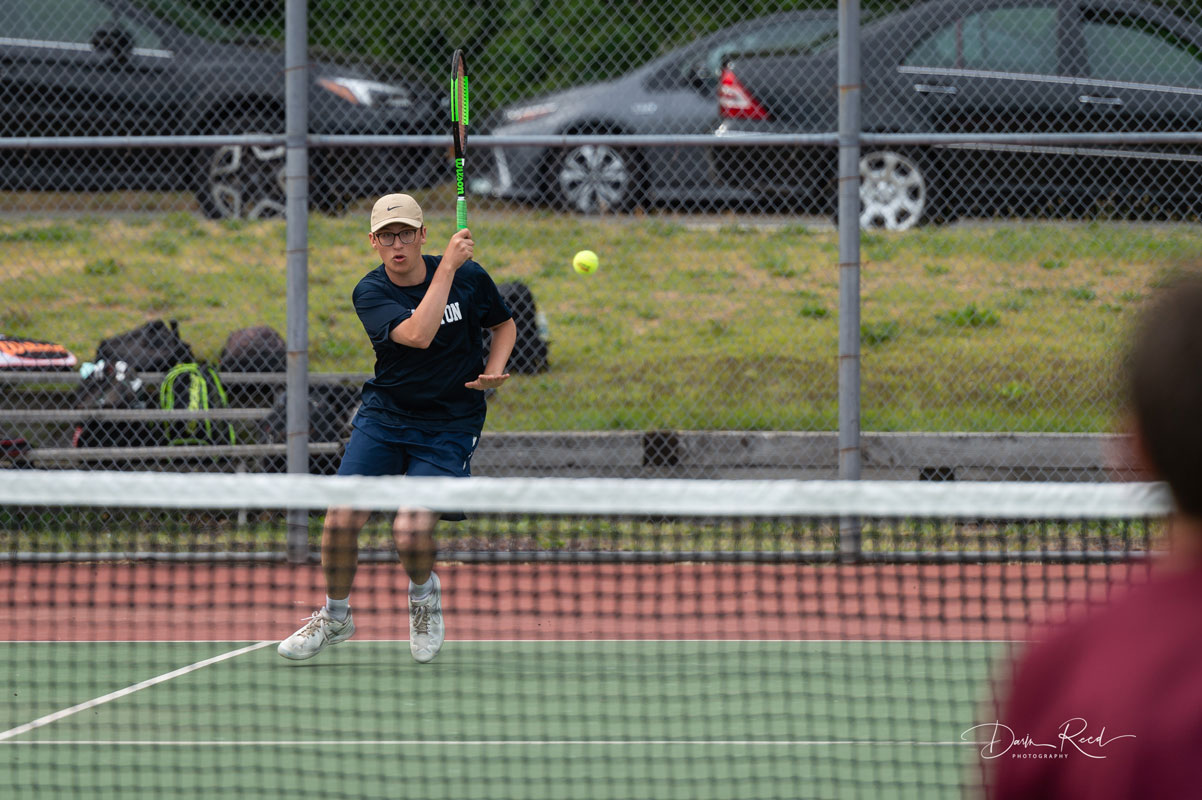 Aaron Chin warms up prior to a match. 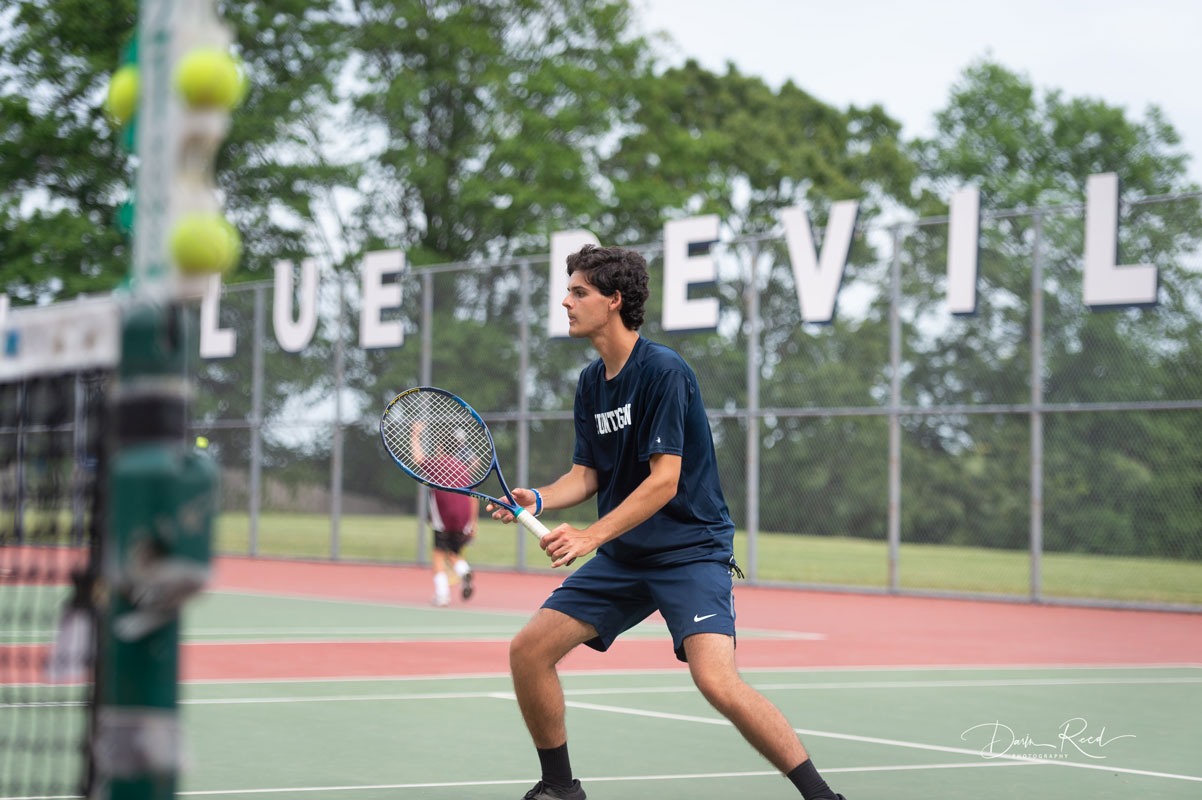 The Blue Devils put their individual egos aside for the benefit of the team. (Darin Reed photo.)

Aaron Chin warms up prior to a match.