They did it; the Huntington High School baseball team did it. The Blue Devils have ended a 56 year drought and won the league championship for the first time since 1965, topping visiting Lindenhurst, 8-5 before the largest home crowd in decades and perhaps ever.

It was a great day in Huntington. Superintendent Jim Polansky threw out the first pitch and the Blue Devils took it from there, doing what they do best. Many of the players have been dreaming of this day since they first suited up for Huntington as seventh graders. Their hopes were dashed last spring when the COVID-19 crisis led to the season being cancelled after one week. But they simply wouldn’t be denied. 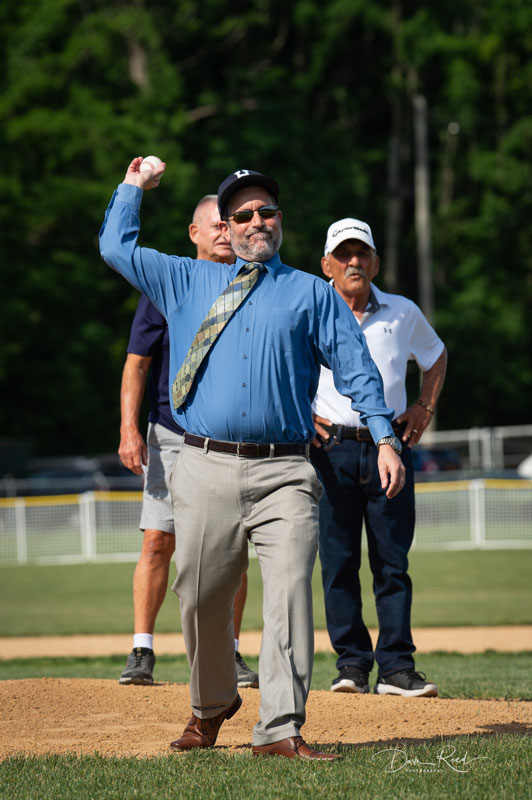 Hitting a round ball with round bat squarely has been called the toughest thing to do in sports, but these Huntington players have made it look easy. They etched their names in granite and will forever be associated with a history making season that’s been a long time coming.

Left handed starting pitcher Palmer O’Beirne didn’t have his best stuff, but he was still good enough to get the job done. The junior gave the Blue Devils five innings, striking out four and walking three while scattering nine hits. Alex Bellissimo came on to record the final six outs to gain the save.

The game was classic Huntington 2021, with a big inning delivering what turned out to be a knockout blow. The Blue Devils took a 1-0 lead in the bottom of the first inning before Lindenhurst tied the score in the top of the second. Captain Chris Segreti singled on a 1-0 count in the bottom half of the inning to score a run and put Huntington back on top.

Lindenhurst rallied again in the top of the third to tie the score at 3-3. Huntington finally started displaying more patience at the plate. With two outs and the bases loaded, Alex Gonzalez drew a walk on a 3-2 count to force in the go-ahead run in the bottom of the third. Segreti then blasted a bases clearing double on a 3-2 count to give the Blue Devils a 7-3 lead. Dylan Schnitzer followed with another long double on a 1-2 count to score Segreti and put Huntington up 8-3.

The Bulldogs scored runs in the sixth and seventh innings to draw closer, but Bellissimo closed it out for Huntington. It was the Blue Devils’ tenth consecutive victory and 15th in 18 games this season.

Segreti, who improved his batting average to .472 went 3-for-4 with three runs batted in and three runs scored. Schnitzer banged out three hits and drove in a pair of runs. Zach Gordon, Aidan Bender and Bellissimo also had hits in the game.

Jaden Italiano walked twice, got hit by a pitch and stole four bases. Schnitzer and Segreti swiped two bags each. Alex Gonzalez walked, scored a run and drove in a run. Kyle Colleluori drove in a run and handled several tough chances flawlessly in centerfield.

Huntington High School alums from the Blue Devils’ 1965 league championship team, which advanced to the county finals before dropping a 3-2 decision to Commack, were also on hand for the game and stood behind Mr. Polansky while he threw the first pitch. The later chatted each other up in the bleachers and stayed until the final out.

The crowd of about 325 included Principal Brenden Cusack and retired Huntington baseball coach Harry Waller along with a who’s who of current and former students and players, coaches of other Blue Devil teams, teachers, parents and family members.

For a long time, Huntington baseball games were sleepy affairs with small crowds. Not so this spring as the school and community has rallied around the Blue Devils, who have thrived in the spotlight.

Some opponents were counting on Huntington eventually falling apart, but not these players; not this team. At 15-3, these Blue Devils aren’t done just yet. 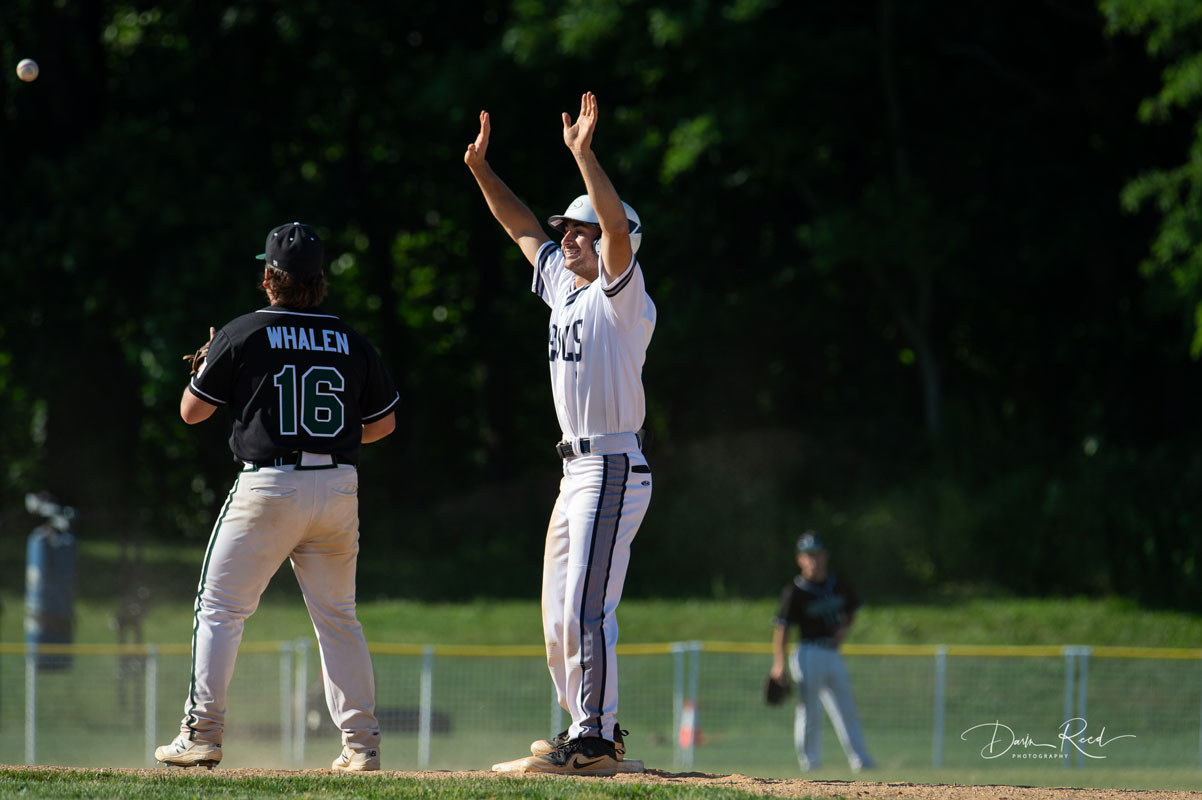 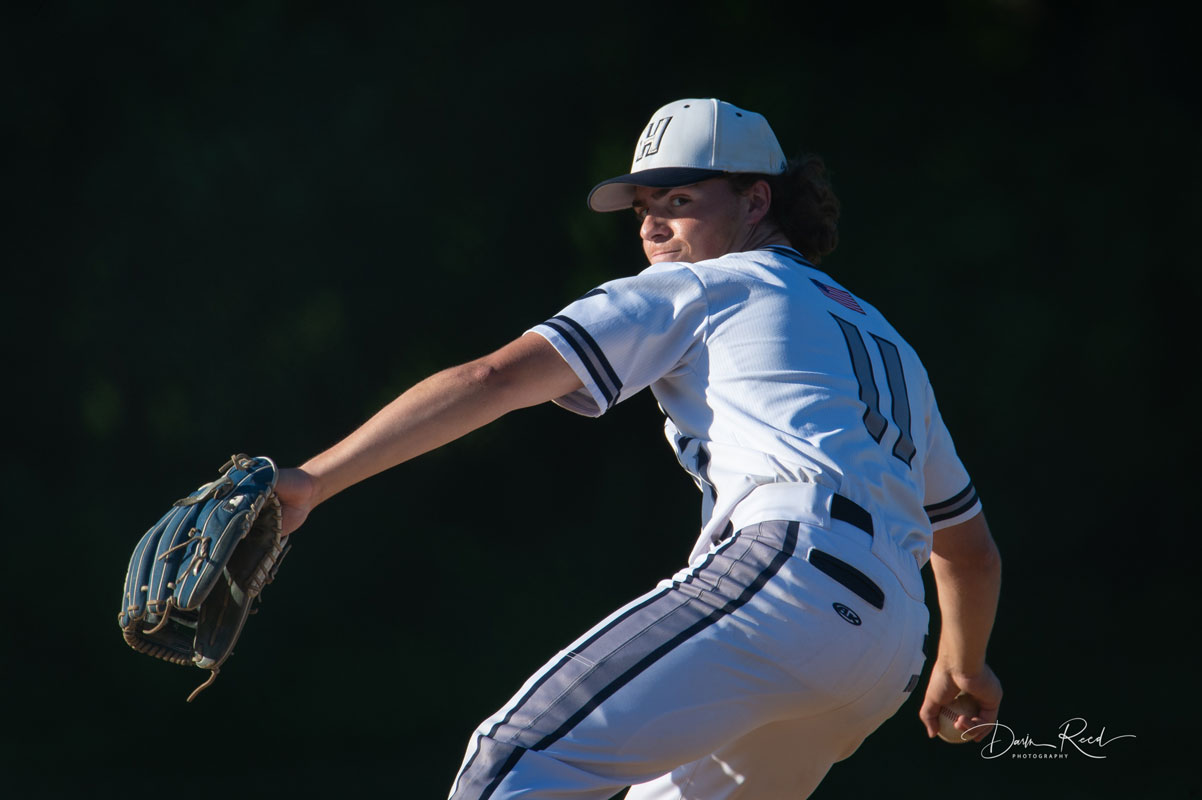 Senior Alex Bellissimo came on it relief to get the final six outs. (Darin Reed photo.) 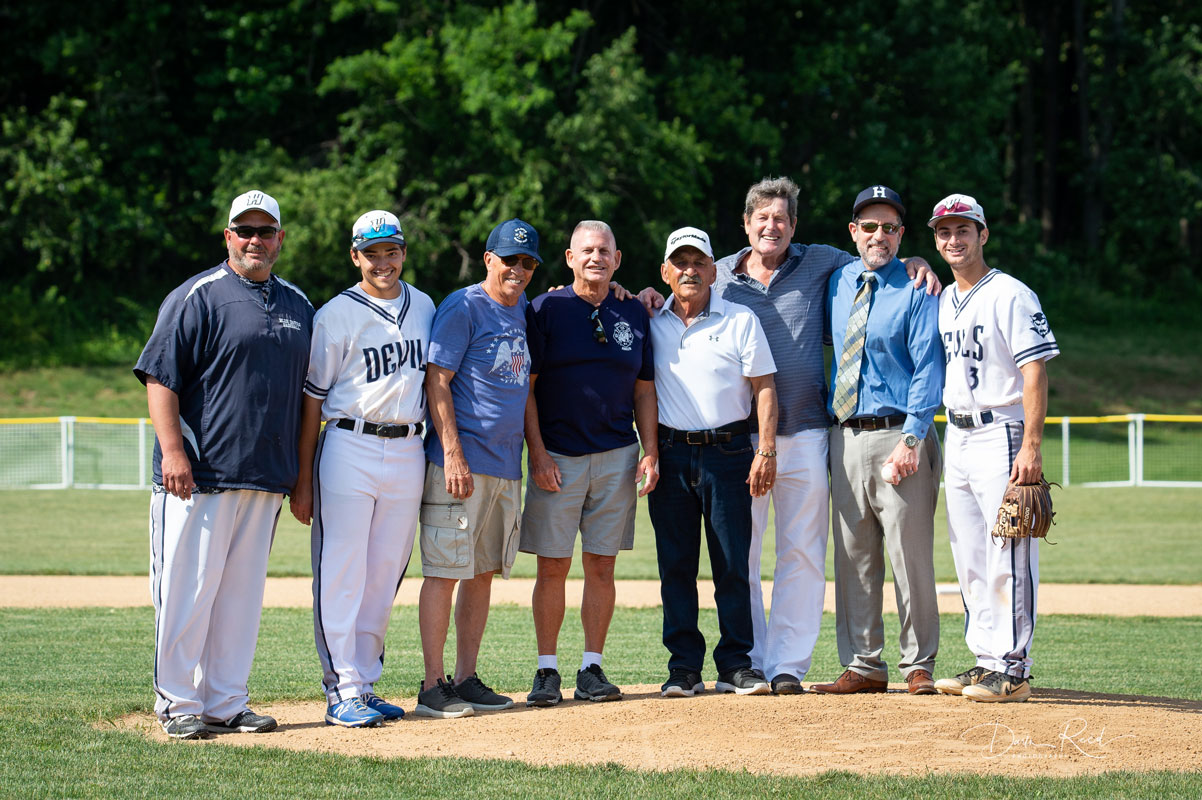 Current and former coaches, 1965 team members, 2021 captains and Supt. Jim Polansky on the mound before the game. (Darin Reed photo.) 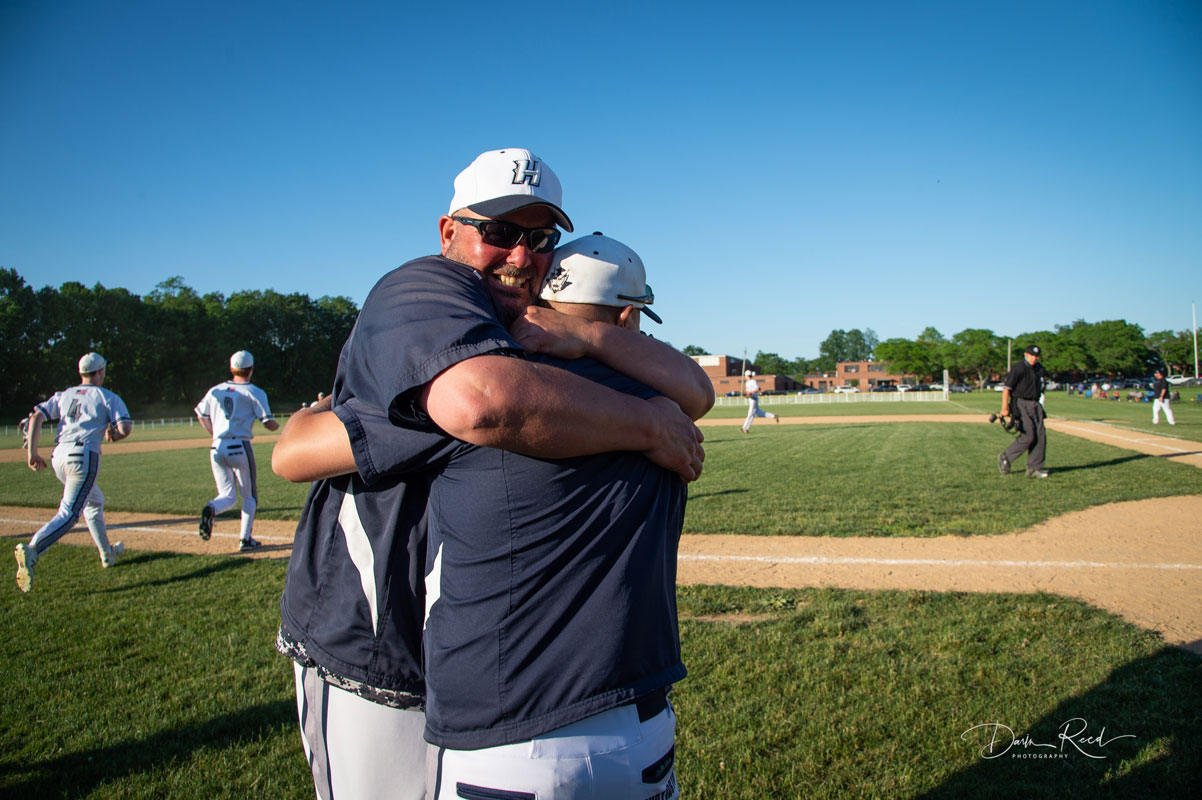 Senior Alex Bellissimo came on it relief to get the final six outs. (Darin Reed photo.)

Current and former coaches, 1965 team members, 2021 captains and Supt. Jim Polansky on the mound before the game. (Darin Reed photo.)