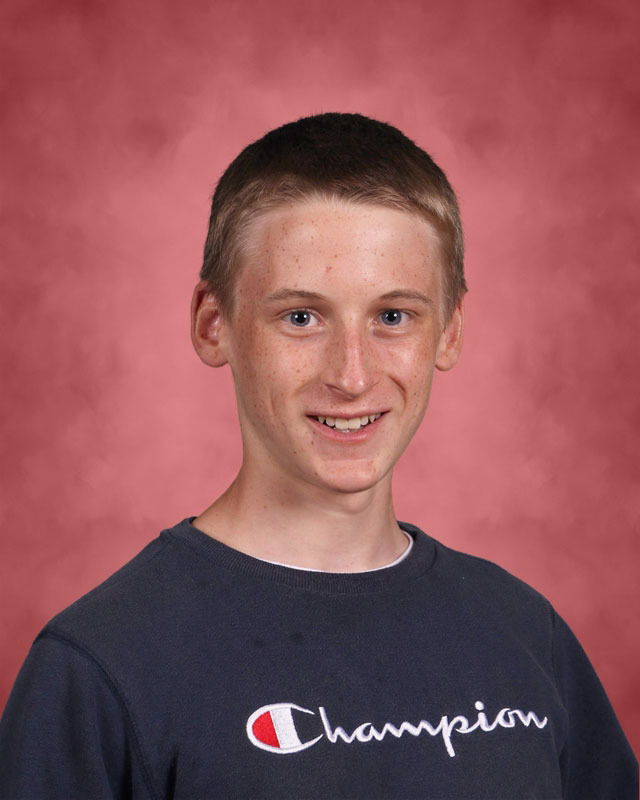 Tim Kusterbeck went 6-1 in the No. 1 position for the JV tennis team.

“Out of the 49 sets we played, we went 46-3,” Gilmor said. “Because we were short players at some of the matches, we had to forfeit those matches to the other team. Our kids were exceptional.”

Tim Kusterbeck went 6-1 in the No. 1 position with Logan Toth compiling a 5-2 mark as No. 2. Tyler Godin was perfect at 8-0, “remaining consistent and unstoppable against each of his opponents,” Gilmor said.

Ben Edgar McNerney, Jake Amend, Lars Galvin, Evan Spagnoletti and Andrew Sullivan “were interchangeable throughout the season,” Gilmor said. “Eli Soric was the addition we needed because we no longer needed to forfeit matches because he was our tenth player. He also worked so hard at every practice he attended.”

Eighth grader Ronnie Carrillo was another standout. “He came up to the JV and competed at such an amazing level,” Gilmor said.

The group played to win every time Huntington stepped on the court. “These boys will do great things in the future,” Gilmor said.

Looking ahead to next spring, Huntington boys’ tennis is looking to climb the ladder of success in Suffolk.

“I’m very hopeful that each of my players will return next year and in turn invite more boys to play with us,” Gilmor said.