In the midst of the program’s best season in decades, the Huntington baseball team celebrated Senior Day, recognizing a group of players who have brought back the magic and excitement to the Blue Devil diamond.

Huntington head coach Billy Harris, assistant coach Rob Cappas, underclassmen players and parents, family members and high school classmates all joined together on Monday afternoon to honor an incredible set of teenagers who have given their heart and soul to the Blue Devil program, bringing it back from ashes to being one of the top squads in Suffolk.

“Being a part of the Huntington varsity baseball team has been a highlight of my high school career,” Segreti said. “Wearing a Blue Devil baseball uniform means a ton to me and I love being able to represent our school wherever people see us play. That being said, it is going to be difficult to hang this jersey up when the season ends. Our senior season has been a ton of fun and a very successful one. I enjoyed every second of it.”

The seniors and their teammates have brought excitement back to the program, which has been flying high this spring. Fans are turning out in record numbers to both home and away games as the Blue Devil win total has risen.

“I’ve enjoyed playing in the Blue Devil uniform all these years,” Gonzalez said. “It’s been a great time playing with these guys for the past six years and I hope we can hang another banner for Huntington baseball.”

The seniors go about their business in an almost professional manner. They love to practice and work on the various aspects of their game, whether it be batting, fielding, baserunning or pitching.

“I am proud to have been a part of this team that has grown into a close family,” Bellissimo said. “We have great chemistry that started years ago and I’m going to miss every moment we’ve had. These are memories I will never forget.”

The players have formed a team in the purest sense of the word. They are all irreplaceable. The Blue Devils just aren’t the Blue Devils without each one of them.

“Wearing the blue and white the past four years has meant everything to me,” Harrington said. “From going 2-18 my freshman year on varsity to being one of the best teams on Long Island my senior year, it goes to show how special this team is and how special it has been for me growing up with my guys.”

Some of the players are second generation with the Blue Devil baseball program. The teenagers are having so much fun, which has certainly been enhanced by all the winning Huntington has been doing.

“I heard nothing but great stories from my dad about Huntington baseball,” Gerardi said. “I feel honored to carry on the Gerardi name and wear the same uniform my dad did in the 1990s. Being a senior with this group of friends is something I will never ever forget. Blue Devils forever and now my brother, Matthew will carry it on after me.”

The seniors have played and worked out together year round and it’s helped them bond in a very special way that none of them will ever forget.

“Being a part of this family since freshman year has been one of the greatest experiences of my life and I feel so lucky to have had such a great time,” Colleluori said. “It’s sad it has to end, but hopefully we can end it with some big wins.”

Harris spoke about each of the seniors on Monday, getting choked up more than a few times. The coach and his players are very close to each other and it will be almost impossible for any of them to say goodbye.

“It has meant a lot to me representing my school with Blue Devils on my chest for all these years with the group of guys we have,” Italiano said. “I couldn’t have asked for a better team to share the Huntington uniform with. As I’m sure many have heard, this group is different from many of the others. This group has a bond that goes back to middle school where we learned what it meant to wear the Finley baseball uniform. This group is filled with determined and disciplined hard workers that come to the field ready to play and represent Blue Devil baseball every day. I believe these exact reasons are key components to our success thus far, making it pretty tough to ask for a better team to represent Blue Devil baseball.”

It's impossible to overstate what this team has meant to each of the seniors. The love, support and encouragement they give to each other has a lot to do with Huntington’s on-field success.

“Wearing a Blue Devil baseball uniform has meant so much to me,” Gordon said. “I’ve met some of my best friends and made so many memories. Being a part of the best teams in Huntington history makes it even more special. I’ll never forget  my amazing coaches and teammates.”

The parents of the seniors are going to miss Blue Devil baseball as much as their sons, maybe even more so. The seniors all hope to stay close to each other as they move forward with their lives. One thing is certain; none of them will ever lose the pride they have felt putting on a Huntington uniform.

“It’s meant a lot to me to wear a Huntington baseball jersey over the last six years,” Bender said. “I joined the baseball program in seventh grade not knowing a single kid and I’ll be leaving with kids I’ll call my brothers for the rest of my life. Going out on that field with Huntington across my chest has been an absolute honor and I wouldn’t trade it for the world. I wouldn’t want to represent any other town every day.” 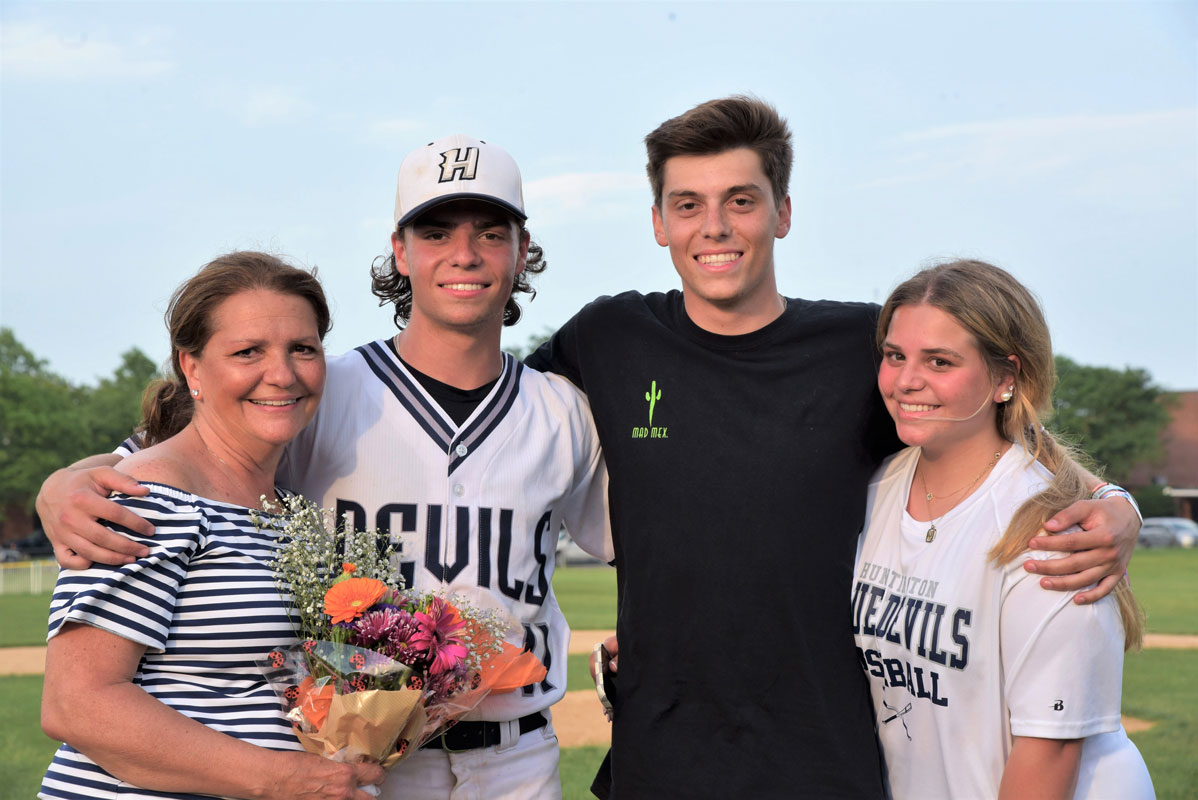 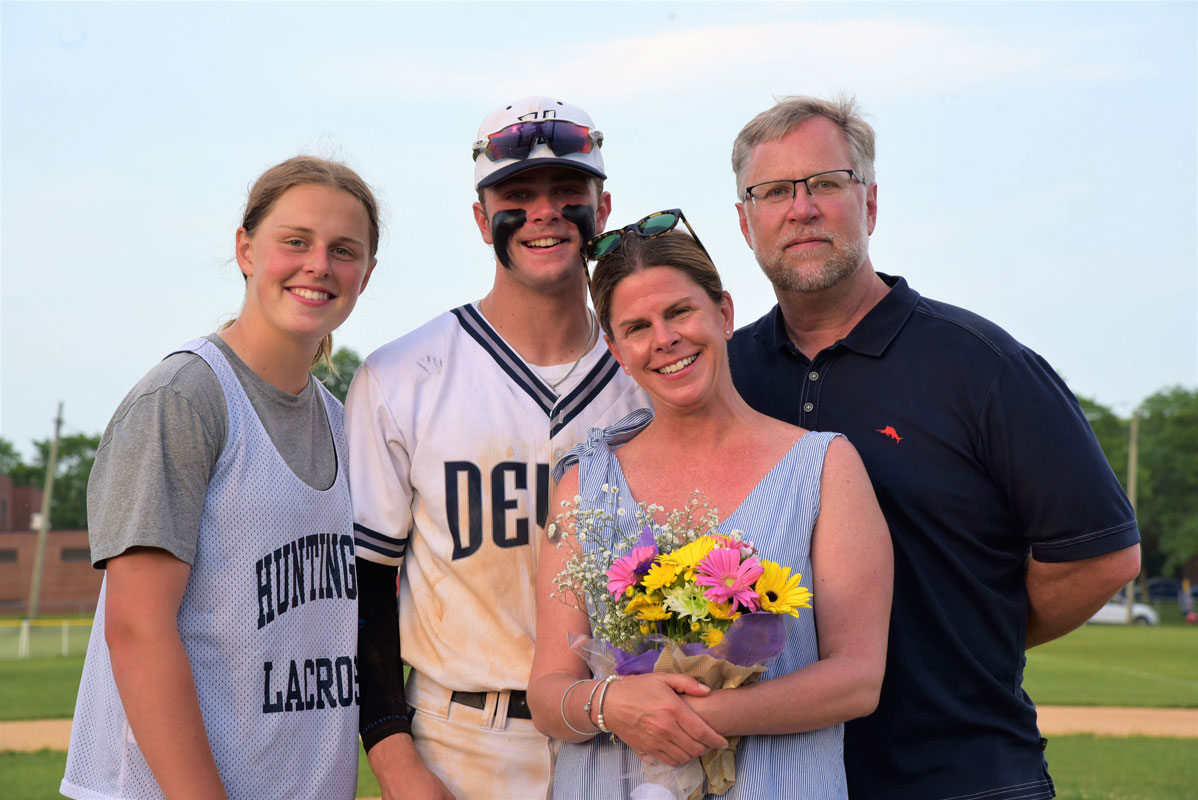 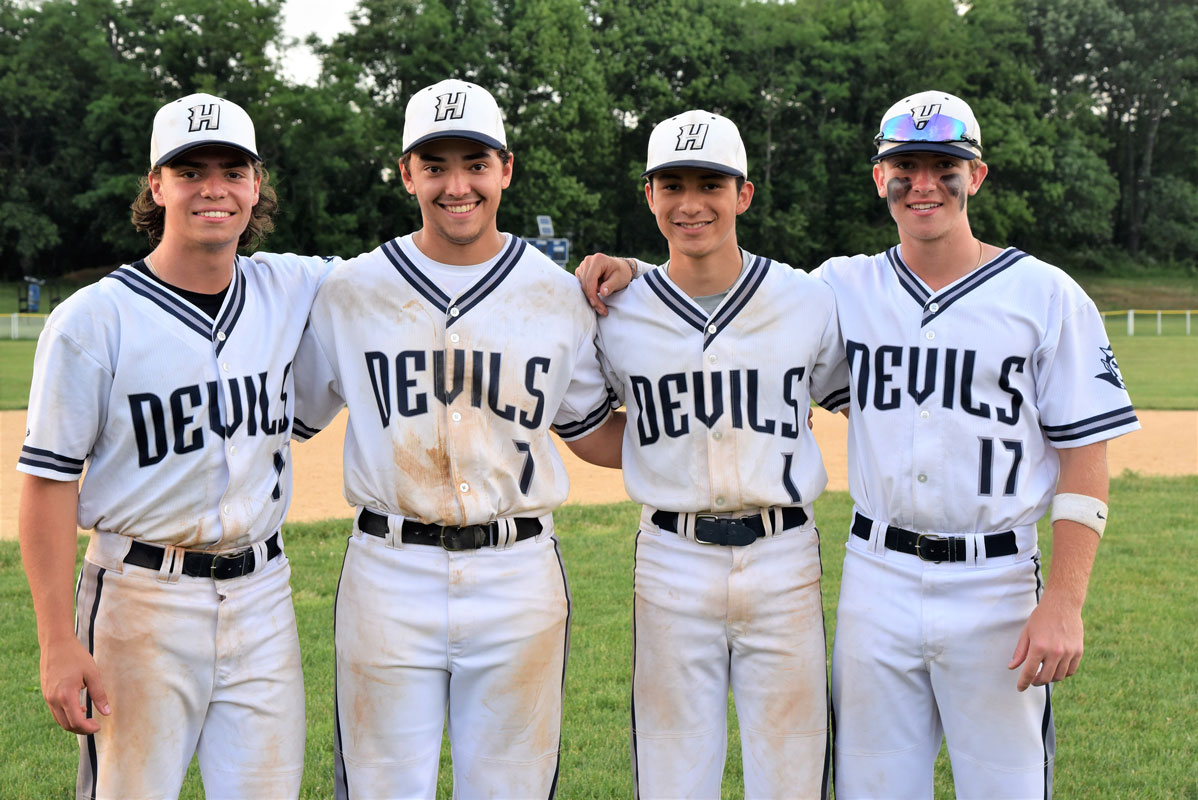