As the Blue Devil captains, the three seniors set high standards for their teammates, choosing to lead by example in every aspect of the sport from working hard in practice and competing with grit and determination to conducting themselves with respect and grace around the school, in the community and on the mat.

All three seniors were presented with MVP trophies at the awards ceremony in recognition of the key roles they have played on the team, their commitment to excellence and their splendid performances.

Mr. Petrone plans to attend Nassau Community College and intends to wrestle there. Mr. Nicotra is headed to Penn State University. Mr. Tudisco will be attending Fordham University where he hopes to study entrepreneurship. Messrs. Nicotra and Tudisco were also teammates on the Blue Devil football team.

All three wrestlers were among the best in the county and state. They have been mainstays of the Blue Devil program and will be very hard to replace.

Mr. Petrone never missed a day of practice. He came into the room to work. The teenager drilled his moves with a sense of purpose and a commitment to perfection. When he took the mat his expectation was always that he would walk off a winner. It was confidence gained by knowing that he had paid the price in the practice room.

Messrs. Nictora and Tudisco have also been exceptional competitors and leaders. Both were extremely popular with their teammates and each of them wore their Huntington uniforms with pride. They both grinded out victories in tough matches and helped lift up the Blue Devil program.

Mr. Nicotra plans to study marketing at Penn State. He has been active with Huntington’s Interact Club, Natural Helpers and the yearbook club. Mr. Tudisco was also chosen by his classmates to serve as a Natural Helper, assisting fellow students as they worked through difficult and upsetting situations. They both excelled in the high school’s Virtual Enterprise business class.

“We are going to miss all three of them very, very much,” Huntington head coach Travis Smith said. “Joe Petrone has worked incredibly hard and been one of Suffolk’s toughest wrestlers. His record speaks for itself. He leaves behind very big shoes to fill. We have been fortunate to have him in our practice room and lineup all these years. Joe Nicotra and Nick Tudisco are class acts and they are both great wrestlers. We counted on them to win and they did. They have both been great to work with. We love these guys and while we are excited for them to move on to new chapters in their lives, we are sorry to see them go for our own selfish reasons.” 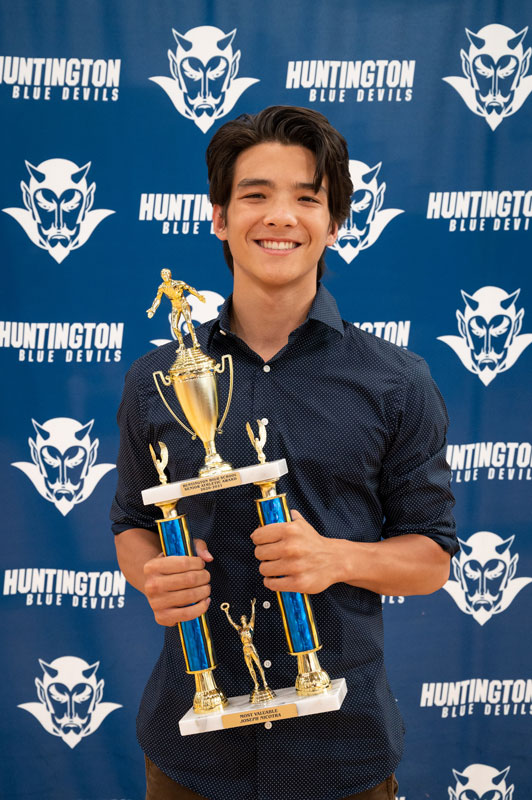 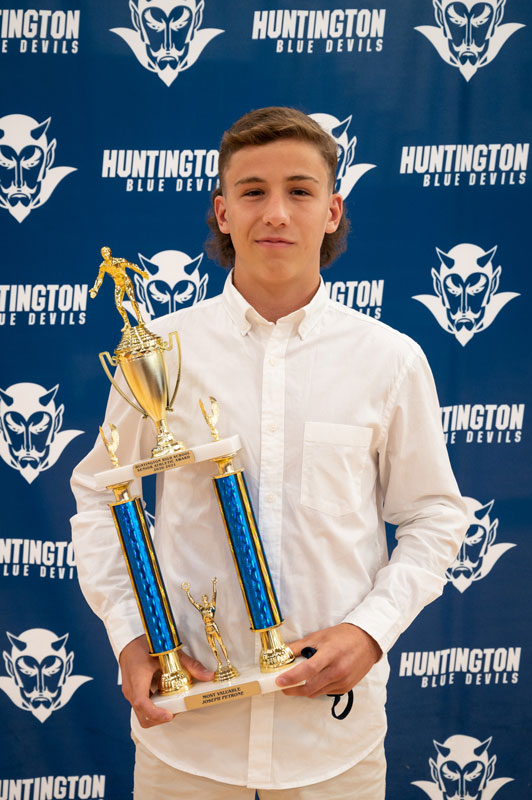 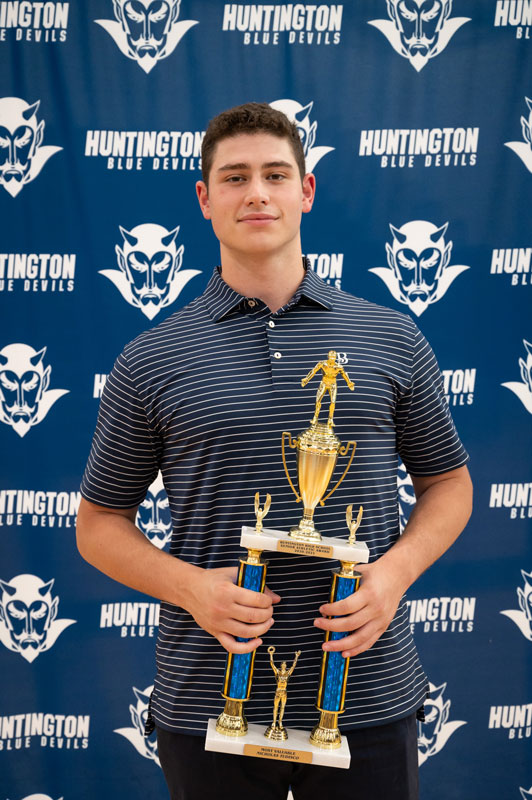