Jordan Forte thrilled her Blue Devil teammates, coaches and fans for many years in soccer, basketball and lacrosse with her heroics and incredible play. The Huntington Fire Department recognized the Huntington High School Class of 2021 member with its Frank Carino Award for Athletics, presented annually to the top athlete in the senior class.

Ex-Chief Neil Getter made the formal presentation, which included a $500 stipend during Huntington’s senior scholarships awards ceremony in the high school auditorium. 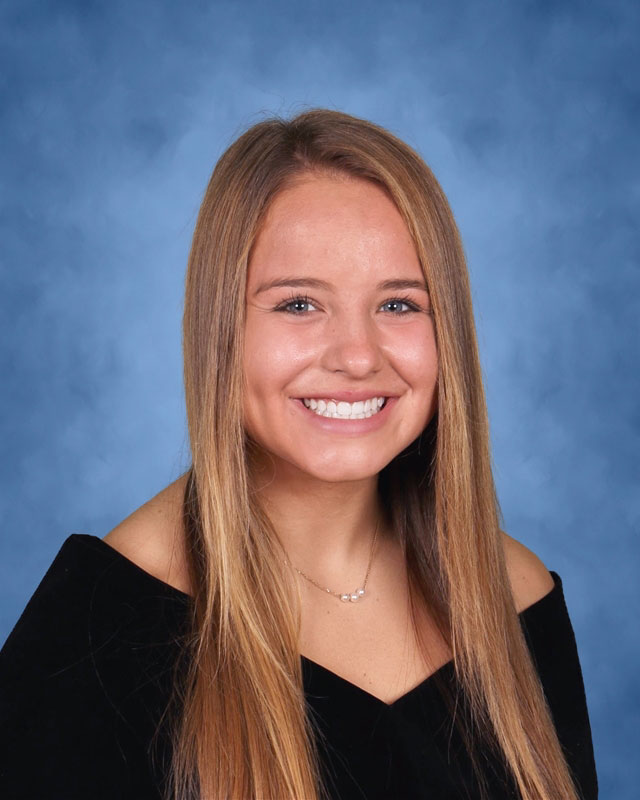 Ms. Forte is headed to Stony Brook University where she has been recruited to play on its highly regarded NCAA Division I lacrosse team.

Generally regarded as the “can-do kid” around Huntington High School as someone who is able to accomplish anything she sets out to do, Ms. Forte garnered honors in all three sports she played, including honorable mention All-American in lacrosse.

The teenager said her success can be attributed to “hard work and taking pride in every test and assignment submitted.” Ms. Forte’s pleasant personality made her a teacher favorite and she was equally adored by her classmates and teammates.

A member of five different academic honor societies, Ms. Forte was honored as a Distinguished Senior after compiling a grade average of 90 or better during the first seven semesters of high school.

Ms. Forte began playing on the varsity level with the Blue Devils as an eighth grader. She has been a standout ever since. She helped lead Huntington’s soccer, basketball and lacrosse teams into the playoffs this year, playing a key role on each squad.

“Jordan has been an exceptional competitor and teammate and she is leaving behind very big shoes to fill,” Blue Devil girls’ basketball head coach Michael Kaplan said. “It was so much fun to work with her and watch her grow into a really wonderful athlete and young woman. She has been such a great ambassador for Huntington High School and is the best of the best.” 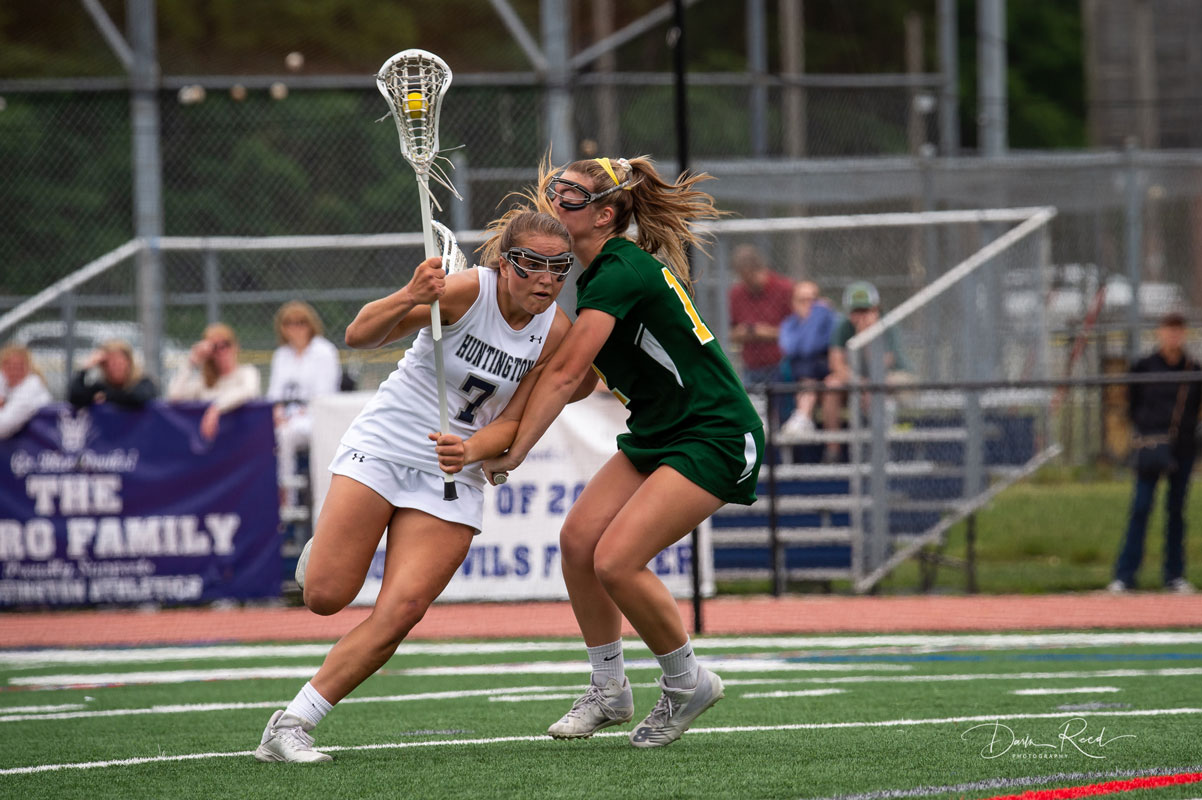 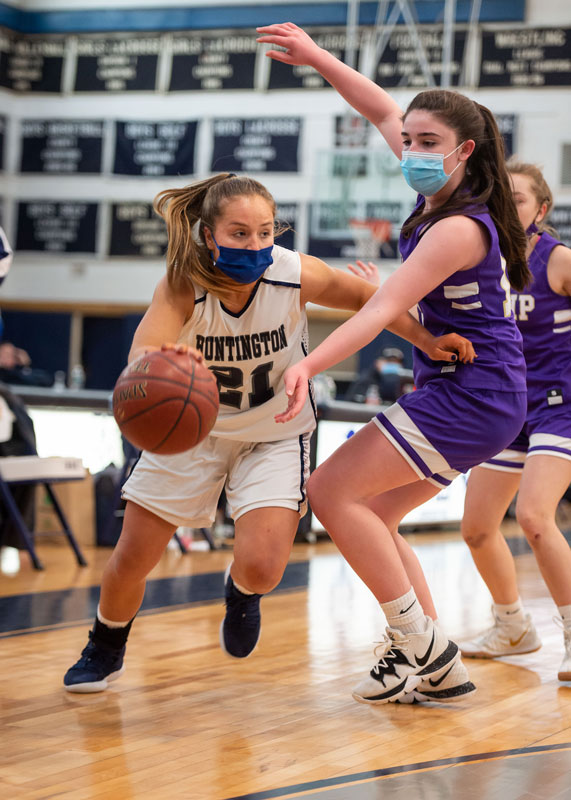 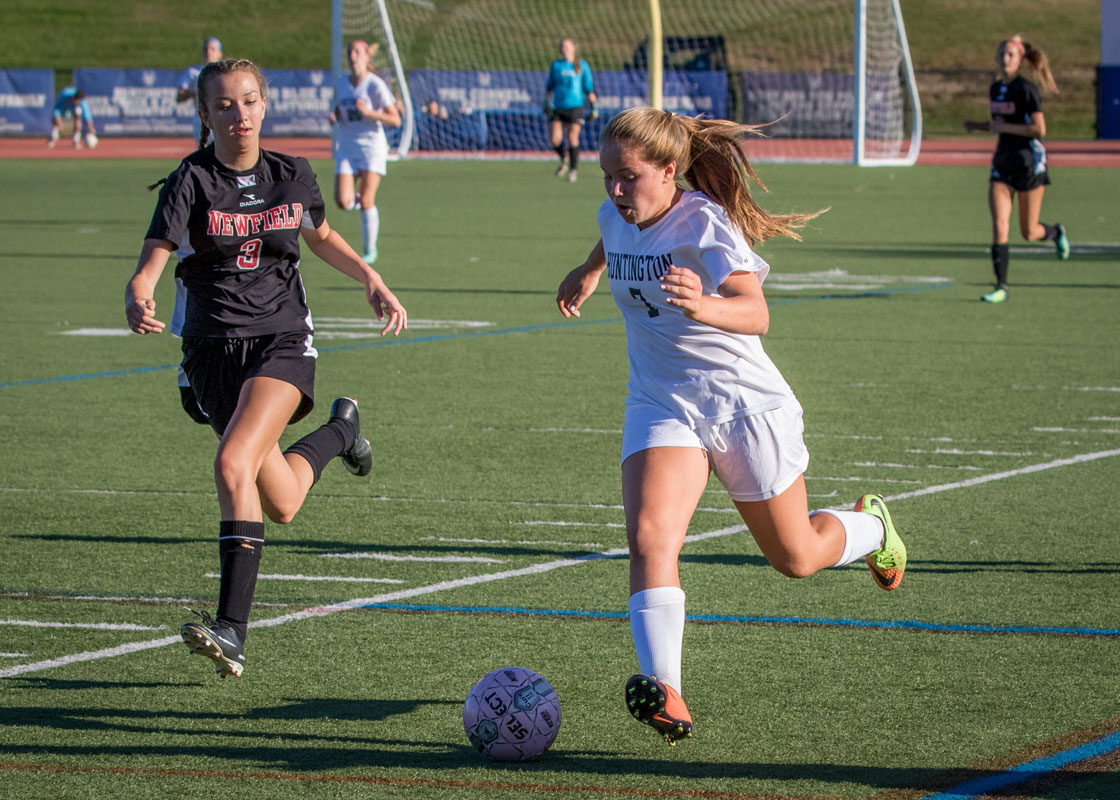 Jordan Forte races down the field for the Blue Devils. (Mike Connell photo.)

Jordan Forte races down the field for the Blue Devils. (Mike Connell photo.)