The Huntington Booster Club has awarded $4,000 in scholarships to four exceptional members of the high school’s Class of 2021.

The Huntington Booster Club has donated more than $1 million to the district over the past decade to benefit Blue Devil athletes in grades 7-12. The organization has been indispensable to the coaches and individual sport programs.

Mr. Joseph is headed to junior college national power Butler Community College in El Dorado, Kansas. He hopes to do well there and move on an NCAA Division I track and field program. The teenager won county and state titles at Huntington along with All-American honors.

Founded in 1927, Butler enrolls 13,000 students annually. Mr. Joseph is sensational in the dashes, relays and jumps. “Anthony has been a wonderful competitor for Huntington and is known throughout the county and state for his sense of sportsmanship, which he demonstrates toward every opponent.”

An Advanced Placement Scholar with Honor, Mr. McKenzie has been a mainstay in the Blue Devil cross country and track and field programs. He plans to study biological science at Stony Brook University. The teenager said the key to his success has been the people he surrounds himself with. He said his social circle is comprised of “intelligent people who always push and challenge each other to strive for greater goals.”

Looking back over the past four years, Mr. McKenzie said the friends he’s made and the wisdom he has gained from his teachers and coaches are among the things that will leave the greatest impact on him and he moves on to college.

Ms. Amorison has been recruited to play lacrosse at Molloy College where she intends to study for a career in nursing. She said her success is attributable to “hard work, determination and getting a head start on all assignments.” The teenager likes to give herself periodic “mental breaks” to avoid burning out.

A major contributor on Huntington’s soccer, basketball and lacrosse teams, Ms. Amorison was inducted into six different academic honor societies. She is especially proud of volunteering more than 50 hours at Huntington High School.

An Advanced Placement Scholar, Ms. DiBenedetto plans to study biomedical engineering at Binghamton University. She said that dreaming about attending a top college since she was a young girl has kept her motivated over the years. That motivation has been the key to her success.

President of Huntington High School’s Interact Club, vice president of the Italian Honor Society and tutoring coordinator of the National Honor Society, Ms. DiBendetto has been one of the Blue Devil field hockey team’s top players for many years. She interned with science research teacher Lori Kenny.

Visit www.huntingtonboosterclub.com for more information about the organization. 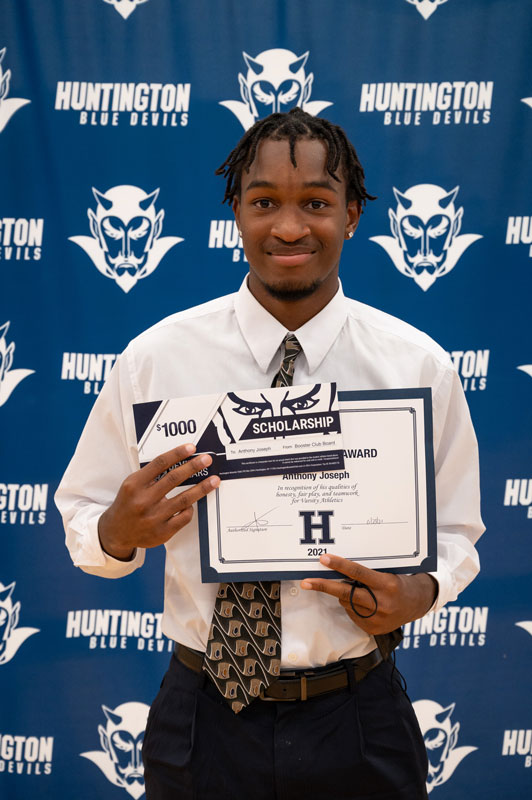 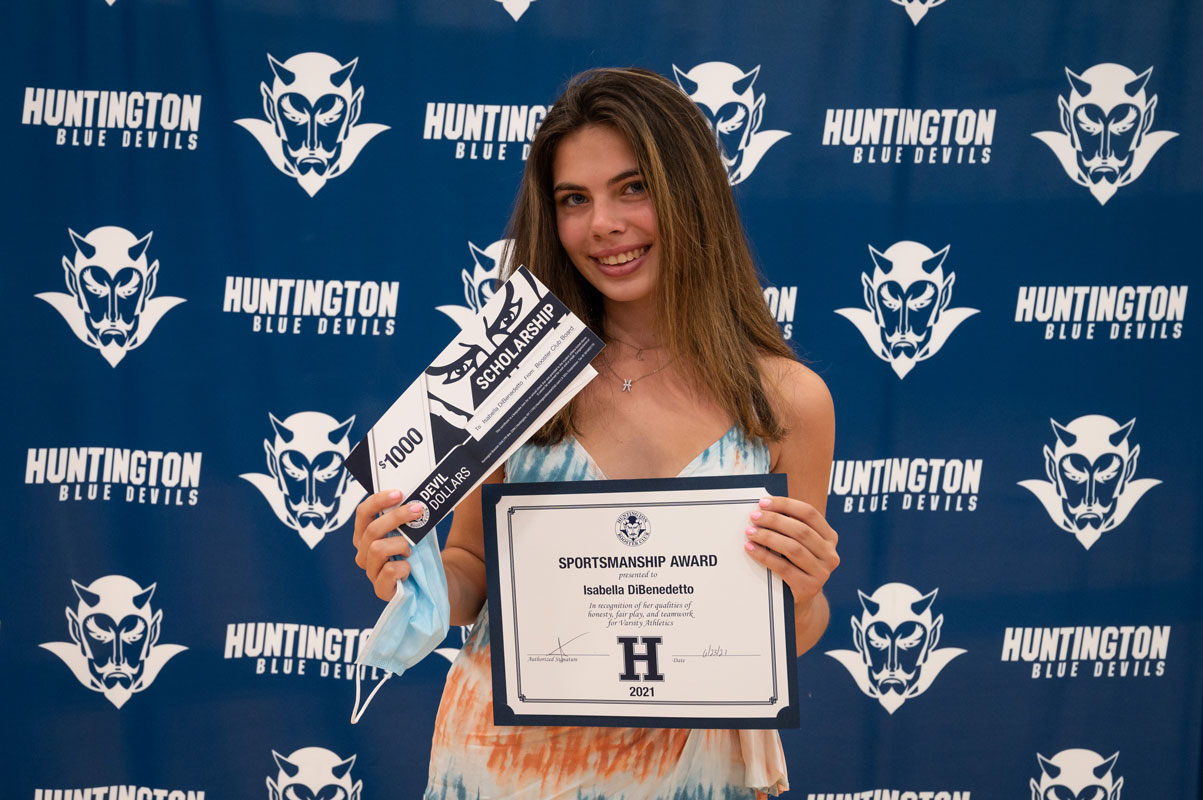 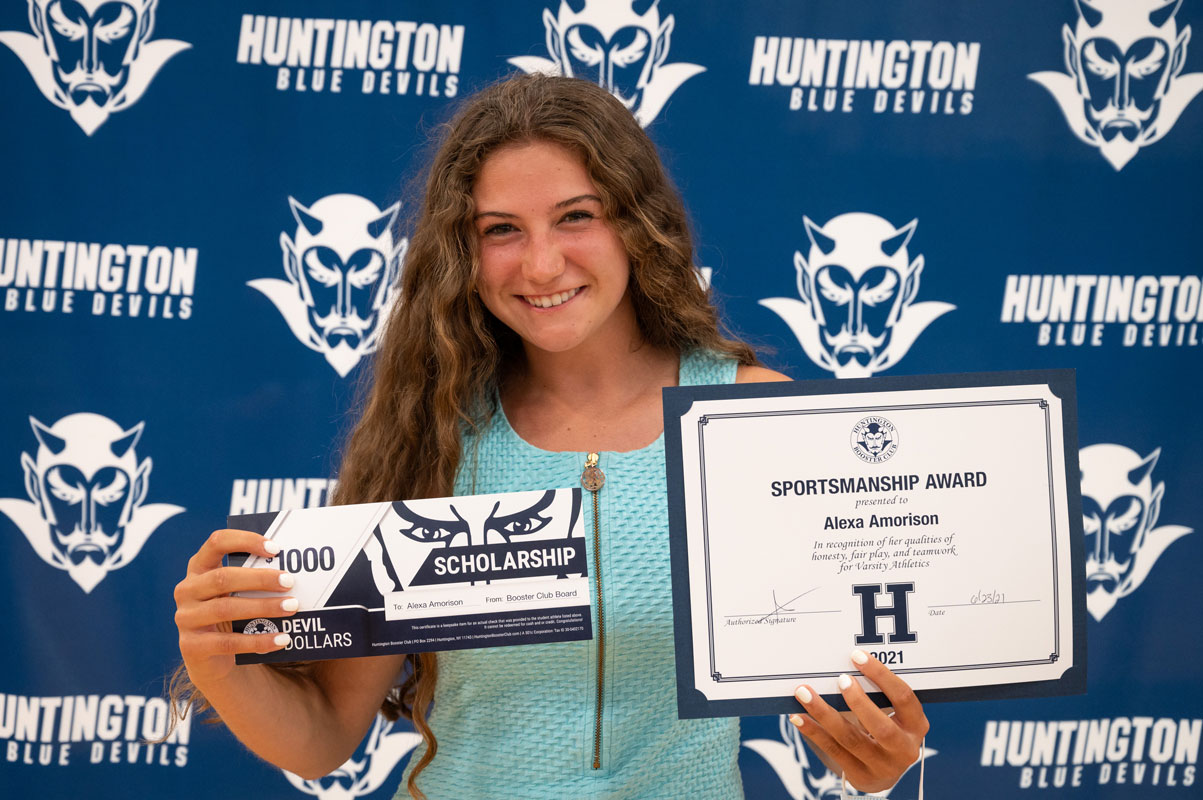 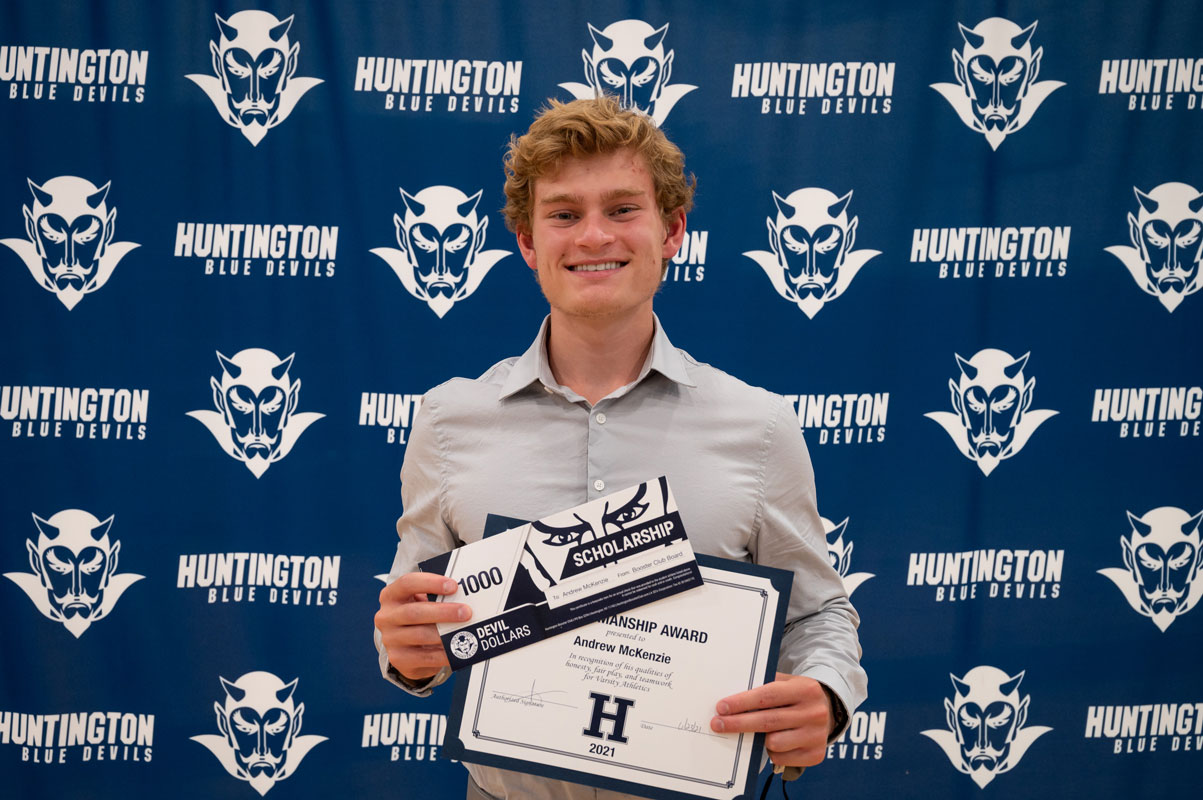