John Fulton, Sr. was regarded across the community as a great man and really good guy. Patient, empathetic and generous to a fault, he was loved by his family and friends. He grew up in Huntington, stayed here to raise his family and ran a wildly successful business out of a building in the village.

A member of Huntington High School’s Class of 1973, Mr. Fulton was proud of his long and faithful association with his alma mater. He sent his own children through the school and was often seen in the crowd at events across the district. When he lost his battle with multiple myeloma on August 27, 2009 at 55 years old, it was a terrible blow to his family and friends.

Mr. Fulton owned and operated the Huntington Pennysaver Group. As a successful businessman, he was in a position to help others in need and he never hesitated to do just that whenever he could, usually staying under the radar and preferring that no one even knew what he had done. He helped for all the right reasons and cared nothing about receiving credit or a pat on the back. Someone needed him and he was there.

The John F. Fulton Foundation was created by the Fulton family to perpetuate the memory and values of a very special man who believed that young people and the schools they attend play an integral role in every community.

This year’s $250 Fulton scholarship was presented to Torin Bograd, an exceptional student-athlete who has helped lead the Blue Devil football and lacrosse teams for many years.

The teenager has been recruited by SUNY Geneseo to play on its men’s lacrosse team. She plans to study business/physical therapy at the school.

Mr. Bograd said he owes his success to his “amazing teachers” who motivated him to do the best he can. The support of his friends and coaches also been an integral component of what he’s been able to accomplish over the past four years.

Playing two sports for the Blue Devils and developing so many happy relationships with his teammates and coaches have been unforgettable aspects of his Huntington experience. Among the most special relationships were the ones he developed with coaches Steve Muller and Todd Jamison and science teacher Stacey Byrnes.

Mr. Bograd would have hit it off with Mr. Fulton if they two had known each other. He’s one of the best competitors anywhere and that would have mattered to the successful businessman.

More than anything, Mr. Fulton was a firm believer in the value and importance of a good education. He always stressed that an education remained with a person for their entire life. He admired and respected Blue Devil athletes and rarely missed a game when his three children were playing for Huntington. Where the game was held, at what time or even what the weather happened to be on any given game day mattered little. He was there. 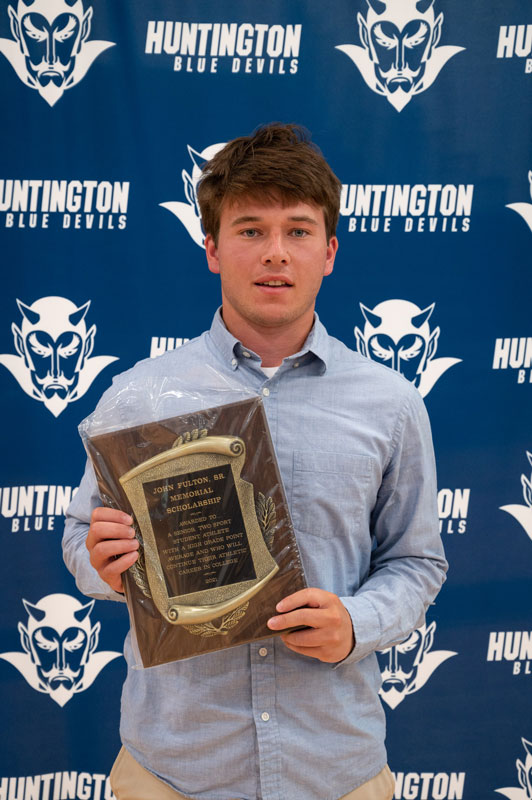 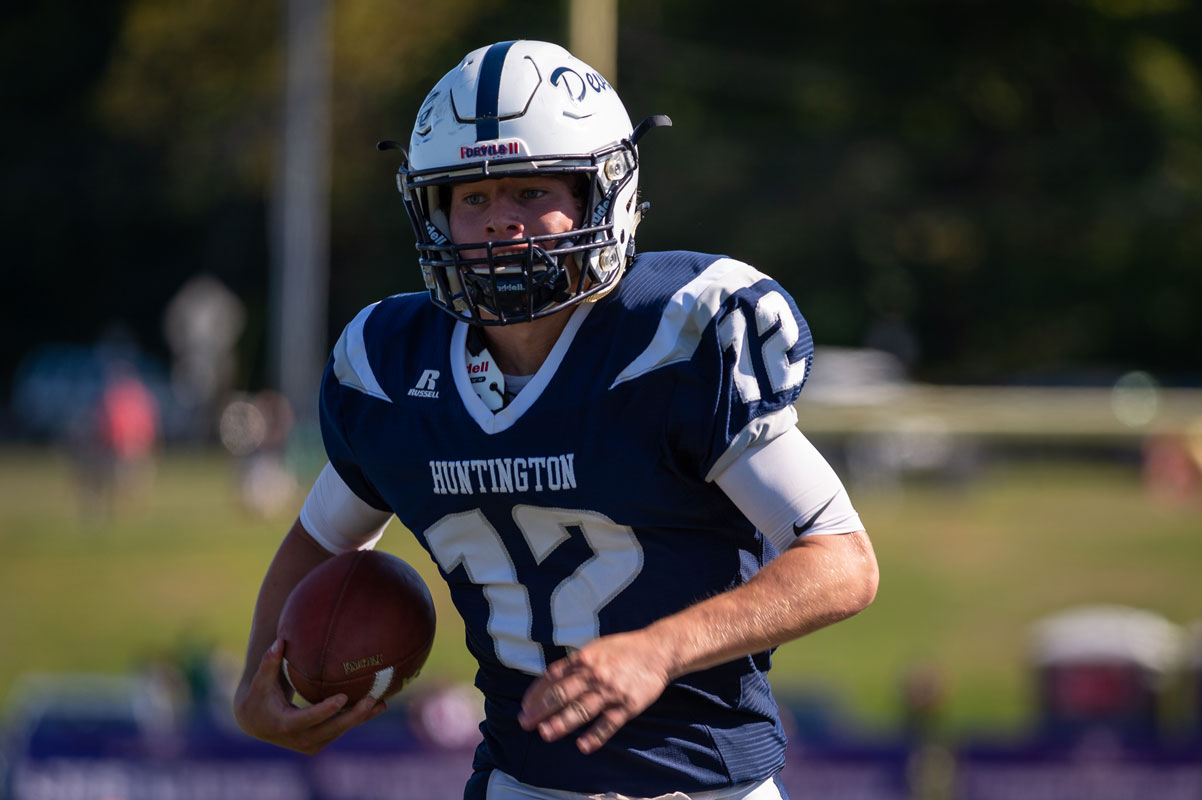 Quarterback Torin Bograd is on the move for Huntington. (Darin Reed photo)

Quarterback Torin Bograd is on the move for Huntington. (Darin Reed photo)