Few people can ever hope to have the remarkable impact on this world that Michael Samuel Gilmor did in his short time on this good earth. A John H. Glenn High School graduate, he was well known to students at Huntington High School through his dad, who is dean of student support. When he passed away suddenly at home of an aortic aneurism at only 22 years of age in August 2018, it was a terrible blow to everyone that knew and loved him.

Mr. Gilmor’s father, Robert is the founder of Huntington’s Habitat for Humanity club chapter. The father brought his son along on several trips the club made to rebuild housing in storm damaged communities across the country. During those trips, Michael Gilmor and the Huntington Habitat members were able to bond and grow to respect and admire one another. 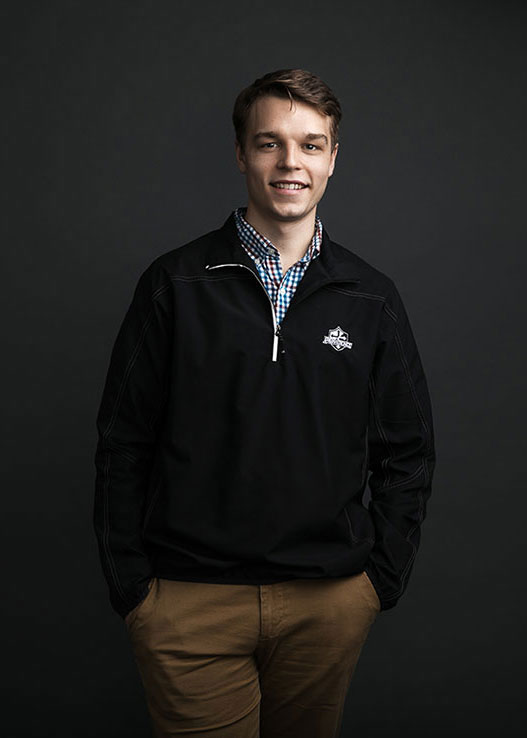 Mr. Gilmor was Providence College’s Highest GPA in Concentration Award recipient for the biochemistry department, chemistry department and business department. He played intramural water polo, volleyball and basketball and volunteered with Habitat for Humanity in his free time.

Choosing to learn from everyone he came across, Mr. Gilmor used that knowledge to impart upon others love, humor, respect, happiness and an overwhelming feeling of acceptance. His true gift was that he made people that he met along the way feel special and the most important person in his life at that moment in time. A quote used by him on many occasions that was given to him by his mom, Janet, sums up how he went about his days: “Life is far too short to sweat the small things and to ignore the amazing opportunities you have been presented with.”

The Michael Samuel Gilmor Memorial Scholarship has quickly become one of Huntington’s most cherished awards. Robert Gilmor and his wife, Janet, were understandably emotional during this year’s scholarship presentation, describing in short their son’s incredible life and how he touched the world and listing the many qualities and awesome future potential of each of the three recipients.

Huntington Class of 2021 members Aaron Chine, Kemberlin Hernandez-Veliz and Angelica Hernandez are spectacular teenagers and exceedingly worthy recipients of the second set of Gilmor scholarships, which were first awarded in the spring of 2020.

Mr. Chin and Ms. Hernandez-Veliz both received $500 stipends while Ms. Hernandez was presented with a $200 award.

An Advanced Placement Scholar with Distinction, Mr. Chin is headed to Bucknell University to study creative writing. He said the key to his success has been working hard. President of Huntington’s Habitat for Humanity chapter, he played on the Blue Devil varsity tennis team, served as a Natural Helper, performed with the high school marching band, wind ensemble and jazz band and earned the respect of everyone.

A member of six different academic honor societies, Ms. Hernandez-Veliz intends to study neuroscience at Hofstra University. Remaining focused, always expecting the best possible outcome and maintaining a positive attitude have been central to her success. She played on the Blue Devil varsity soccer and basketball teams and developed many rewarding relationships with classmates and teachers. The teenager volunteered with the Interact Club and Key Club and participated in the Huntingtonian yearbook club.

A member of numerous honor societies, Ms. Hernandez said dedication has been the key element in her success. She never stops working until she has accomplished what she set out to do. The teenager said she surrounds herself with positive thinking people who always root for her. She has been a leader with the high school’s Grandfriends club and AWOD (A World of Difference), an organization that strives to eliminate discrimination in all its insidious forms. Nominated for the Students Building Bridges Award, she was honored by the LI Jewish Council and New York State. She plans to prepare at Providence College for a career as an elementary grade special education teacher.

At the time of his unexpected and downright shocking passing, Mr. Gilmor had just completed a year of teaching English in Poland through the Fulbright English teaching assistantship program. He was Providence’s first science major to receive a Fulbright award and was one of just 15 students nationally to be chosen to teach in Poland.

Mr. Gilmor said he chose Poland because it welcomes teaching assistants with science backgrounds and because his great-grandparents were born there. He learned Poland had the first Habitat for Humanity chapter in Europe. Fulbright is the flagship international exchange program of the U.S. government.

As a Fulbright English teaching assistant in Poland, Mr. Gilmor taught English as a second language at Łomża State University of Applied Sciences and shared his knowledge of American culture by organizing activities and lessons in public schools across Poland. He especially enjoyed working with Polish youth in remote areas of the country, volunteering his time outside of the university teaching schedule to ensure as many students as possible had an opportunity to learn from an American grantee. He encouraged inclusivity during his hands-on lessons and encouraged his students to follow their dreams. He lived by the principles of teaching through experience and stories, through laughter and fun and through service.

On April 25, 2019, the Polish-U.S. Fulbright Commission in cooperation with the U.S. Embassy and Łomża State University of Applied Sciences organized a tree-planting ceremony in memory of Mr. Gilmor. The ceremony took place in Łomża, on the university’s campus. The event was attended by US, Polish and Fulbright officials along with professors and students who mentored or worked with Mr. Gilmor. In their remarks, speakers honored his memory and his involvement in educating Polish youth.

The oak tree planted in Łomża (with an engraved placard that bears Mr. Gilmor’s name) is a living symbol of hope and healing that will ensure that his life’s work lives on. 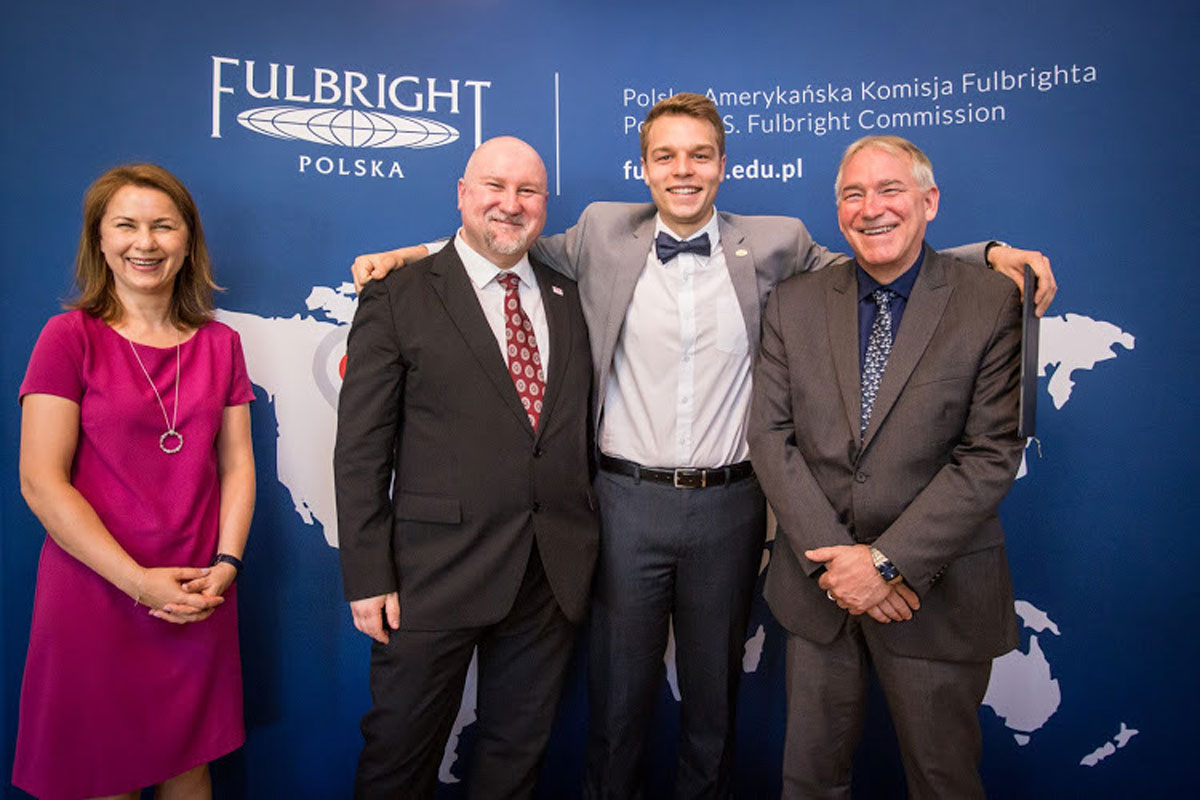 Michael S. Gilmor (second from left) with university and Fulbright officials in Poland.

Michael S. Gilmor (second from left) with university and Fulbright officials in Poland.