Alexa Rind plans to study political science at the University of Michigan at Ann Arbor. She’s a smart, well-spoken and highly informed young woman with a notable sense of responsibility and a desire to make the world a better place for everyone.

The Kiwanis Club of Huntington was so impressed with Ms. Rind that the organization presented her with its prestigious Quentin Sammis Memorial Award in recognition of her work as president of Huntington’s Key Club chapter and her potential to spur positive change for those who need it most. 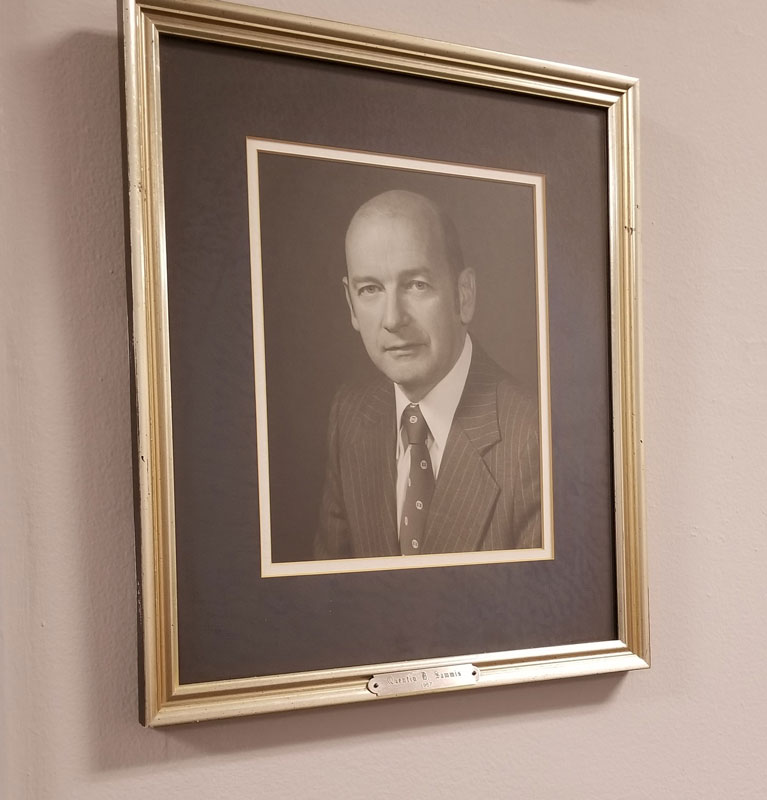 The Quentin Sammis Memorial Award is given to individuals who show “great passion” for service to their school and community, according to Kiwanis Club officials Peter Macaluso and John Reilly, who presented a scholarship to Ms. Rind during Huntington High School’s senior scholarship awards ceremony.

Ms. Rind was recognized with a special certificate by Messrs. Macaluso and Reilly along with a check for $1,000, which represents the stipend that comes with the Quentin Sammis Memorial Award.

The teenager served as president of the high school’s Key Club chapter this past year. Ms. Rind played an integral role in all of the organization’s initiatives.

Ms. Rind said the key to her success has been “knowing when to ask for help.” She said that “Whether for a difficult assignment or an ambitious idea” she has “learned the value of collaboration and teamwork.” This, along with hard work, prioritizing and striving to do her best, has contributed to being able to achieve so much during the past four years.

President of the Key Club, PR coordinator of the student government, a student lobbyist of Congress and a member of seven academic honor societies, Ms. Rind is an Advanced Placement Scholar with Distinction. Recipient of the President’s Volunteer Service Award, the teenager’s resume is hard to match.

Born May 16, 1924, Quentin Byron Sammis was a member of Huntington’s Class of 1942. He went on to serve his country as an ensign in the United States Navy, earn an electrical engineering degree at Georgia School of Technology (he began his college studies at Rensselaer Polytechnic Institute) and an MBA at Harvard Business School, serve as owner and president of Coldwell Banker Sammis real estate and Sammis, Smith & Brush insurance and lead Friends World College as its president.

Kiwanis is a global organization of volunteers, dedicated to changing the world, one child and one community at a time. The local chapter believes that Ms. Rind has the ability and determination to achieve great things for society and change the world for the better as she moves on to college and an eventual career in health care.

The Kiwanis Club considers the sponsorship of its service leadership programs, such as the Key Club to be among the most important projects it undertakes. The Key Club seeks to develop leadership, build character and provide service to the school and community.

Mr. Sammis founded the Townwide Fund of Huntington and the Huntington Arts Council and at one time or another was integrally involved in the YMCA, Huntington Hospital, the Visiting Nurse Service and the Family Service League. The Huntington High School graduate served in the US Navy during World War II and in the U.S. Navy Reserve for two decades.

Mr. Sammis, whose family has lived in Huntington village for generations dating to the Revolutionary War, passed away peacefully at home surrounded by his loved ones on August 29, 2007 after battling cancer for 13 months. He was 83.