The Huntington High School baseball is getting a makeover after the Blue Devil varsity won its first league title in 56 years and its first county crown since 1960. There won’t be any bad bounces next spring.

The project includes all new eight foot high black fencing around the field. The fence has been extended further down the out of bounds lines and into the outfield area. It replaces a decades old worn-out fence that had reached the end of its lifespan. The new fence has been repositioned behind the visitor’s side dugout along the grass athletic field.

A water line has been installed under the infield with a valve in a below ground level receptacle. It will be available for the grounds crew or coaches to attach a hose to it and spray the mound, batter’s box and infield to hold down dust on windy days.

The infield has been completely renovated and regraded and the pitcher’s mound has been rebuilt and brought to the proper and legal height. The base paths have been recut. The entire infield has been covered in lush, green sod. New sod has also been installed in foul territory along the first and third base lines and around the back of the batter’s box and in the outfield along the edge of the infield.

The district plans to install electricity in the dugout to power a sound system for use during warmups and between innings and to power a pitching machine in an adjoining batting cage.

The district also hopes to install a concrete platform stretching almost from dugout to dugout behind the backstop and place small sections of bleachers together in the area to provide obstruction free sightlines for fans. Some nearby high schools have done this and it has proved to be wildly popular.

Huntington UFSD lead operations manager George Austin supervised the field renovations. Earlier in the spring he was spotted beyond the right field fence watching the Blue Devils clinch the league title and win the county championship. Who knew that he was a baseball fan? 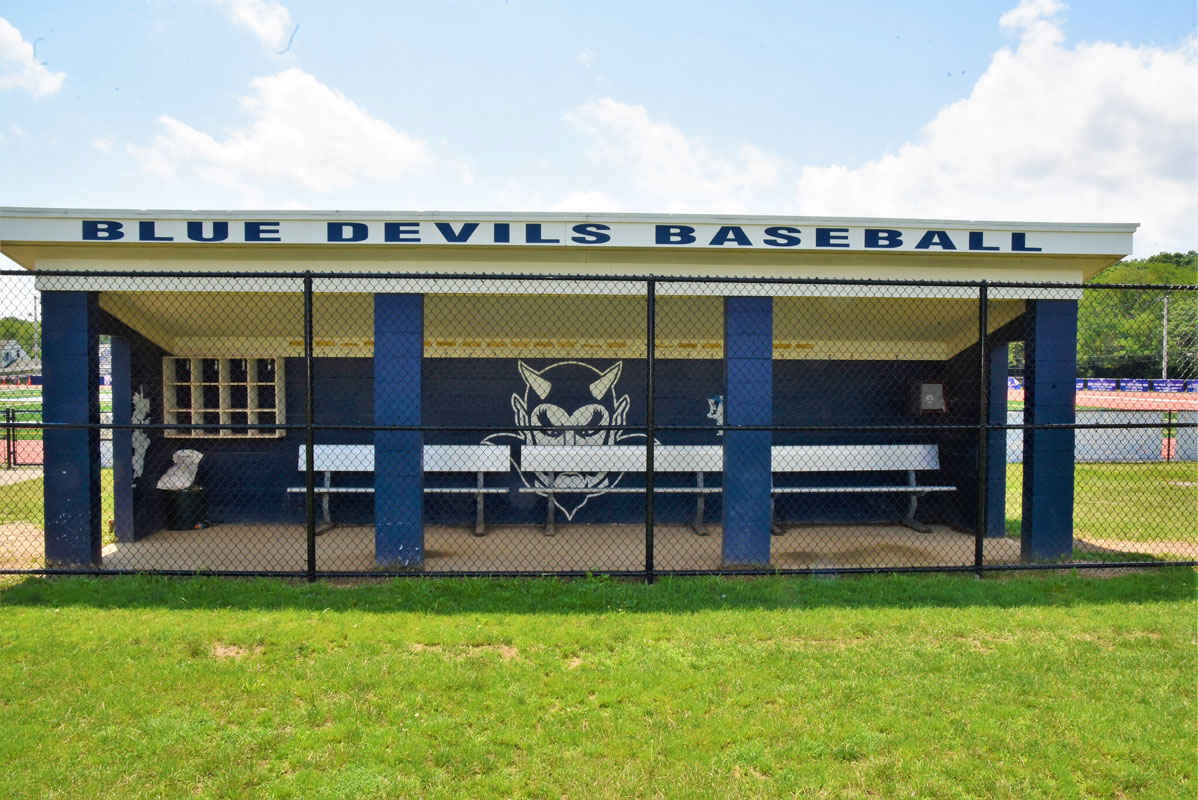 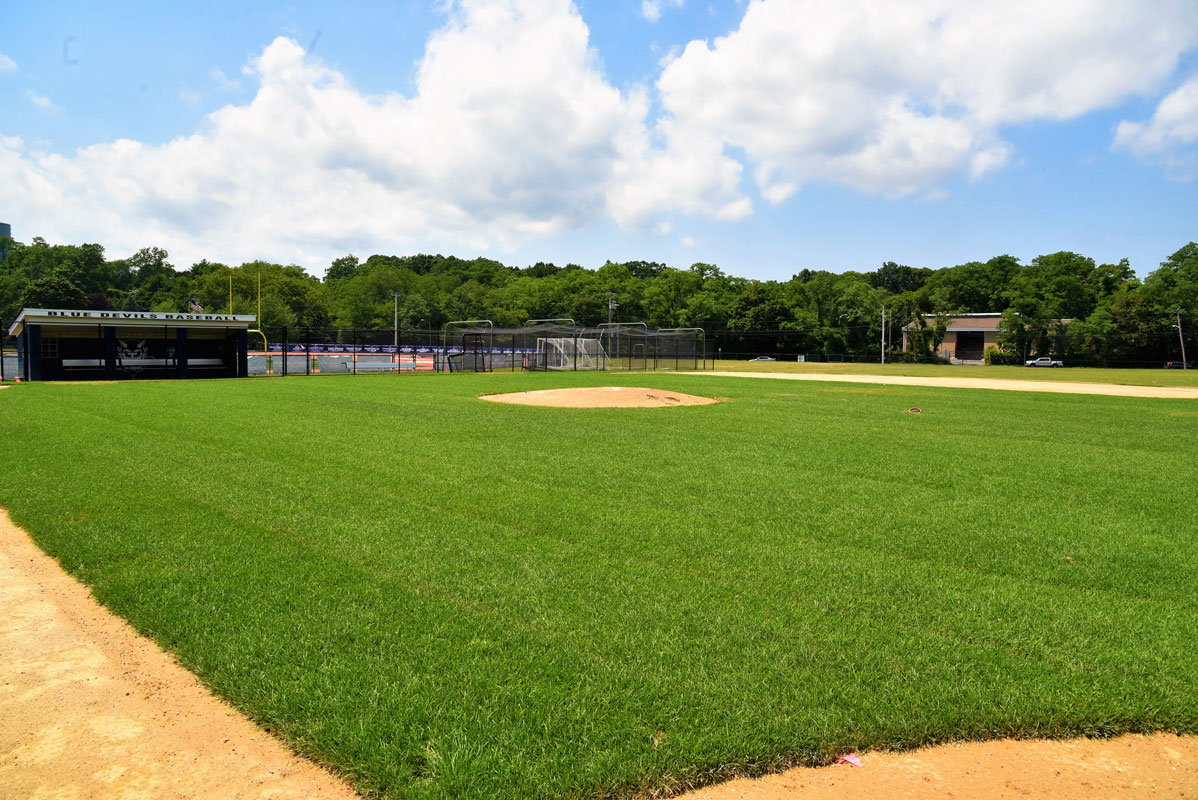 The infield has been completely resodded. 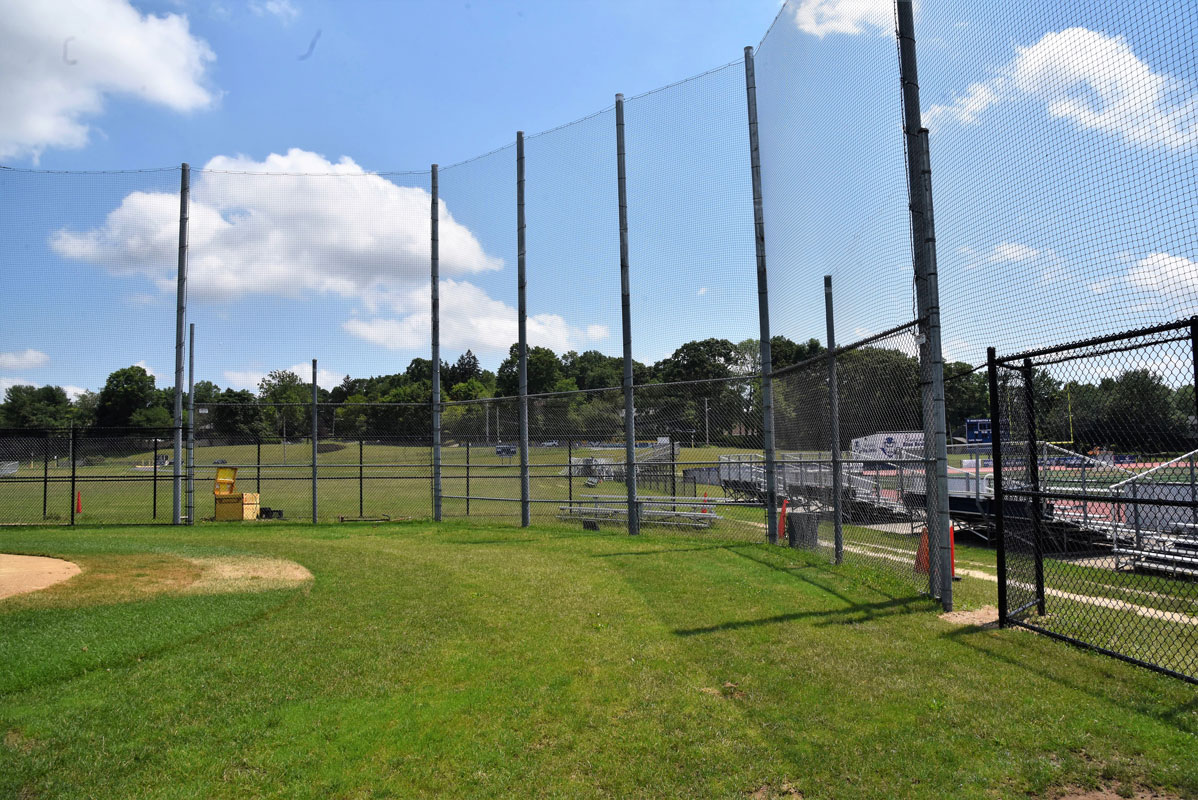 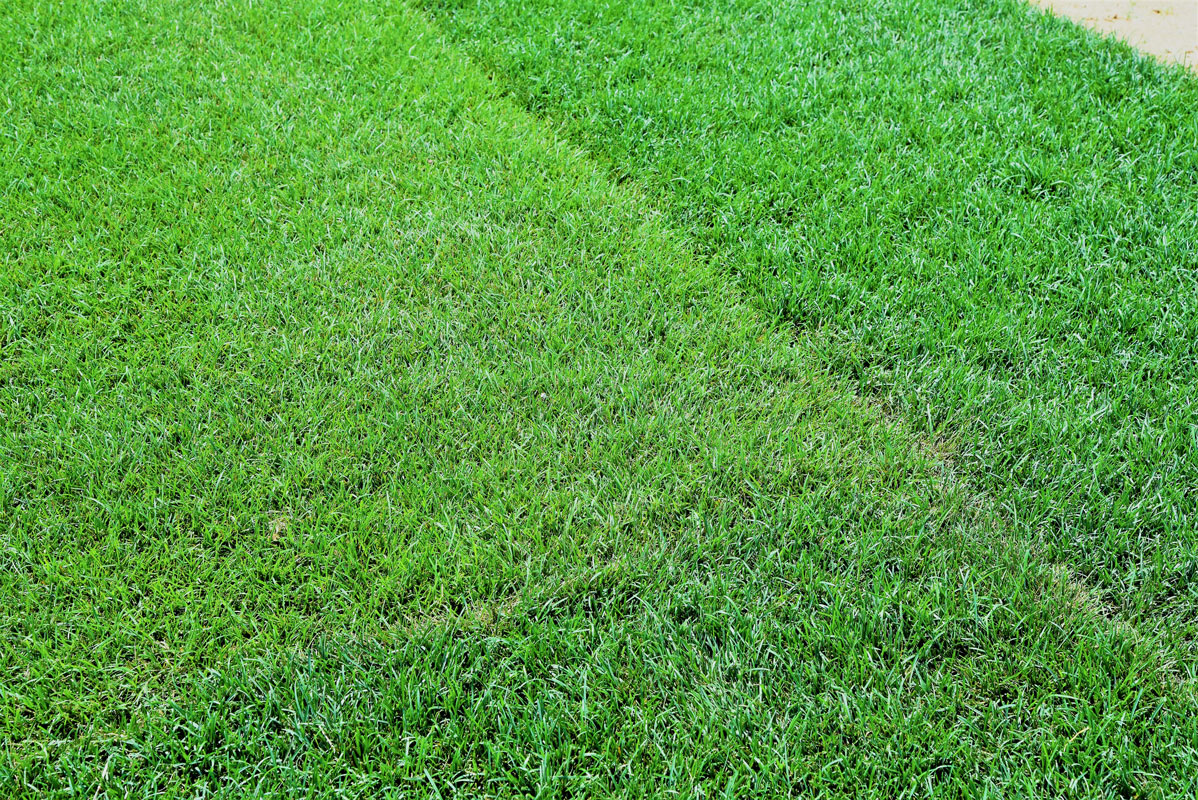 Thick green sod has been installed on the Huntington baseball field.

The infield has been completely resodded.

Thick green sod has been installed on the Huntington baseball field.