Alex Bellissimo doesn’t let anything stand in his way. The Huntington High School Class of 2021 member has overcome the most daunting personal challenges and compiled a list of enviable accomplishments.

Co-valedictorian of this year’s senior class and a starting player on the first Blue Devil baseball team to win the Suffolk title in 61 years, Mr. Bellissimo is this year’s recipient of the Justin Louis Giani Memorial Scholarship. The award carries a stipend of $4,000, allotted in annual amounts of $1,000 for each of four years of college. 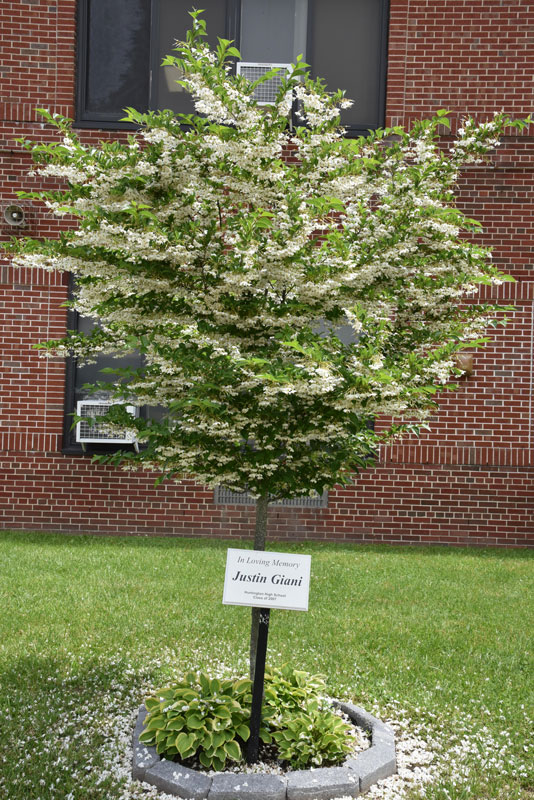 The scholarship honors a young man who will always be known for his genial nature, loyalty to family and friends and competitive spirit. An outstanding student, Mr. Giani compiled a 95 academic grade average, graduating near the top of Huntington’s Class of 2007. He went on to earn an undergraduate degree at Drexel University in Philadelphia where he majored in finance and competed on the NCAA Division I wrestling team.

Mr. Giani won varsity letters with the Blue Devil cross country and wrestling squads. He earned a record of 118-32 in five years of varsity wrestling, the last four as a Blue Devil. (He wrestled for Harborfields as an eighth grader.)

As a senior, Mr. Giani went 25-7 on the mat and won the Suffolk League V title. As a junior, he finished with a 28-6 mark and was league runner-up. At the time of his graduation, he was 10th on the all-time Huntington career victory list with 101 wins.

The Huntington alum was killed on March 28, 2015 while crossing US Highway 501 in South Carolina during a golf vacation with his friends. He was 25 years old. His death was devastating to his family as well as his former classmates, teammates, teachers and coaches.

The scholarship was presented to Mr. Bellissimo by Associated Teachers of Huntington Vice President Joseph Cohen on behalf of Mr. Giani’s parents, Linda and Joseph.

Mr. Bellissimo said the key to his success has been hard work and not letting any challenge get in his way. Close relationships with his teachers allowed the teenager to feel comfortable asking questions in the classroom and furthered his learning. He said he “loved” playing on the Blue Devil baseball and football teams. He also found time to volunteer with the high school’s Habitat for Humanity club.

Mr. Giani interned at Philadelphia based film distributor Breaking Glass Pictures before being hired full-time by the company and helping to develop its “financial architecture” and helping steer it toward acquisitions as it went about building its brand.

“Justin was more than an employee; he was a master of numbers, a ball of energy, an even-keeled ray of light that brought smiles to all he crossed paths with, no matter the situation,” the company said in a statement following the Huntington alum’s passing. “As we mourn the loss of a member of the Breaking Glass Pictures family and team, we more importantly celebrate the life of one of the world’s true gifts. Justin was always so full of life and happiness and we will always remember him that way.”

The Justin Louis Giani Memorial Scholarship is one of the most prized awards presented annually to Huntington’s top seniors. 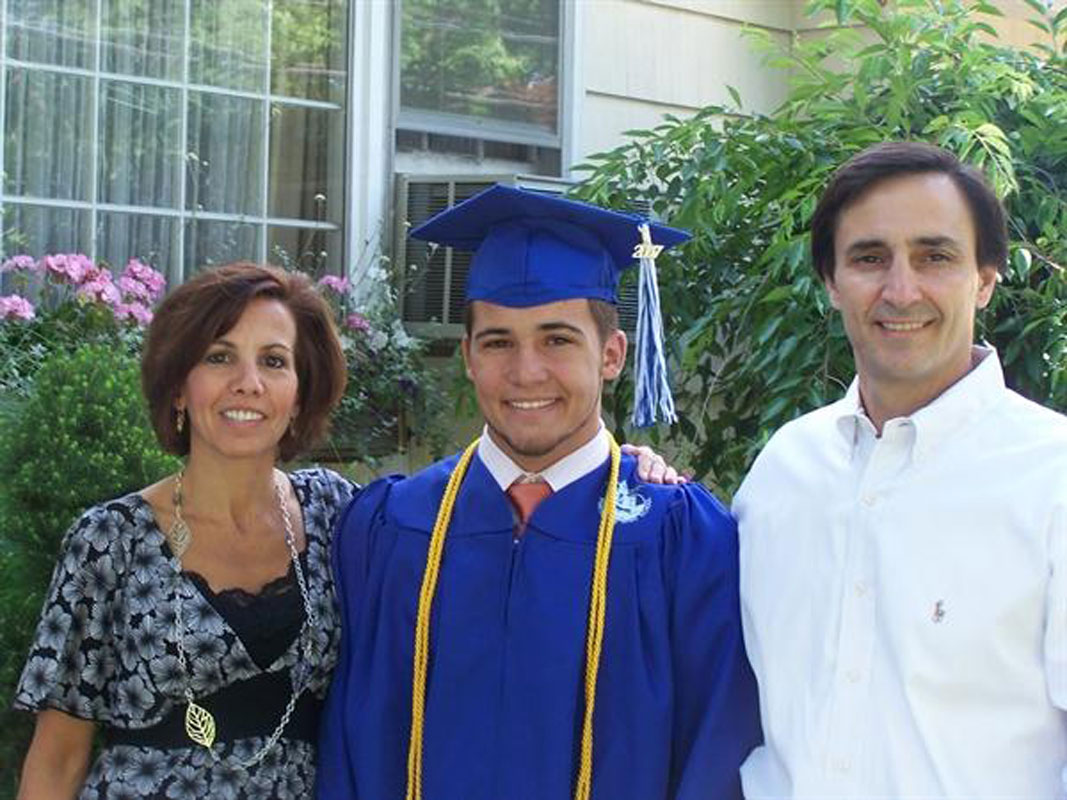 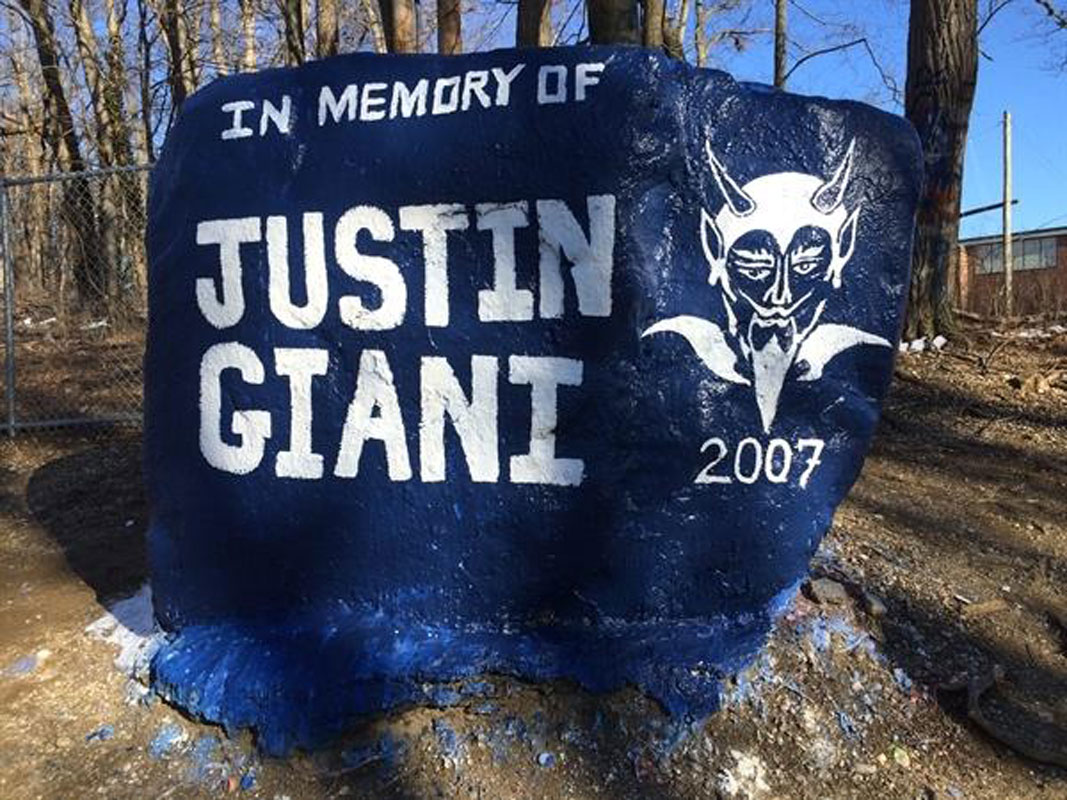 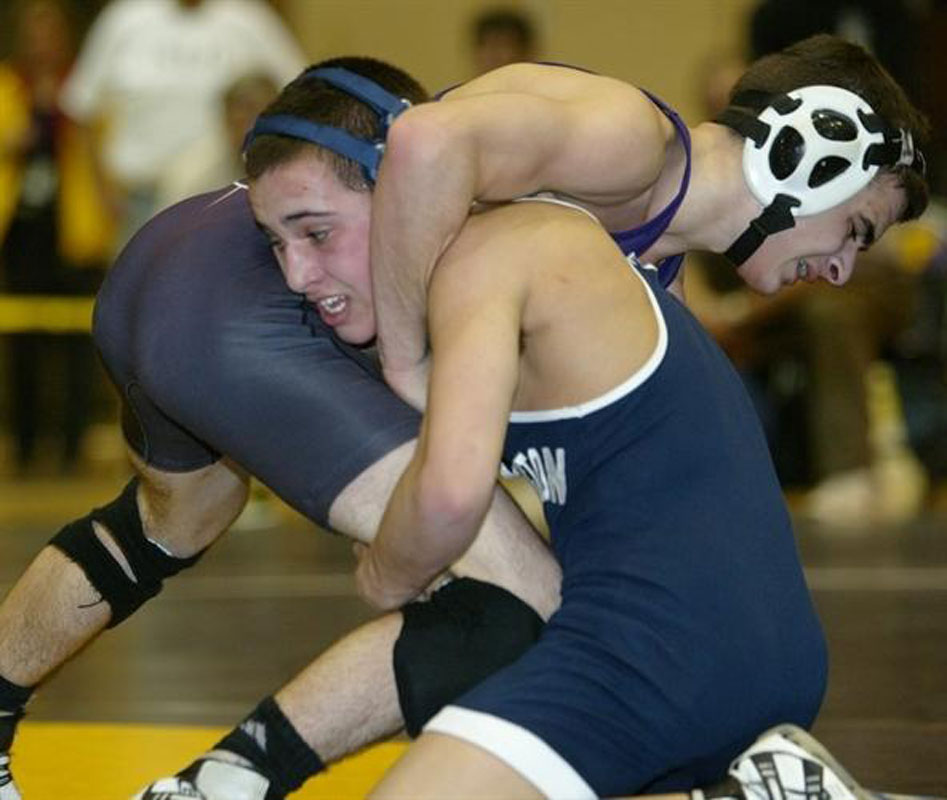