Kevin Drake enjoyed a career night, pouring in 22 points and adding six rebounds and an assist to pace the Huntington varsity boys’ basketball team to a 62-36 victory over West Islip in Louis D. Giani Gymnasium. The Blue Devils play at powerful Bellport tonight at 5:15 p.m.

Against West Islip, Drake dropped basket after basket from both sides of the court, including six three-pointers in a shooting display that electrified the crowd, which included Huntington Superintendent James W. Polansky.

Hunter Borenstein had 13 points along with 13 rebounds, four assists and three steals. Max Rentsch also turned in a stellar performance with 12 points, 16 rebounds, six assists, three steals and a block.

The Blue Devils scored the first 10 points of the game and led 17-4 after the first quarter. Huntington extended its advantage to 30-13 by halftime.

Huntington outscored the Lions in the second half, 32-23. The win improved the Blue Devils overall record to 4-3 this season.

Rentsch is averaging 16.0 points and 13.0 rebounds this winter. The senior has 23 assists and 14 steals. He leads Huntington with 112 points and 91 rebounds in seven games.

Borenstein is averaging 13.1 points and 6.4 rebounds per game. The junior has 19 assists. He has scored 92 points and pulled down 45 rebounds.

Ward averages 12.8 points and 5.4 rebounds. He has 11 assists. Coleman has a team high 39 assists. Drake leads the team with 14 three-pointers. Borenstein has dropped 12 baskets from beyond the arc. 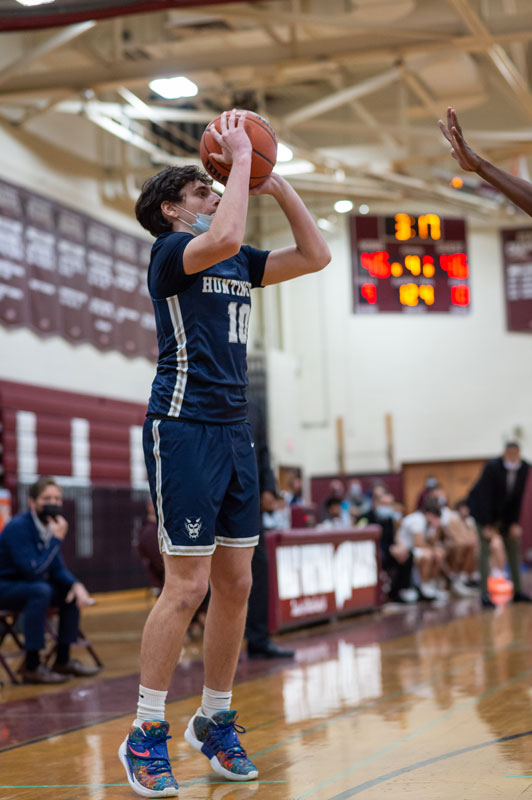